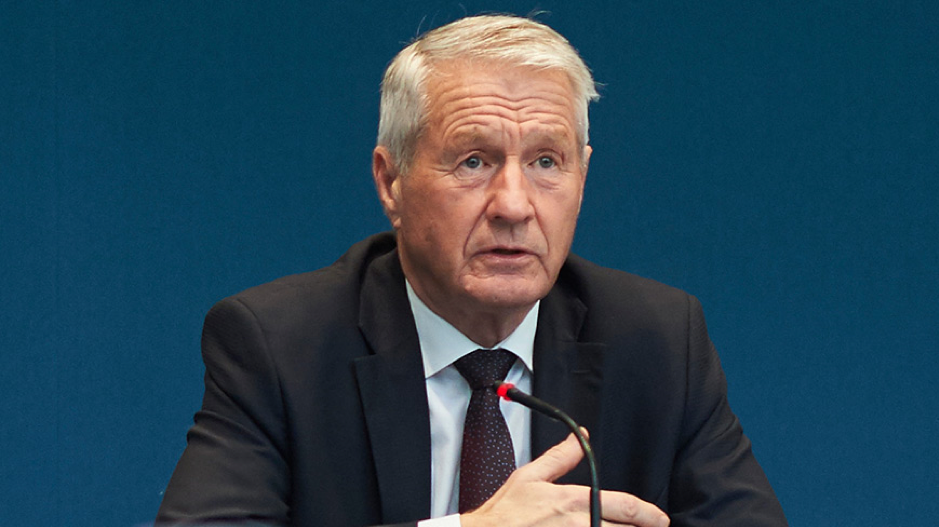 The Secretary General of the Council of Europe, Thorbjørn Jagland, has announced much-needed reforms to the human rights body’s “reprisal mechanism” – launched in May 2017 to ensure “human rights defenders… never face retribution for their principled stance.”

“It’s right that the Council of Europe upholds stringent criteria for the credibility and causality of cases submitted to the reprisals mechanism, but these should not prevent it from being an effective tool to address clear, often-systemic cases of reprisals”, comments Maria Dahle, HRHF Director.

Following up on measures set out in his 2019 report, the Secretary General announced in August 2019 that his office would refine criteria to assess reprisals and allow external direct reporting to the mechanism on alleged cases, including by human rights defenders and NGOs.

The Secretary General put the reprisals mechanism in place in May 2017 after announcing that he would strengthen protection for human rights defenders in April 2016. He acknowledged in December 2018 that the mechanism had not acted on a single case submitted to it, and accepted the need for reform.

“The opening of the reporting process to include human rights defenders and independent civil society will strengthen the quality and credibility of cases submitted. It is a welcome step towards ensuring an enabling environment for human rights advocacy at the Council of Europe, and in addressing threats and attacks that undermine the integrity and functioning of Europe’s premier human rights body. Civil society involvement led to the mechanism, and will now be essential in ensuring its effective implementation,” continues Dahle.

HRHF encourages civil society actors across Europe to make use of the mechanism, and urges the Council of Europe to continue to consult widely on ways to improve it.

The mechanism is open for direct reporting, including from civil society and human rights defenders. You can trigger it by providing information to the Secretary General’s Private Office focal point at: private.office@coe.int

Many human rights defenders in Council of Europe Member States face significant political and legal challenges for carrying out even basic human rights advocacy towards international organisations – in Member States such as Russia and Azerbaijan, as well as more recently in Hungary. This threatens the essential role of independent civil society in ensuring that discussions and decisions at the Council of Europe are informed by relevant expertise, experience, and realities on the ground, and that a full range of perspectives are heard. To counter this, it will be important for the Council of Europe to take a broader, longer-term approach when determining the causality between cooperation with the human rights body and acts of reprisal.

In the case of Azerbaijan, the European Court of Human Rights has already taken a longer-term approach when ruling in cases of acts against human right defenders – several of whom have cooperated with the Council of Europe. The Court established in 2018 that defender Rasul Jafarov’s arrest and pre-trial detention were not just unlawful, but that the purpose of his detention was to punish him for his human rights activities. In the case of human rights lawyer Intigam Aliyev, the Court also referred to systemic human rights violations in Azerbaijan, stating that “government critics, civil society activists, and human rights defenders” face “retaliatory prosecutions and misuse of criminal law”. These findings were informed by civil society participation, with the Helsinki Foundation for Human Rights in Poland, Freedom Now, and HRHF delivering third-party interventions before the Court in these cases, helping to provide the broader context and demonstrating a pattern of Azerbaijan’s consistent violation of its obligations under the European Convention.

HRHF specifically raised both of these cases – Rasul Jafarov and Intigam Aliyev– to the Council of Europe, as both of them were imprisoned soon after raising human rights violations in Azerbaijan at the summer session of the CoE Parliamentary Assembly (PACE) in 2014. HRHF then specifically raised the issue of reprisals before the CoE Committee of Ministers in February 2015, warning that “cooperating with international mechanisms has become a reason for many to fear intimidation and reprisal against them, their relatives, and their organisations by State and non-State actors”. HRHF advised that “intimidation and reprisal is not only a direct and immediate act. A reprisal can intervene following cooperation in a more sophisticated way… clearly linked to the cooperation with Council of Europe mechanisms.” HRHF’s calls from 2013 for a reprisal mechanism gathered widespread support from the Committee of Ministers, compelling the Secretary General to propose the mechanism in 2016.

Continuing with Azerbaijan as the example, highlighting the need for a longer-term approach, the speaker of the Azerbaijan parliament gave insight into the Azerbaijani authorities’ approach to civil society cooperation with the Council of Europe in February 2011. The speaker criticised the activities of NGOs at the Council of Europe and called for “steps to be taken” against human rights NGOs that criticise the government in international inter-governmental institutions. This statement came shortly after member NGOs of Human Rights House Azerbaijan, Human Rights Watch, and HRHF organised a side event parallel to the Council of Europe Parliamentary Assembly in Strasbourg, and just weeks before police carried out an inspection of the House in Baku, threatened members with eviction, and requested the House informs police in advance about all gatherings and people participating. Ultimately, in March 2011, Azerbaijan’s Ministry of Justice ordered the House to cease all activities – an order that to this day means the House remains closed.

The reforms announced by the Secretary General in August 2019 include the presentation of a report each year to the Committee of Ministers on the types of reprisals raised, which could be a welcome tool in highlighting and addressing some of the longer-term trends affecting defenders who cooperate with the Council of Europe. Defenders, journalists, and lawyers working on perceived sensitive topics are especially risk of reprisals for their legitimate human rights work. This includes people addressing election issues, environmental rights, women’s rights, LGBT rights, the rights of migrants, and inequality and corruption.

Reprisals are not confined to civil society cooperation at the Council of Europe; it is an issue affecting all international human rights bodies.

Continuing to strengthen the mechanism, at the 42nd session of the UN Human Rights Council (HRC42 – 9-27 September 2019), several members have put forward a resolution aimed at strengthening responses by the UN and States to reprisals. Human rights organisations, including HRHF, have urged support for the resolution.

Speaking during an interactive dialogue on reprisals with the UN Assistant Secretary General at HRC39 (10-28 September 2018), HRHF raised reprisals in the context of the 20th anniversary of the United Nations Declaration on Human Rights Defenders, stating that any celebrations are not genuine if we are not affording human rights defenders a safe environment and an ability to carry out their work without fear of reprisal.