Home
/
We stand for
/
Freedom of assembly

Freedom of assembly ensures people can gather and meet, both publicly and privately. Assemblies can be platforms to advocate for change and for people to raise awareness about the issues that matter to them, whether it is human rights, socio-economic rights, or any other issue.

Video: Clément Voule, UN Special Rapporteur on rights to freedom of peaceful assembly and of association discusses the importance of these freedoms.

The right to peacefully assemble belongs to all individuals, including persons espousing minority or dissenting views or working on sensitive issues, such as human rights defenders, trade unionists, and migrants.

“The right to express grievances or aspirations for change through peaceful protest lies at the heart of any democratic society.”

States have a responsibility to ensure that the right to freedom of assembly is protected, especially when those who assemble protest against public policies and challenge the State.

The right to peacefully assemble comprises the right to freely choose the location and the timing of the assembly, including public streets, roads and squares.

The right to assemble online must also be fully guaranteed.

Governments often violate the right to freedom of assembly as a method of suppressing dissent and critical voices. The right to peaceful protest is indeed a core component to the right to assemble peacefully. However, in many circumstances, peaceful protestors are subject to arrest, violence, threats or intimidation.

In some cases, legal provisions criminalise organisers and those participating in peaceful assemblies, and in other cases, interpretations of the law may be manipulated to legitimise the arrest of peaceful protestors. Intimidation techniques such as these often engender a culture of self-censorship.

Violations of the right to freedom of assembly therefore have serious implications for society, as they deny an open and pluralistic dialogue and repress one of civil society’s core measures for challenging authorities.

Also, more and more States are trying to block social media and communication tools, to hinder the  organisation of protests. No such restrictions should be permitted.

States must refrain from using pretences to abusively restrict the right to protest, such as through misusing anti-terrorism or national security measures. Rather, they should facilitate access to the public space and ensure the smooth holding of protests, without undue use of violence by law enforcement officials.

Countries’ legal frameworks must contain effective, clear, and reasonable provisions on the right to protest; limitations should be a last resort. The right to protest lies in the recognition and protection of rights that include freedoms of expression and opinion, association, and peaceful assembly. 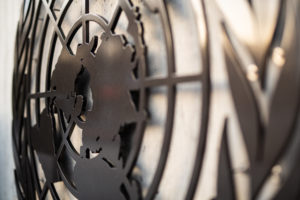 Moscow Mechanism report on Ukraine: Next steps for the OSCE 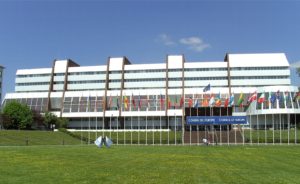 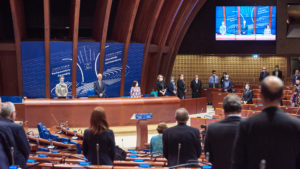 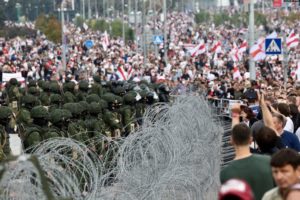 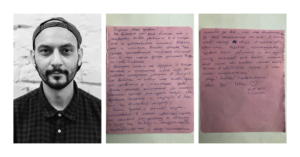 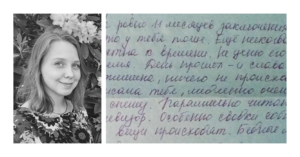 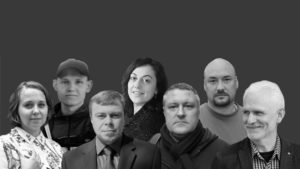 We stand for
Private: How we see the world
Freedom of association
Human rights defenders