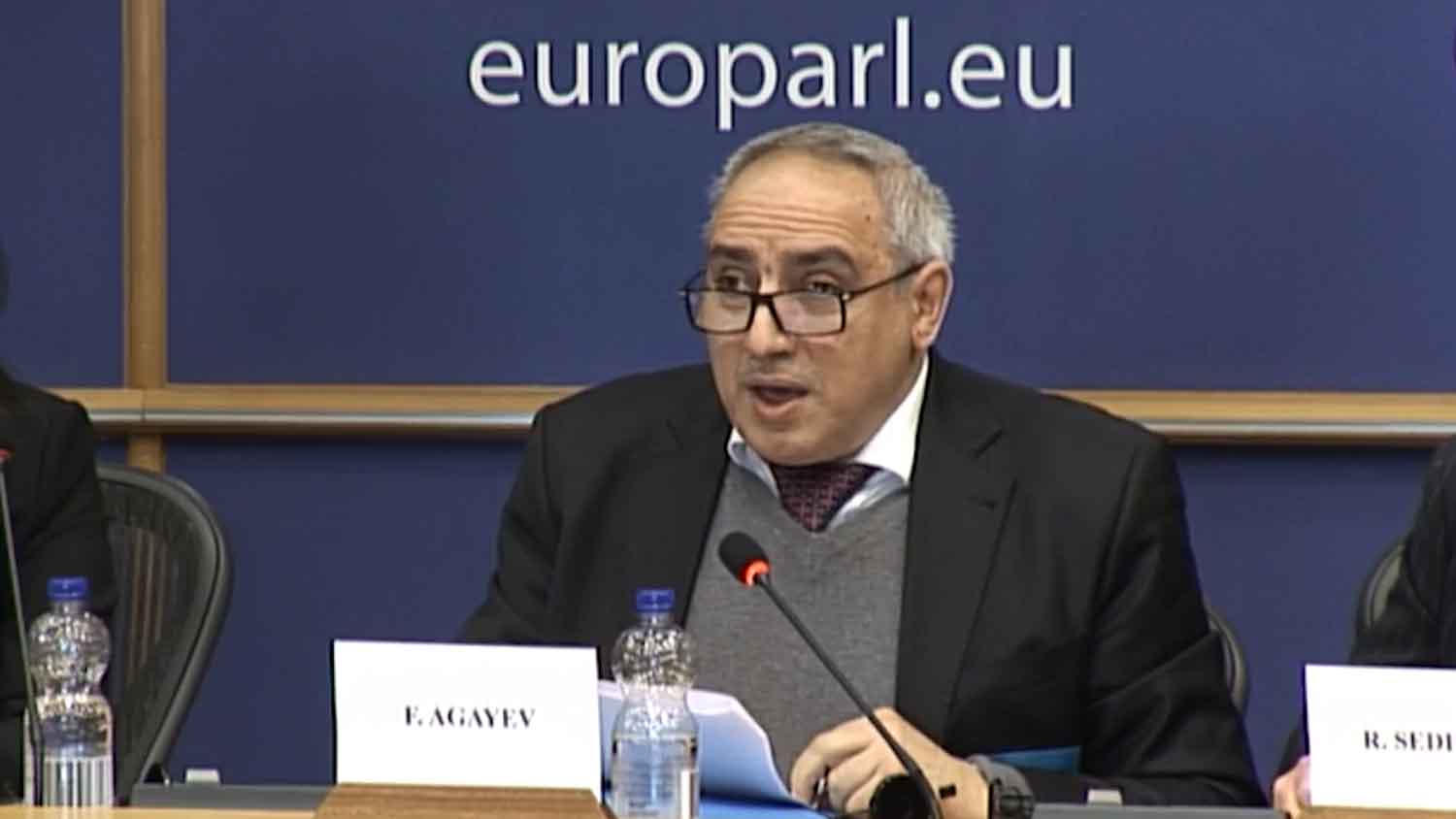 Extract from a statement given at the European Parliament Subcommittee on Human Rights on 19 February 2019.

“The Bar Association of Azerbaijan has – over the past 20 years – gone from bad to worse, and sadly today it is at its worst.

Professional associations of lawyers have a vital role to play in upholding professional standards and ethics, as is clearly set out in international standards. They protect their members from persecution and improper restrictions and infringements. They provide legal services to all who need them. And they cooperate with governmental and other institutions to further justice and the public interest.

This is not the case for the Bar Association of Azerbaijan.

The result is that only a handful of human rights lawyers are allowed to defend the rights of Azerbaijanis in the courts.

The risk is that these developments will lead to the full elimination of Azerbaijani human rights lawyers from national courts, as well as from international cooperation such as work with the Council of Europe and the European Court of Human Rights.

On top of this, the Azerbaijan Bar Association has shown inconsistency in upholding lawyers’ duty of confidentiality in cases involving human rights defenders.

Representing the rights of many in Azerbaijan, Fuad Aghayev is a prominent human rights lawyer. He is one of the lawyers defending prominent imprisoned video blogger Mehman Huseynov, and also represents, among other high-profile clients, formerly imprisoned opposition politician Ilgar Mammadov and director of the Turan independent news agency Mehman Aliyev.

Some 41 member and partner NGOs of 13 Human Rights Houses raised concern about pressure by authorities against Fuad Aghayev and others representing Huseynov, on 11 January 2019.

Aghayev, in his statement, raised reprisals against human rights lawyers Intigam Aliyev and Alaif Hasanov, among others.

“My activity in the European Court, especially election cases, played an important role in my imprisonment. These activities irritate the government. Our organisation and I were notified about undesirable outcomes of this activity continually,” states Aliyev.

Aliyev was arrested in August 2014, and in April 2015 he was sentenced to seven and a half years in prison on politically motivated charges. Prior to this, he was excluded from the Bar Association and targeted with bureaucratic and legal harassment, as documented in the HRHF co-authored report Breaking Point in Azerbaijan.

Alaif Hasanov was expelled from the Azerbaijani Bar Association for a criminal charge for defamation that relates to his work defending political prisoners. He was unsuccessful in his appeals at every level of the Azerbaijani court system.

The disbarment of lawyers continues in Azerbaijan. On 23 February 2019, just days after the hearing at the European Parliament, an Azerbaijani court confirmed the disbarment of Yalchin İmanov, who was expelled from the Bar Association in November 2017 after reporting the torture of his client. On 25 February, lawyer Elchin Sadigov was reprimanded by the Bar Association for advising his client on filing a complaint about the torture he was subjected to. Human rights organisations have warned that the complaint against Sadigov “seems to be based on confidential attorney-client discussions, apparently obtained through extralegal surveillance.”

On 21 October 2016, the then Special Rapporteur on Judges and Lawyers, Monica Pinto, raised to the UN General Assembly the issues of disbarment as a sanction and discrimination in admission to the legal profession.

In her report, she writes: “State authorities too often use their control over the licensing of lawyers to prevent certain persons from entering the legal profession, or to exclude lawyers they deem to be problematic… These lawyers are often those who take human rights cases or other sensitive cases such as police abuse, corruption, or terrorism-related cases.”

“Only a legal profession that is representative of the composition of society will be in a position to ensure legal services that answer the needs of all sectors of society,” she reports, calling on States and bar associations to “ensure that anyone can enter the legal profession without discrimination,” and for admission procedures to be “clear, transparent, and objective.”

HRHF organised consultations for civil society to give input to the Special Rapporteur and her report on 11 and 12 June 2016 in Belgrade. The consultations were attended by more than 50 prominent lawyers, legal professionals, and human rights defenders, including from Azerbaijan.

“Situations where the State, in particular the executive branch, controls all or part of a bar association, or its governing body… are clearly incompatible with the principle of the independence of the legal profession,” states the Special Rapporteur. “In some countries, travel bans – sometimes followed by detentions – make it practically impossible for lawyers to carry out their work.”

Calling for a European convention to protect lawyers on 24 January 2018, the Parliamentary Assembly of the Council of Europe (PACE) raised concerns that harassment, threats, and attacks against lawyers continue in many Council of Europe Member States. In its recommendation, the Assembly states that attacks are even increasing in some States, where they have become “widespread and systematic and are apparently the result of deliberate policy.”

At the time, HRHF raised concerns that the convention may not include all categories of lawyers, applying only to members of national bar associations. This is a matter of concern as it potentially leaves out some of the lawyers who are most at risk, especially considering serious questions over the independence of bar associations in some countries – including Azerbaijan as raised by Fuad Aghayev.

PACE called on the Committee of Ministers – where all CoE member states’ foreign ministers are represented – to draft a convention on the profession of the lawyer. This could be the first step in a process at the European level to strengthen guarantees for lawyers and create an enforcing instrument to hold States accountable for abuses.

The Committee of Ministers responded on 31 January 2019, also raising concern at threats to the safety and independence of lawyers, and stating that it was in favour of conducting a feasibility study on whether it is appropriate to embark on the drafting of a new convention on the protection of lawyers.

The background to this recommendation is that PACE prepared and adopted a report under the title “The case for drafting a European convention on the profession of lawyer.” The rapporteur – Sabien Lahaye-Battheu (ALDE, Belgium) – explored the situation of lawyers in different Council of Europe member states and underlined the importance of lawyers’ work to ensure the respect for human rights and the rule of law. The report raises some national situations of particular concern within the Council of Europe region, such as the cases of Azerbaijan, Russia and Turkey.

During the preparation of the report, the rapporteur consulted with a number of experts, including prominent Azerbaijani human rights lawyer Khalid Baghirov, and representatives of Human Rights House Foundation and Lawyers’ Committee for Human Rights (Yucom), member of Human Rights House Belgrade. The issues raised included the reluctance by lawyers to join bar associations when these clearly lack independence from the authorities, as well as the importance of addressing reprisals against lawyers cooperating with the Council of Europe.

In September 2015, HRHF highlighted the growing intimidation and persecution of human rights lawyers and made the case for strengthening the protection they receive in its report Human Rights Lawyers at Risk. This report includes several cases from Azerbaijan.