To guarantee fair trial rights, governments must avoid interfering with the rights of lawyers to represent the clients of their choice and to work on the issues they choose. They must ensure human rights lawyers have the same level of access and possibility to communicate in confidence with their clients as any other lawyers.

On International Day of the Endangered Lawyer, 21 January 2020, the International Bar Association’s Human Rights Institute is to launch a Toolkit on Lawyers at Risk, developed in partnership with the Bar Human Rights Committee, Human Rights House Foundation, Lawyers for Lawyers and Lawyers’ Rights Watch Canada.

In recent years, pressure has intensified on lawyers working on human rights or representing individuals claiming their rights were violated. This trend, observed particularly in Eastern Europe, has grave consequences, with human rights lawyers unable to work safely and efficiently, and their clients not prevented from exercising their right to legal defence and protection. It threatens the well being of societies as a whole and the functioning of States under the rule of law

Increasing risks and threats to human rights lawyers has grave consequences, as the work of the human rights lawyers ceases to be efficient and safe and the principle of confidentiality is violated. This will unavoidably result in a loss of trust in human rights instruments in general, including international courts and quasi-judicial bodies.

The popularity of human rights lawyers in many countries, such as Intigam Aliyev in Azerbaijan, is due to their role in protecting those suffering human rights violations. As Xiao Guozhen put it: “The increasing popularity of human rights lawyers, especially among the disgruntled and oppressed, and their rising in influence on social media, has scared our leaders to such an extent that they felt it necessary to carry out the current wave of nationwide arrests.”

Today, there is double repression: governments restrict the enjoyment of human rights for all people, and those defending human rights fear more and more severe retaliation. Human rights defenders are also victims of laws criminalising their work. Governments also use sophisticated methods to harass, intimidate and punish lawyers defending those whose rights were violated.

“My activity in the European Court, especially election cases, played an important role in my imprisonment. These activities irritate the government. Our organisation and I were notified about undesirable outcomes of this activity continually.” 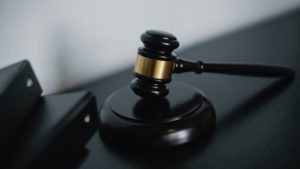 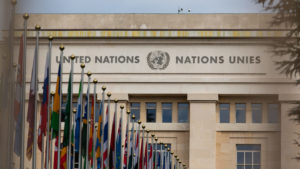 HRC47: Statement on Judges and Lawyers 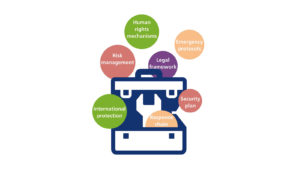