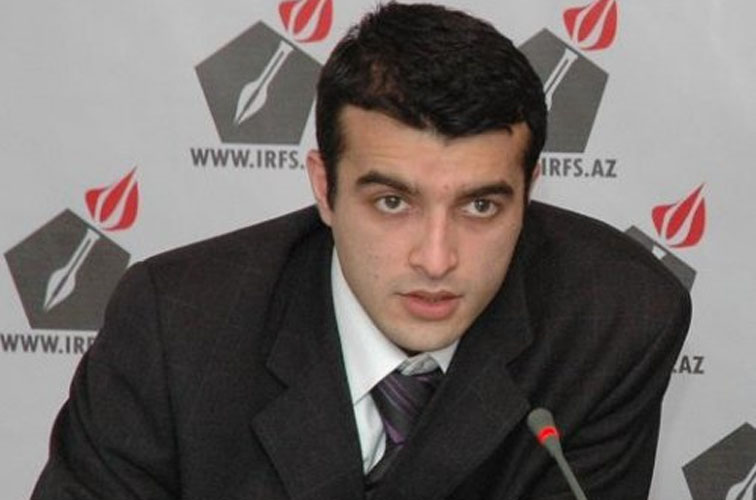 Rasul Jafarov sentenced to six and a half years in prison

“This is outrageous. Rasul Jafarov is sentenced to prison for exercising his peaceful and legitimate human rights work. All the alleged victims and witnesses denied the ungrounded accusations by the authorities in court. The court process is staged to create an image of rule of law to the international society, while the whole process is politically ruled.” says Maria Dahle, Executive Director of Human Rights House Foundation.

Rasul Jafarov is a lawyer and human rights activist. He founded the organisation Human Rights Club and has been internationally known through the “Sing for Democracy” campaign, launched to draw attention to the human rights situation in Azerbaijan when the country hosted the 2012 Eurovision contest.

On 2 August 2014, he was arrested and sentenced to three-months pre-trial detention. He was then accused of illegal entrepreneurship, evasion of payment of taxes, abuse of professional power, misappropriation of other’s property and fabrication of documents. Jafarov was arrested during an unprecedented crackdown on human rights in Azerbaijan and many other prominent human rights defenders were also arrested, including Intigam Aliyev, Leyla and Arif Yunus, Anar Mammadli and later the investigative reporter Khadija Ismayilova.

“The authorities of Azerbaijan has now come to an absolute low point of the regressive trend we have seen over the past years. We expect governments, international organisations and corporate businesses that have relations with the Azerbaijani government to hold Azerbaijan accountable and react firmly. Profound actions and sanctions must be taken as a response to Azerbaijan’s severe crackdown on independent civil society and human rights defenders – and to Azerbaijan’s total disrespect of international agreements and responsibilities.”, urges Dahle.

Observers: violations of the rights to a fair trail

The Human Rights House Tbilisi and the Human Rights House Network have had observers, including international human rights lawyers, present at the hearings that started in February. They observed several violations of the right to a fair trail. During the first hearings Jafarov was shackled and kept in a metal cage, which portrayed him as guilty. It soon became evident that the victims in Rasul Jafarov’s case were either unaware of why they were victims or directly stated that the accused person never did them any harm.

An analysis of the trial procedures by the Helsinki Foundation for Human Rights (HFHR), the Netherlands Helsinki Committee (NHC) and International Partnership for Human Rights (IPHR) also raises serious doubts about whether the defendant’s fundamental right to a fair trial has been adequately protected. Even at the initial stage of the trial the accused and his lawyers had problems to access investigation materials. At the first hearings there was a guard seated next to the accused obstructing the communication with his lawyers, particularly the secrecy of such communication.

The prosecutor`s arguments concerning the actual accusations were vague. During the trial, the prosecution did not elaborate or deepen the charges.

The defence lawyers asked the court to conduct an independent expertise of the document presented by the prosecution as a proof of forgery from the part of the accused. The court rejected this motion; therefore lawyers presented a forensic expertise demonstrating that the signatures on financial documents and invoices were authentic. The court accepted the expertise as evidence but failed to grant the motion to hear the expert that had prepared the expertise.

Defence lawyers also submitted to the court letters from 20 donor organizations, which stated that all grant funds were spent as intended. The prosecution opposed to these documents, stating that they could be forged, similarly as the forensic expertise. The court, however, accepted the material provided by the lawyers.

The above shows how the system violates the right to a fair trail and illustrates the political motives behinde the sentencing of human rights activist Rasul Jafarov.

Rasul Jafarov met with Eurovision winner Loreen to talk about the human rights situation in Azerbaijan.

The campaign used Eurovision as platform to advocate for the protection of human rights and democratic values in Azerbaijan, followed by targeted lobbying for the implementation of specific democratic reforms. A group of Azerbaijani human rights organizations launched a ten month public advocacy campaign during the run up to the Eurovision 2012 song contest, which wsa held in May 2012 in Baku. The campaign will cover not only Azerbaijan but also other Council of Europe member states.