The right to access domestic and international funding without hindrance is an essential condition for a sustainable civil society.

The origin of funding must not be used as leverage to put pressure on NGOs or as justification to discredit or criminalise their work. States should not base limitations on access to funding on the geographic location of the donor – whether inside or outside the country where the recipient NGO operates.

“The ability to seek, secure and use resources is essential to the existence and effective operations of any association, no matter how small. The right to freedom of association not only includes the ability of individuals or legal entities to form and join an association but also to seek, receive and use resources – human, material and financial – from domestic, foreign, and international sources”

UN Special Rapporteur on the rights to freedom of peaceful assembly and of association Maina Kiai.

The Human Rights Council has reiterated that States should not impose restrictions on potential sources of funding for human rights activities, other than “those ordinarily laid down for any activity unrelated to human rights to ensure transparency and accountability.”

Donors also have an important role to play. As the environment for accessing international grants is growing more restrictve, international donors are becoming more flexible, and many donors are already adapting their methods to evolving situations.

Since 2012, more than 60 States have adopted legislation criminalising foreign funding for human rights work, including Azerbaijan, Belarus, Russia, India, and Ethiopia, with the trend expanding to countries such as Hungary.

“See the new Berlin Wall erected:  the “foreign agent” type anti-NGO regulations. This time, the divides are built of legal provisions, not concrete and steel. But their function is the same: to eliminate the indivisibility of human rights, proclaimed by the international community after World War 2 – and in fact, the main lesson of WW2.”

Such laws are not necessary, but are merely a tool to control, restrict, and ultimately hinder access to funding for NGOs not obedient to the government. With such laws, authorities aim at replacing independent civil society with groups indebted to those in power.

Restrictive laws are systematically adopted in a climate of stigmatisation of human rights defenders and  their NGOs, and succeeded by further measures restricting civil society activity. These include heavily bureaucratic control of  the functioning of associations  and foundations, highly obstructive financial reporting schemes to authorities (not to the donors), and measures limiting the ability of human rights defenders to engage  in the public debate. Russia has gone so far to pass legislation on “undesirable organisations.”

It is also not surprising that legislation on foreign funding often distinguishes between “political activities” and other activities; the aim is to limit the activities of human rights advocacy, and work such monitoring elections and exposing corruption.

Restrictive mechanisms have proven effective because foreign funding is often the only financial support available to human rights NGOs. This restriction impedes organisations’ sustainability, autonomy, and ability to work. The consequence is that critical voices are suppressed.

The findings and recommendations in the report are based on information collected from various Human Rights Houses and their partner and member NGOs, donors that have successfully adapted their working methods, as well as HRHF’s years of experience working with international donors and of acting as a donor to Human Rights Houses.

“We wanted to make a report to analyse the situation and to gather information from human rights organisations and donors that have adapted to the situation and can share the best practices and their recommendations on how to further improve how we support independent civil society under these very difficult circumstances,” continued Maria Dahle.

Based on the findings, the report provides practical solutions to counter restrictions, outlining four key principles and corresponding recommendations for international donors to strengthen and continue their support for human rights NGOs. The four key principles are sustainability, flexibility, coordination, and independence. 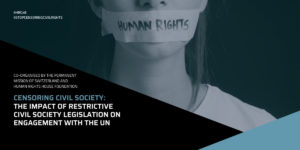 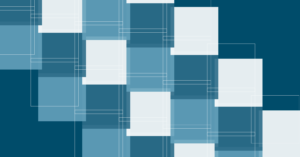 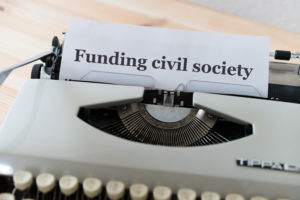 Belarus: Stop Pressure on CSOs in Connection to their Right to Access to Funding

We stand for
Resisting ill democracy
Freedom of association