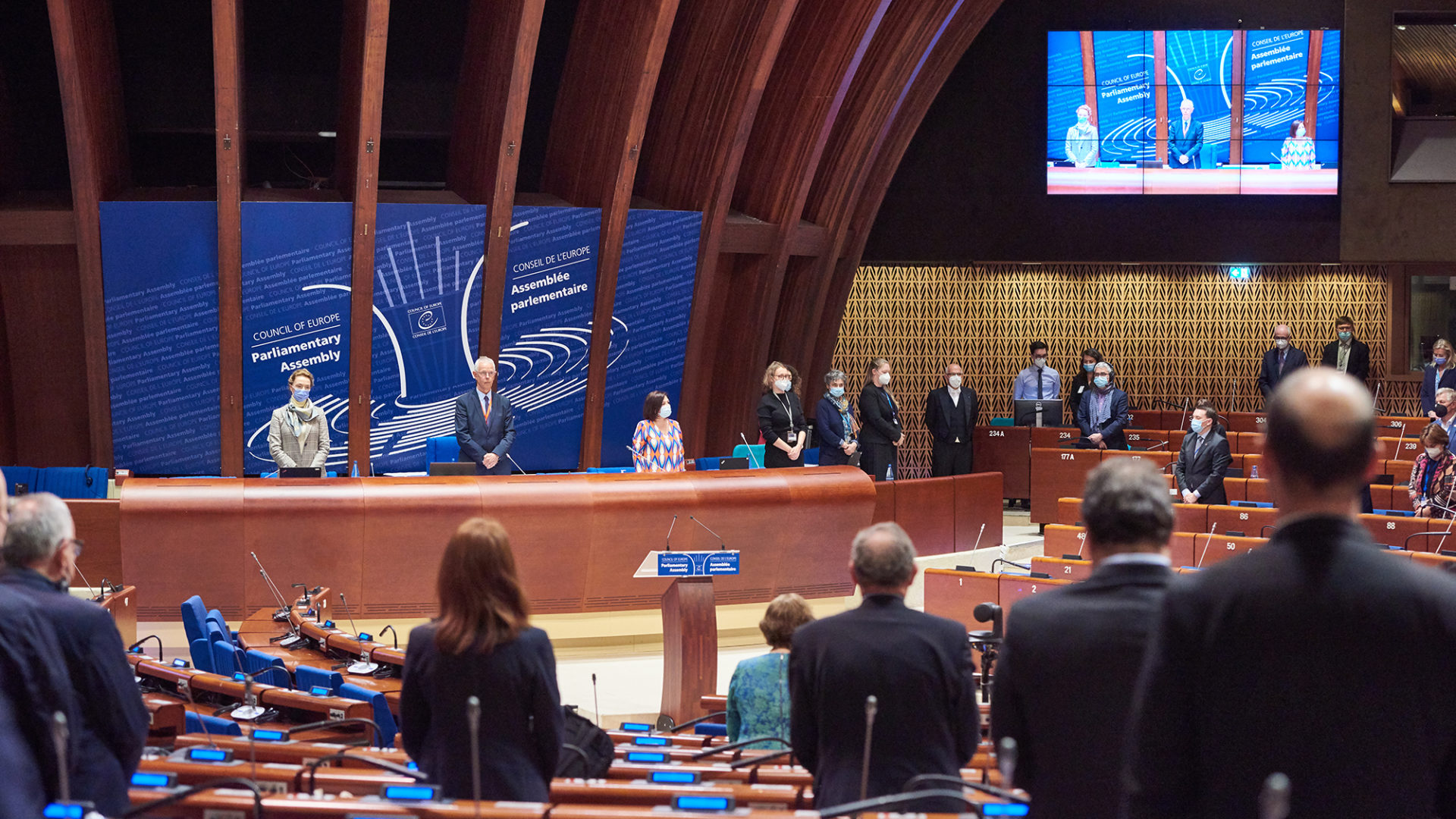 The consequences of the Russian Federation’s aggression against Ukraine is the focus of the ongoing plenary session of the Parliamentary Assembly of the Council of Europe (PACE) in Strasbourg this week. Ahead of the urgent procedure debate on “Russian Federation’s aggression against Ukraine: ensuring accountability for serious violations of international humanitarian law” on Thursday, 28 April 2022, Human Rights House Foundation (HRHF) urges PACE to call for additional support to human rights defenders in Ukraine, Russia, and Belarus and to support the establishment of international accountability mechanisms for serious violations of human rights committed as part of Russia’s renewed invasion of Ukraine on 24 February 2022.

Already in PACE’s opinion during their extraordinary meeting in March 2022, PACE called for humanitarian aid, accountability and investigation mechanisms. It asked the Council of Europe’s Commissioner for Human Rights to use her position to document human rights violations, “including through regular contact with her network of human rights defenders and civil society.”

A comprehensive support scheme is required to address the needs of human rights defenders in Ukraine and for those in exile. The active inclusion of Ukrainian civil society in the design of the support is crucial, also with view to the future preparation of the Council of Europe Action Plan for Ukraine 2023-2026.

Finally, HRHF calls for the establishment of new mechanisms to deepen PACE’s engagement with Belarusian human rights defenders. Following the suspension of relations between the CoE and the government of Belarus such support will be critical to ensure that HRDs are able to engage with the international community and not left isolated.

HRHF welcomes the initial steps taken by the Council of Europe to support accountability for human rights violations perpetrated in the context of Russia’s invasion of Ukraine. This includes the Directorate General for Human Rights and Rule of Law’s recent step to set up an expert advisory group to support the Office of the Prosecutor General of Ukraine. The Council of Europe should consider establishing a special rapporteur for Ukraine-Russia war crimes and human rights violations which can, among other things, contribute to and coordinate with other international accountability mechanisms, such as the IICI, and future mechanisms established by the Human Rights Council, such as a UN Special Rapporteur on the situation of human rights in Russia*.

We call on the Secretary General and Committee of Ministers to ensure that on-going and future steps are taken in coordination with existing and future mechanisms established by national authorities as well as within international organisations, including the United Nations, and must also include the participation of Ukrainian civil society.

*In March 2022, the UN Human Rights Council established an Independent International Commission of Inquiry on Ukraine to ensure accountability for human rights and IHL violations associated with Russia’s aggression against Ukraine. Its mandate includes investigations and collection of evidence as well as recommendations on measures of accountability. It will work in cooperation with the UN Human Rights Monitoring Mission in Ukraine, established in 2014, in achieving its mandate, as well as with other important international and regional accountability processes where appropriate. The IICI will also collect and store evidence in accordance with standards that ensure admissibility in international criminal proceedings, should an applicable criminal and/or accountability process develop in the future at an international level, as well as for an appropriate domestic process in Ukraine. It will provide an important component in ensuring that the testimonies of victims and survivors are heard and documented with the possibility of being used as evidence when the appropriate moment arises.