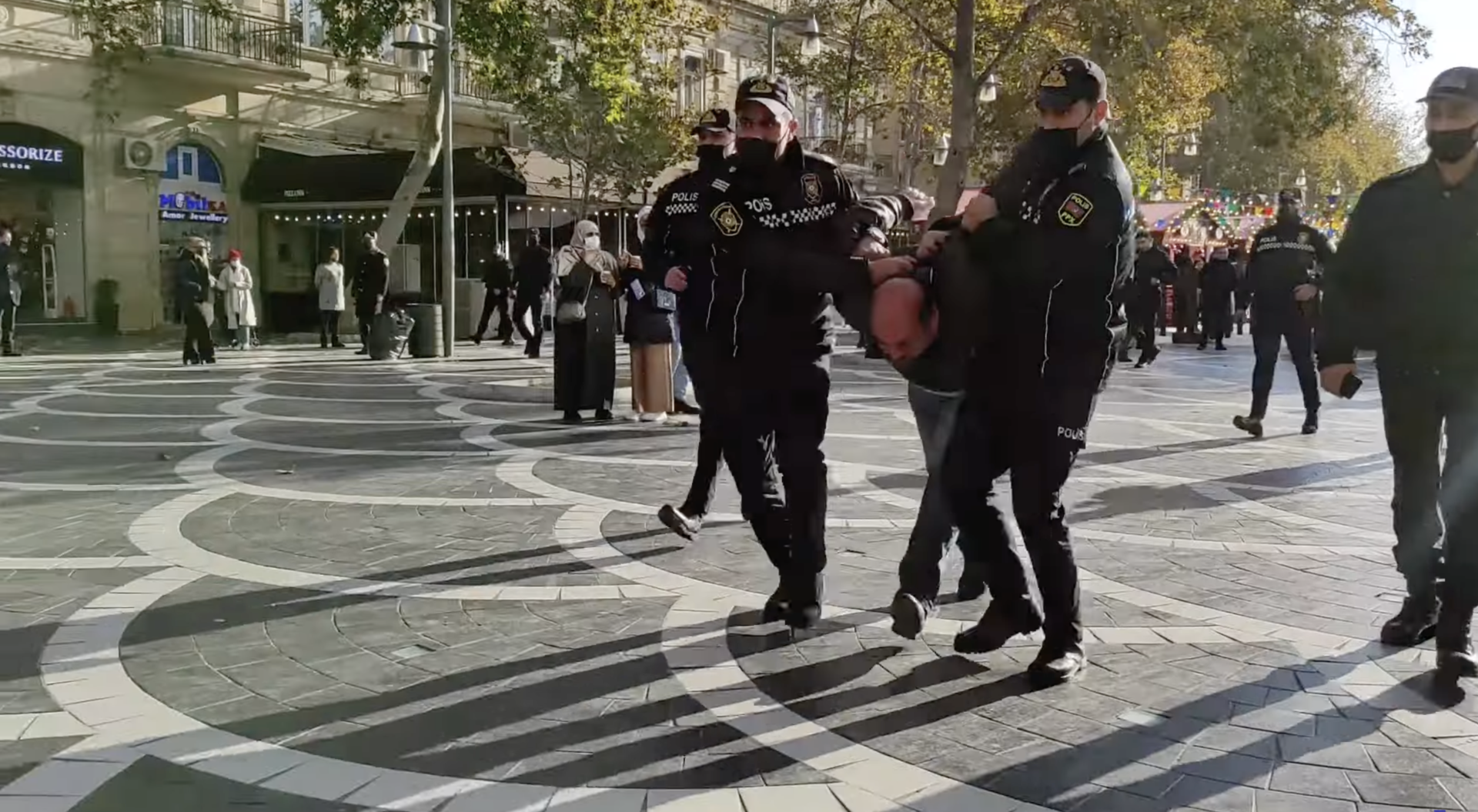 Human Rights House Foundation (HRHF) condemns the actions undertaken by the Azerbaijani authorities against peaceful protesters in Baku on 1 December 2021. HRHF calls on the Azerbaijani authorities to immediately stop on-going attacks against freedom of assembly and expression, release those detained on 1 December’s peaceful protests, and immediately and thoroughly investigate all alleged acts of torture and ill-treatment.

Human Rights House Foundation (HRHF) condemns the actions undertaken by the Azerbaijani authorities against peaceful protesters in Baku on 1 December 2021. These actions, which include the alleged torture of detained protesters as well as the unlawful use of force, are a stark reminder of the steps the Azerbaijani authorities will take to silence opposition and dissenting voices and infringe on freedom of assembly and expression. HRHF calls on the Azerbaijani authorities to immediately stop on-going attacks against freedom of assembly and expression, release those detained on 1 December’s peaceful protests, and immediately and thoroughly investigate all alleged acts of torture and ill-treatment.

According to multiple, independent news sources, tens of peaceful protesters gathered on 1 December in Central Baku’s Fountain Square at a rally in support of jailed opposition activist Saleh Rustamli. Rustamli is considered a political prisoner by local human rights defenders and on a hunger strike in prison. Azerbaijani authorities met this peaceful gathering with unlawful and brutal violence. More than 40 peaceful protesters were arrested, including prominent opposition activists Tofig Yagublu, his daughter Nigar Hazi, and Dilara Mirieva. Prior to the start of the peaceful protest, its organisers, prominent activists Ilkin Rustamzade and Mete Turksoy were detained.

Five individuals arrested at the protest, including Ilkin Rustamzade, were sentenced to up to 30 days of administrative detention for the “breach of anti-epidemic, sanitary and quarantine regime”. Tofig Yagoblu was detained and dropped off more than 70 kilometers outside Baku. During his detention, photographic evidence suggests that acts of torture were committed against him. Four other political activists suffered various physical injuries, including multiple fractures of an arm.

We last raised Azerbaijani authorities’ attacks on the freedoms of assembly and expression in March 2021 following a similar attack by the Azerbaijani authorities against peaceful protesters marking International Women’s Rights Day. The situation for human rights defenders and dissenting and opposition voices remains not only unchanged, but seems to worsen steadily.

The Azerbaijani authorities have been systematically attacking freedoms of expression and assembly for years. More recently, the authorities continue to use the pretext of fighting the pandemic to detain protesters and protest organisers under a so-called “special quarantine regime”. The authorities declared this status on 19 March 2020 without Parliamentary approval and, some 20 months later, it remains in force.

In addition, Azerbaijani authorities continue to require organisers to obtain permission for protests. These requests are routinely turned down. The use of such permission requirements contradicts international human rights law. In fact,  the European Court of Human Rights in Ibrahimov and others v. Azerbaijan (nos 69234/11, 69252/11, 69335/11) found that such actions on the part of the authorities violate freedom of assembly.

Screenshot from Turan News Agency video report from the protest.