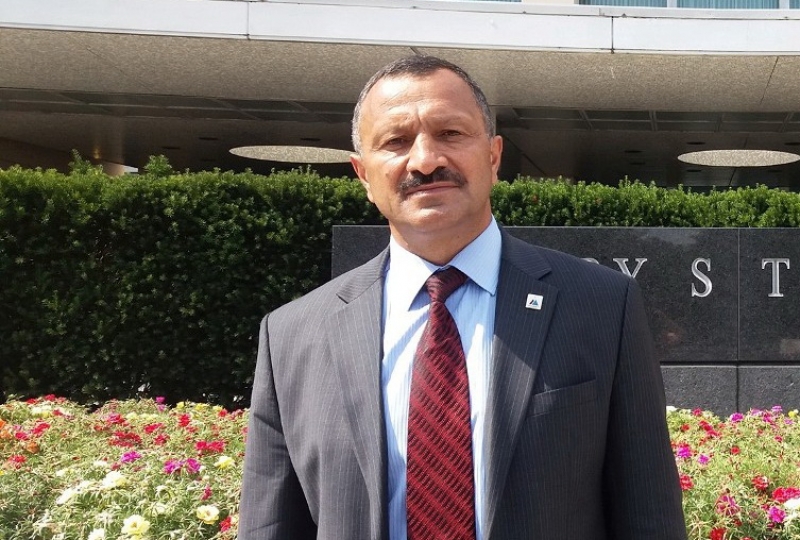 Human Rights House Foundation is very concerned about the expansion of persecution of dissenting voices in Azerbaijan. This is a deeply worrying trend that has taken place over many years and only increased under the guise of Covid-19 response since March.

Over the summer, the international community witnessed the detention, sanction, or conviction of political activists following a largely peaceful demonstration on 14-15 July. Just last week, the latest efforts by the authorities to silence opposition voices resulted in the sentencing of Tofig Yagoblu following trumped-up charges of hooliganism. HRHF calls on the Azerbaijani authorities to immediately cease their crackdown against dissenting voices and release Yagoblu and all other political prisoners.

Mass demonstrations broke out in Baku on the night of 14-15 July, linked to the ongoing armed hostilities on Armenia-Azerbaijan border. The police dispersed the crowds. According to the reports of local observers, despite skirmishes and incidents of violence between demonstrators and police, the majority of protesters behaved peacefully. Local human rights defenders report that law enforcement’s use of rubber bullets, truncheons and tear gas was disproportionate. At least four journalists suffered during the rally dispersal, with their equipment damaged or confiscated. Two, Anar Abdullayev and Firi Salim, were detained but were soon released.

On 15 July 2020, Azerbaijani President Aliyev gave a speech calling the main opposition party a “fifth column,” alleging them to be instigators of violence and implying them to be enemies of the state. Human Rights Watch reported that following the President’s speech, at least 80 people were detained in relation to their participation in the demonstrations of 14-15 July. At least half of them are members and leaders of the opposition, with some key opposition figures facing charges of attempting to overthrow the constitutional order. Many face charges or sanctions for violating the quarantine regime. Some were falsely accused of spreading Covid-19. Notably, mass arrests take place against the background of acute shortage of independent lawyers able to take up politically sensitive cases. Local and international observers reported of victims not being provided with access to lawyers of their own choosing and “severe” beatings. According to unofficial sources, prominent opposition figure Fuad Gahramanli was allegedly “tortured severely”. Amidst this background, the recent conviction of Tofig Yagoblu on a false criminal charge raises concerns about the Azerbaijani Government’s intention to eliminate dissent and silence criticism.

On 3 September, a court in Azerbaijan convicted opposition leader Tofig Yagoblu on a false charge of hooliganism and sentenced him to 4 years and 3 months in prison. Yagoblu is an important dissenting political voice and has regularly criticised the Azerbaijani authorities over human rights abuses. He has already been detained twice, and served an illegal prison sentence and an administrative charge. The day before conviction, Yagoblu declared a hunger strike. His latest arrest and criminal conviction are yet another example of a campaign by Azerbaijani authorities to silence criticism.

The ongoing crackdown against civil society in Azerbaijan has been exacerbated by the COVID-19 pandemic. Since March 2020, Human Rights Houses and Human Rights House Foundation have called on the Azerbaijani authorities to refrain from abusing the fight against Covid-19 to curtail civil society space and disproportionately target peaceful protesters. Under the guise of public health protection, human rights defenders, journalists, bloggers, political activists have been illegally sanctioned, detained and harassed. Without declaring a state of emergency, the Azerbaijan authorities attempted to silence peaceful students, single-person protest actions by human rights defenders, women human rights defenders protesting police violence and journalists working to shed light on the foregoing events.

Freedom of expression and the right to peaceful dissent are cornerstones of a democratic society. The right to peaceful assembly protects individuals against excessive use of force by law enforcement, allows for criminal punishment only with “particular justification,” whereas such punishment should be “non-discriminatory in nature and must not be based upon ambiguous or overbroadly-defined offences.” Torture and ill-treatment cannot be tolerated at any time. Azerbaijan is a signatory to international human rights agreements which uphold these human rights guarantees and protect individuals from abuse. The mass detention, alleged ill-treatment and sanctioning of dissenting voices on false criminal and administrative charges grossly violate Azerbaijan’s international commitments. Human Rights House Foundation calls upon the Azerbaijani authorities to respect their international human rights obligations, cease their crackdown against dissenting voices and immediately release Tofig Yagoblu and all political prisoners.