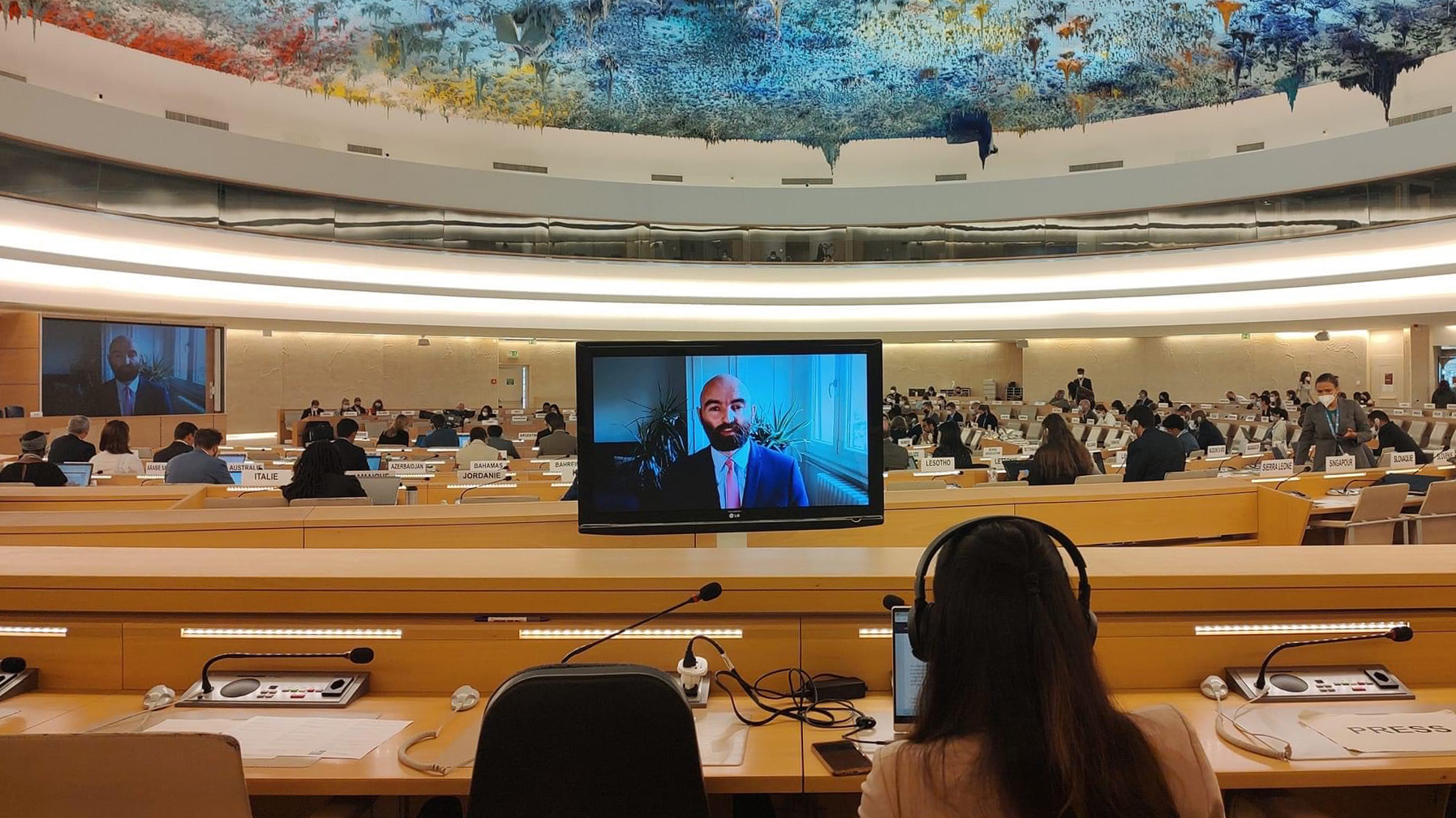 Ukraine remained high on our agenda as continued to raise the desperate human rights situation as the full-scale Russian invasion of the country continues and to advocate for action from the international community and accountability for perpetrators of violations.

On 5 July, we raised the human rights situation in Crimea in the context of the Russian occupation and aggression against Ukraine including the forced mobilisation of at least 3,000 Crimeans. We also urged the Council to continue to express solidarity with Crimeans, to address opportunities to provide support to victims of political reprisals in Crimea and to provide assistance to investigations into serious human rights violations and international crimes occurring in Crimea as well as the rest of Ukraine.

On 16 June, at the High Commissioner’s oral update on Mariupol, we highlighted the atrociites carried out by Russian focrces including executions of civilians, journalists, widespread use of torture, sexual and gender-based and enforced disappearaces. We raised the case of civilian paramedic Julia Payevska who was taken hostage near Mariupol on 16 March. She has since been freed. In addition, on behalf of HRHF’s Ukrainian partners, we highlighted the thousands of Ukrainians being held in Russian filtration camps, raising the reports of appalling conditions and treatment. We called on the Council to look ahead to the next stages of the accountability process.

As much of the attention of the Council is rightly focused on the situation in Ukraine, we urged Council members to keep the dire human rights situation on Belarus high on the agenda and to renew the much-needed mandate of the Special Rapporteur on Belarus.

On 14 July, Council members heard from a variety of Belarusian and international civil society members in “Human Rights Crisis, Belarus 2022”, a virtual side event organised by HRHF, PEN America, and the Permanent Mission of Lithuania.

In addition to the human rights crisis in Eastern Europe, we continued to engage with the Human Rights Council to raise the right to freedoms of opinion and expression, assembly and association, and the right to be a human rights defender.

On 28 June, we urged states to ensure that responses to the spread of disinformation comply with international human rights law, to refrain from conducting or sponsoring disinformation campaigns, and to seek to strengthen the resilience of societies against the negative impact of disinformation.

During an interactive dialogue on 24 June with the Special Rapporteur on Freedom of Expression, we highlighted the chilling effect that online surveillance and legal harassment including SLAPPs have on freedom of expression. In addition, HRHF raised its concern about the situation for independent journalists and media outlets in Azerbaijan, Belarus, Georgia, and Russia.

Alongside Article 19 and 10 other NGOs, we called on states to protect media freedom in the digital age.

On 17 June, at an interactive dialogue on access to resources with the Special Rapporteur on Assembly and Association, we highlighted the global trend to limit resources with Russia and Azerbaijan as two notable examples. We raised further extensions to Russia’s “foreign agent” legislation aimed at curtailing Russian civil society’s ability to cooperate with international partners.

Following the announcement that Michelle Bachelet would step down, we joined over 60 international civil society organisations urging a transparent, merit-based, and consultative process to replace her as the next High Commissioner for Human Rights in a letter sent to the UN Secretary General on 22 June.

28 June States must protect media freedom in the digital age

24 June Surveillances, SLAPPs, and the situation for journalism in Azerbaijan, Belarus, Georgia and Russia

HRC50: The human rights situation in the Russian Federation