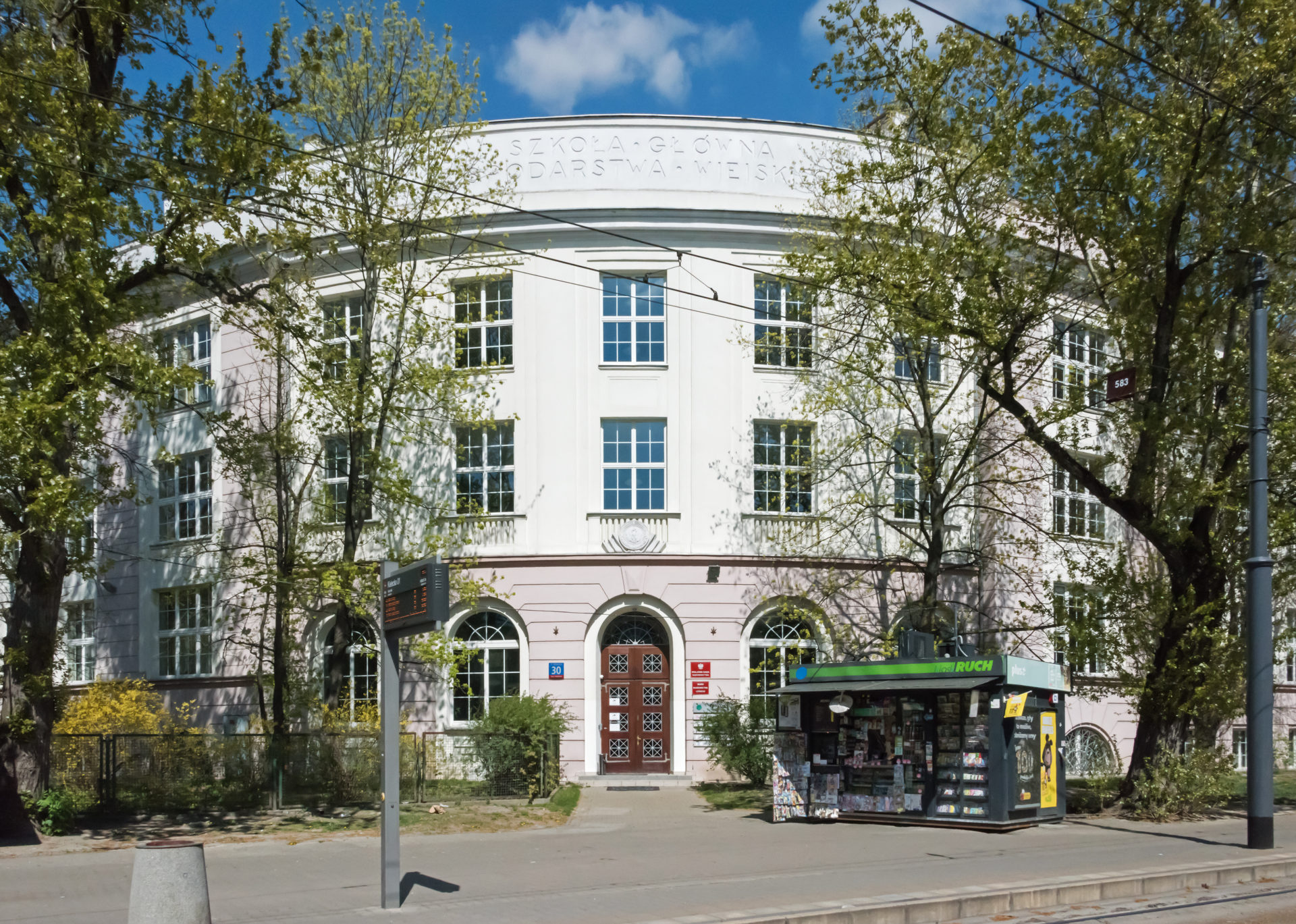 Human Rights House Foundation joins Polish and international civil society organisations writing to the President of the Commission and the commissioners responsible for the Rule of Law, requesting an infringement action as regards the National Council of the Judiciary.

On behalf of the undersigned Polish and international non-governmental organisations working for the rule of law and the protection of human rights and freedoms in the European Union, we feel obliged to send to you another open letter regarding recent events in the Polish justice system, hoping for the Commission to take firm and immediate action.

Our serious concern is the continued operation of the Polish National Council of the Judiciary (NCJ), which has lost its independence as a result of legislative changes initiated in 2017. The functioning of the NCJ in its current form, in subordination to political authorities, undermines the guarantees of effective judicial protection (the second subparagraph of Article 19(1) TEU), the right to a court established by law (Article 47 of the Charter) and the effectiveness of the preliminary ruling procedure (Article 267 TFEU). As a result of its activities, the NCJ weakens confidence in Polish courts and, above all, the protection of the value of the rule of law, on which the entire Union is founded (Article 2 TEU).

Our fundamental doubts are raised by (1) the change in the manner in which judges-members of the NCJ are elected, (2) the lack of independence of this body, (3) the lack of an effective remedy against decisions of the NCJ regarding the process of appointing judges or associate judges (asesorzy sądowi), and (4) enabling ‘courts’ composed of individuals nominated with the participation of the current NCJ to rule on questions relating to the application or interpretation of EU law.

In 2017, the parliamentary majority changed the law governing the selection of a certain part of the membership of the NCJ.1) Until then, judges-members of the NCJ were selected only by their peers. However, with the change of legislation, 15 judges-members of the NCJ are elected by the Sejm from among candidates proposed by at least 25 other judges or 2 000 citizens. In this way, the legislative gained influence over the selection of 21 NCJ members. In their opinions on the amendment, domestic and international institutions noted that such a procedure for electing members of the NCJ would lead to a limitation of its independence.2) Furthermore, the legality of the appointment of the NCJ in its new membership introduced after 2017 was also affected by the lack of a sufficient endorsement for a judge aspiring to join the NCJ.3)

Notwithstanding the mounting doubts about the legality of its operations, in 2018–2022 the NCJ continued its work by submitting proposals for appointment to the positions of judges and assistant judges. Moreover, despite the fact that the responsibilities of the NCJ include safeguarding the independence of courts and judges, this body did not intervene in the most blatant cases of attacks against judges, including those concerning politically-motivated disciplinary or criminal proceedings, involuntary transfers of judges to other court divisions, suspension of judges from their duties as a result of their judicial decisions, and media attacks on judges. The NCJ also failed to be critical of proposed legislative changes (including the infamous “Muzzle Law”) that threatened the independence of judges. Furthermore, we note that some of the NCJ’s decision regarding the filling of positions in Polish courts were based on irrelevant criteria, such as the assessment of the candidates’ attitudes towards the current changes in the justice system and their resulting political sympathies.4)

After the expiry of the four-year term of the previous NCJ, the Sejm of the Republic of Poland re-elected the 15 judges-members of the NCJ for a new term on 12 May 2022. This group includes 11 judges who previously sat on the NCJ, some of whom have been promoted by the new NCJ to higher courts or appointed by the Minister of Justice as presidents or vice-presidents of courts.5)

The lack of independence of the NCJ

Irregularities in the appointment of judges-members of the NCJ and the absence of its systemic independence have been repeatedly highlighted in, inter alia, the case-law of national and international courts, including the Court of Justice of the European Union (CJEU), as well as in statements made by international institutions.

In a judgment of 19 November 20196), the CJEU set out the criteria for national courts’ assessment of the independence of the NCJ. In subsequent rulings, the CJEU developed its assessment of the activities and independence of the NCJ and ultimately declared the NCJ, in its judgment of 15 July 2021, a body “whose independence from the political authorities is questionable”7). In turn, the European Court of Human Rights (ECtHR) entered several judgments pointing to the influence of judges selected by the NCJ in its current membership on the protection of the right to a fair trial and the right to a court established by law.8)

National courts have also presented a critical assessment of the independence of the current NCJ and its functioning. In a resolution of three joint chambers, the Supreme Court held that the NCJ “is not an independent body but acts as one directly subordinated to political authorities”.9) Furthermore, the Supreme Administrative Court, when examining appeals against NCJ’s recommendations, ruled that this body “does not provide sufficient guarantees of independence from the legislative and executive branches in the judicial appointment procedure”.10)

In addition, courts of other Member States, including e.g. the Rechtbank Amsterdam, take into account the impact of the functioning of the incumbent NCJ on the independence of the judiciary and judgments issued by panels of Polish courts composed of judges appointed with the participation of this body.11)

Finally, the lack of independence of the NCJ also influenced international institutions’ perception of this body. For instance, in October 2021, the NCJ was excluded from the European Network of Councils for the Judiciary (ECNJ).12)

The lack of an effective remedy against NCJ resolutions

Successive amendments to the Act on the NCJ led to the abolition of an effective judicial review over NCJ resolutions with proposals for appointment to the post of judge or assistant judge. This conclusion was confirmed, inter alia, in the case law of the CJEU.13) Under the laws currently in force, an appeal against such a resolution must be submitted to the Supreme Court, which examines it in the Chamber of Extraordinary Control and Public Affairs. However, this Chamber itself is composed entirely of judges appointed with the participation of the incumbent NCJ.

Moreover, the legislature has completely excluded the possibility of an appeal against a resolution with a proposal for appointment to a judicial post in the Supreme Court. The current legislative framework governing the selection of prospective judges of the Supreme Court does not ensure that only the best candidates, who meet the highest professional and ethical criteria, are appointed.

Consequently, the design of the procedure for appeals against resolutions of the NCJ concerning the appointment of judges or assistant judges does not guarantee that courts, composed of individuals selected in present conditions, meet the EU requirements for independence and establishment by law. Such an appointment procedure is inherently incompatible with the requirements of effective judicial protection.

It is currently estimated that about one-fifth of persons adjudicating in Polish courts have been appointed to the post of judge or assistant judge with the participation of the NCJ in its current composition. These persons were appointed to sit on Polish courts of all types and levels – common courts, administrative courts, military courts and the Supreme Court.

Without addressing the problem of the legal status of individuals appointed with the involvement of the current NCJ, we nevertheless point out that the participation of such persons in judicial panels directly affects the protection of the right to a fair trial, to have one’s case heard by a court established by law and undermines the guarantees of effective judicial protection. Given that every judge in the Polish judicial system may potentially rule on a case involving the application of EU law, the very fact that such persons take part in the adjudication activities of the Polish courts directly undermines the stability and protection of the European legal order. The above-cited case-law of the CJEU and the ECtHR warrants the conclusion that in any case examined by a Polish court consisting of persons appointed with the involvement of the incumbent NCJ, a violation of fundamental rights is more than likely.

For all the reasons stated above, we invite you to lead the Commission to initiate proceedings, under Article 258 TFEU, to declare that:

the Polish authorities have failed to fulfil their obligations under the second subparagraph of Article 19(1) TEU, in conjunction with Article 2 TEU and the value of the rule of law enshrined therein.

The initiation of infringement proceedings in relation to the manner in which the National Council of the Judiciary is constituted and operates is crucial for the protection of the rule of law, both in Poland and across the European Union. We believe that the information provided will help you to take an immediate decision to initiate an infringement procedure in connection with the activities of this body.

On behalf of the Signatories,

Maciej NOWICKI, President of the Board, Helsinki Foundation for Human Rights (Poland)