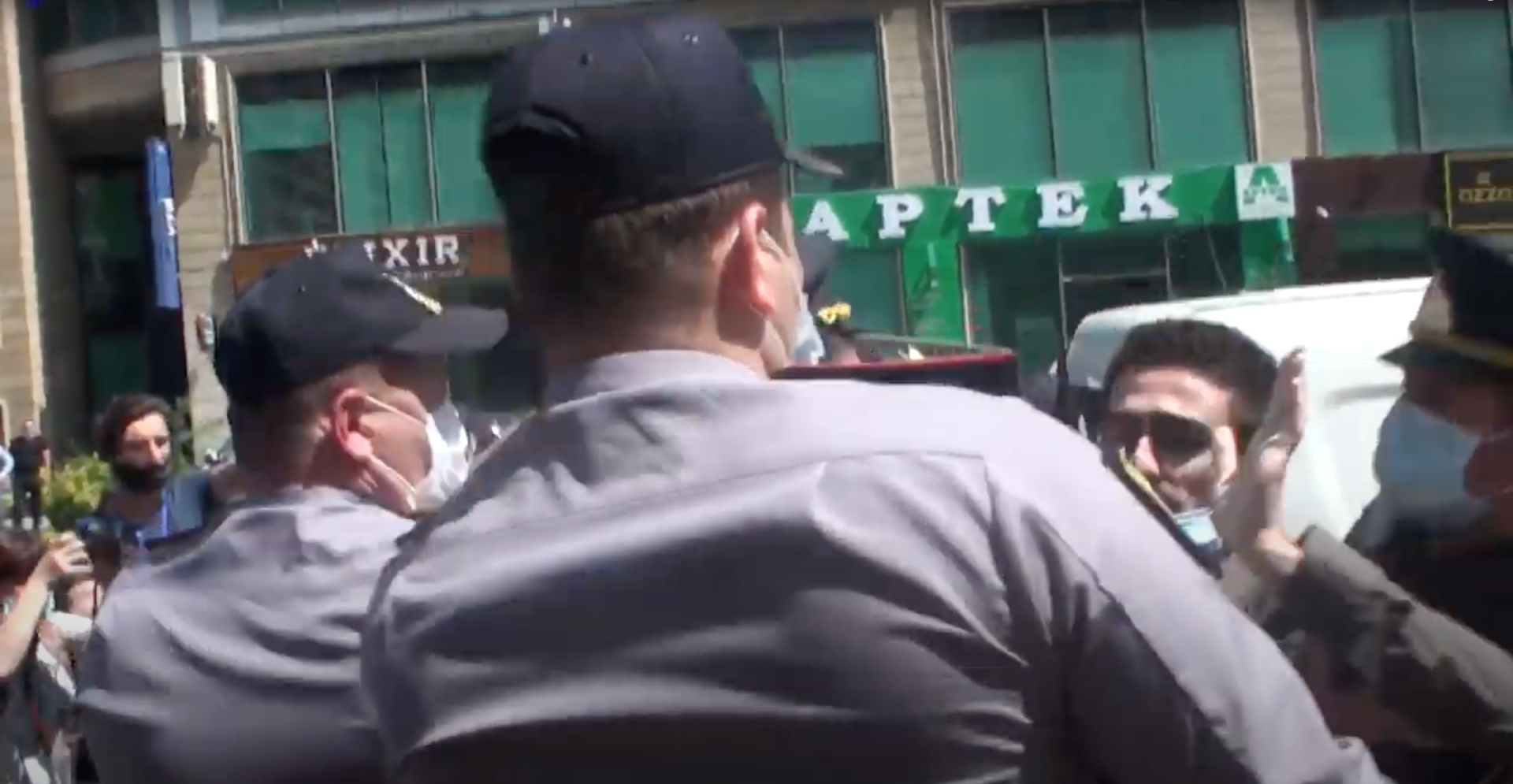 Crackdowns by Azerbaijan Authorities under the Guise of COVID-19 Response

Human Rights House Foundation and the network of Human Rights Houses express our alarm at increasing attacks by Azerbaijani authorities on peaceful protests and dissenting and opposition voices witnessed since the outbreak of COVID-19 in the country. We call on the authorities to immediately cease these human rights violations and for the international community to hold the authorities accountable.

We, the undersigned, express our alarm at increasing attacks by Azerbaijani authorities on peaceful protests and dissenting and opposition voices witnessed since the outbreak of COVID-19 in the country. The freedoms of expression and assembly are fundamental and guaranteed by Azerbaijan’s commitments before international law. However, the authorities are using the pandemic to mask yet another harsh crackdown on anyone questioning their response to the pandemic and increasing infection rates. Azerbaijani authorities must cease these activities immediately, release those arbitrarily detained, and live up to their obligations before international human rights law to protect the freedoms of association, assembly, and expression.

In recent days, police have made many arbitrary arrests and detentions which have disproportionately targeted peaceful protesters, including those protesting alone. Azerbaijani authorities have enforced a special quarantine regime since 24 March 2020 without setting a legal basis for doing so by declaring a state of emergency. On 31 May 2020, police dispersed a peaceful protest of students, sentencing one to 15 days in administrative detention. In two other striking examples, police stopped a single-person rooftop protest by the prominent graffiti activist Giyas Ibrahimov and a single person protest by human rights defender Gulnara Mehdiyeva who was protesting against the dispersal of the student protest action. Later, Giyas was accused of minor hooliganism and fined and Gulnara was later released by police.

Violent arrests also took place in response to recent events in Baku’s Yeni Yasamal neighbourhood, where residents were verbally attacked and forcefully dragged from their apartments by police. One resident, Karim Suleymanli, alleges being beaten by 30 police officers for five hours after being taken into custody on 9 June. In yet another striking example of the Azerbaijani Bar Association acting as an enforcement arm of the authorities, Suleymanli’s lawyer Javad Javadov received a warning from the Bar Association for raising legitimate concern about his client’s treatment. Azerbaijan has made a commitment before international bodies to protect the right to peaceful protest, assembly, and expression and limit these only in line with the requirements of international human rights law. These actions represent a violation of that commitment.

Additionally, attacks have increased against the political opposition. These attacks followed President Aliyev’s statements in his 19 March 2020 Nowruz address indicating his intention to use pandemic response measures to crackdown on the opposition and limit the freedom of association. In April, Human Rights Watch charged the Azerbaijan authorities with “abusing restrictions imposed to slow the spread of coronavirus to arrest government critics”.  Since then, civil society groups have raised concerns about arrests of opposition party members as well as an extended blockade of the internet and phone connection of Popular Front Party leader Ali Kerimli. This use of state power to attempt to silence opposition forces and curtail the freedom of assembly is yet another example of the authorities’ unwillingness to live up to their obligations before international law.

The network of Human Rights Houses is on record in supporting actions to reduce the rate of infection and death associated with the coronavirus. However, state authorities must not engage in flagrant abuses in human rights in taking such actions. The freedoms of expression, association, and assembly are fundamental rights within a pluralistic, democratic and free society. Azerbaijani authorities continue to clamp down on these rights exercised by individuals and the political opposition and use the guise of protecting public health to do so. We call on the authorities to immediately cease these human rights violations and for the international community to hold the authorities accountable.