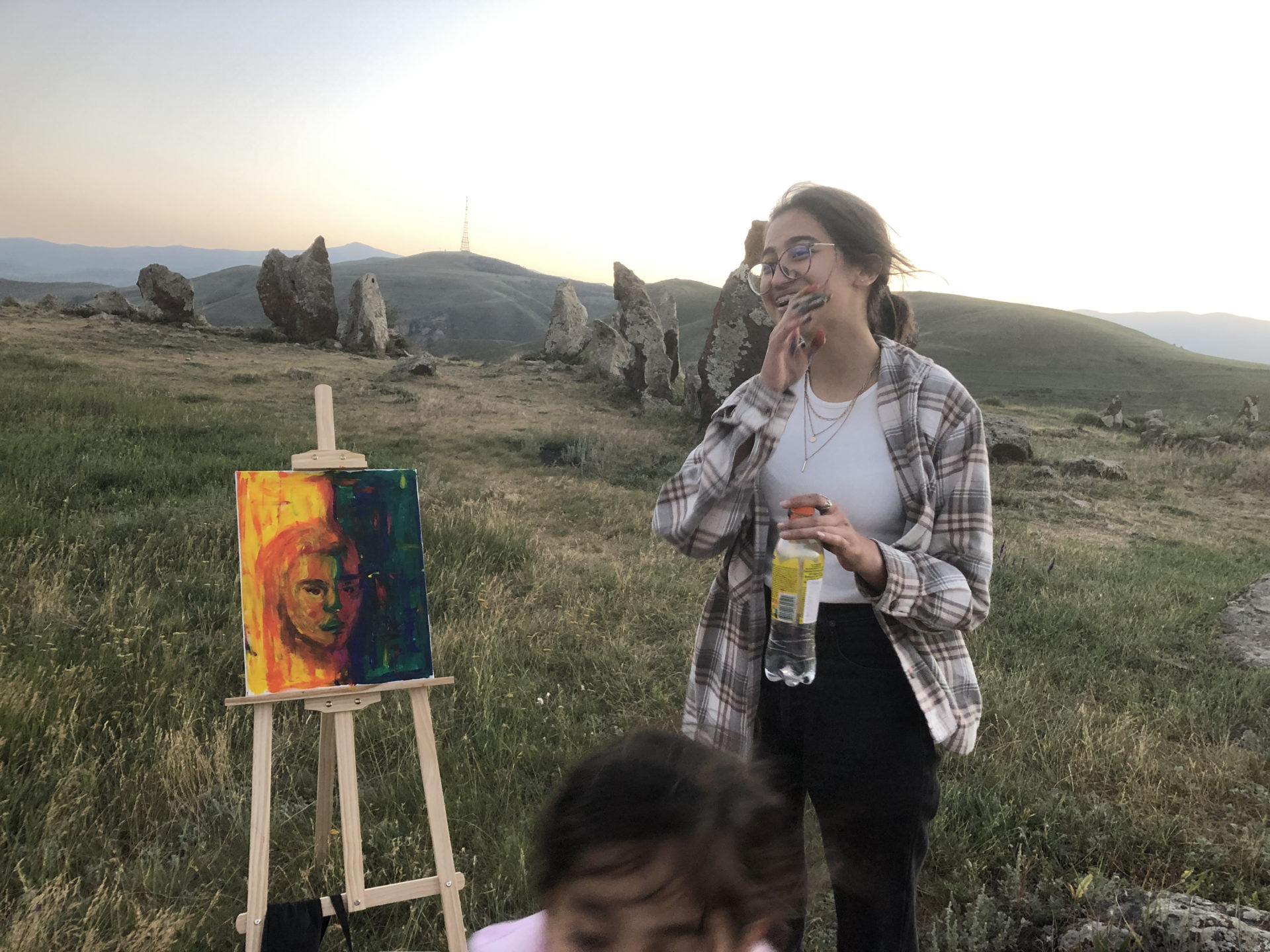 Over the course of several months in 2022, young Armenians explored the importance of human rights in Armenia’s constitution and other issues in society through 30 short films produced as part of a project organised by “Open Platform for Art” NGO and PEN Armenia.

Waiting For A Miracle: The heartbeats of a mother and her unborn child are depicted in this short film about grief and new life. Directed by Meline Avanesyan from Goris. Watch all 30 films here.

The films were created as part of a wider project focused on promoting Article 3 of the Constitution of the Republic of Armenia “THE HUMAN BEING IS THE HIGHEST VALUE”.

The project was implemented from May to October 2022 and also included media/cinema workshops and film screenings attended by over 200 participants. The topics explored by the young filmmakers range from personal feelings to social, humanitarian, family, interpersonal relationships, coexistence, tolerance, and love. Each film, according to the organisers, “spontaneously values the human being and their exceptional importance.”

This project is co-organised by “Open Platform for Art” NGO and PEN Armenia with the support of Human Rights House Foundation under the framework of STRONG Civil Society, and is implemented with the financial support of the European Union.

The contents of this project do not necessarily reflect the views of Human Rights House Foundation or the European Union.

The project’s aim was to promote the value of human beings, as enshrined in the country’s constitution, to participants from the five cities of Armenian’s southern Syunik province: Meghri, Kapan, Kajaran, Goris, and Sisian. The organisers hoped to address the tense situation in the region following renewed conflict, fragile peace and subsequent humanitarian and societal issues faced by those that live there.

We have seen the happy, smiling faces of [the participants] when their abstract dream, an uncertain thought, turned from an idea into a film in just a couple of days. The astonishment that it brought to them and the affirmation that nothing is impossible was our most desirable goal.

Aspiration: A determined young dancer perseveres in the art form she loves despite being underestimated. Directed by Shushan Khachatryan from Meghri. Watch all 30 films here.

Seven of the short films created during the project were featured in the 20th “One Shot” Short Film Festival in June 2022. The remaining 23 films will participate in the 2023 edition of the festival. All of the short films are available to watch on the  YouTube channel of “Open Platform for Art” NGO and already have over 23 000 views as of December 2022.

“The cinema workshop came to Meghri at the right time for me. I had just started to be interested in cinema, festivals, photography, editing… I gained knowledge, experience. I exercised freedom of thought and further developed my ability to create. I must mention that I was so impressed by all this that I participated in the same workshop again, this time in Kapan. Participating in the workshop changed a lot in my life… I proudly tell everyone that the films I made at the workshops were screened during “ONE SHOT” International Short film festival in Yerevan this summer.”

Over 100 participants of the project were involved to some degree in the production of these films from script-writing to acting and directing. Participants also got involved in the development of each other’s films from the initial concept to the final production.

The organisers of the project noted that many of the participants were greatly engaged, and left feeling inspired and empowered. 15-year-old Lucie Azoyan from Sisian loves to draw and make art, and due to the workshop was able to see herself in this new medium as well “The cinema workshop gave me more than I expected: unforgettable minutes, and hours that will stay with me.” Watch her film “At Zorats Karer” here.

At Zorats Karer: An artist inspired by the magic landscape of Zorats Karer works to create her masterpiece. Directed by Lucie Azoyan from Sisian. Watch all 30 films here.

Many of the participants discovered a new passion for filmmaking. One mother from Kajaran told organisers that it was the first time she had seen her 14-year-old son so engaged with something.

During the workshop in Meghri, participants discussed an idea to establish a cinema club in the city. In just a few weeks after the workshop, and with advice from the project organisers, participants established a new cinema club called Relax Cinema which has become a regular event of film screenings and discussions.

Four days of film, discussion with industry professionals and screenings 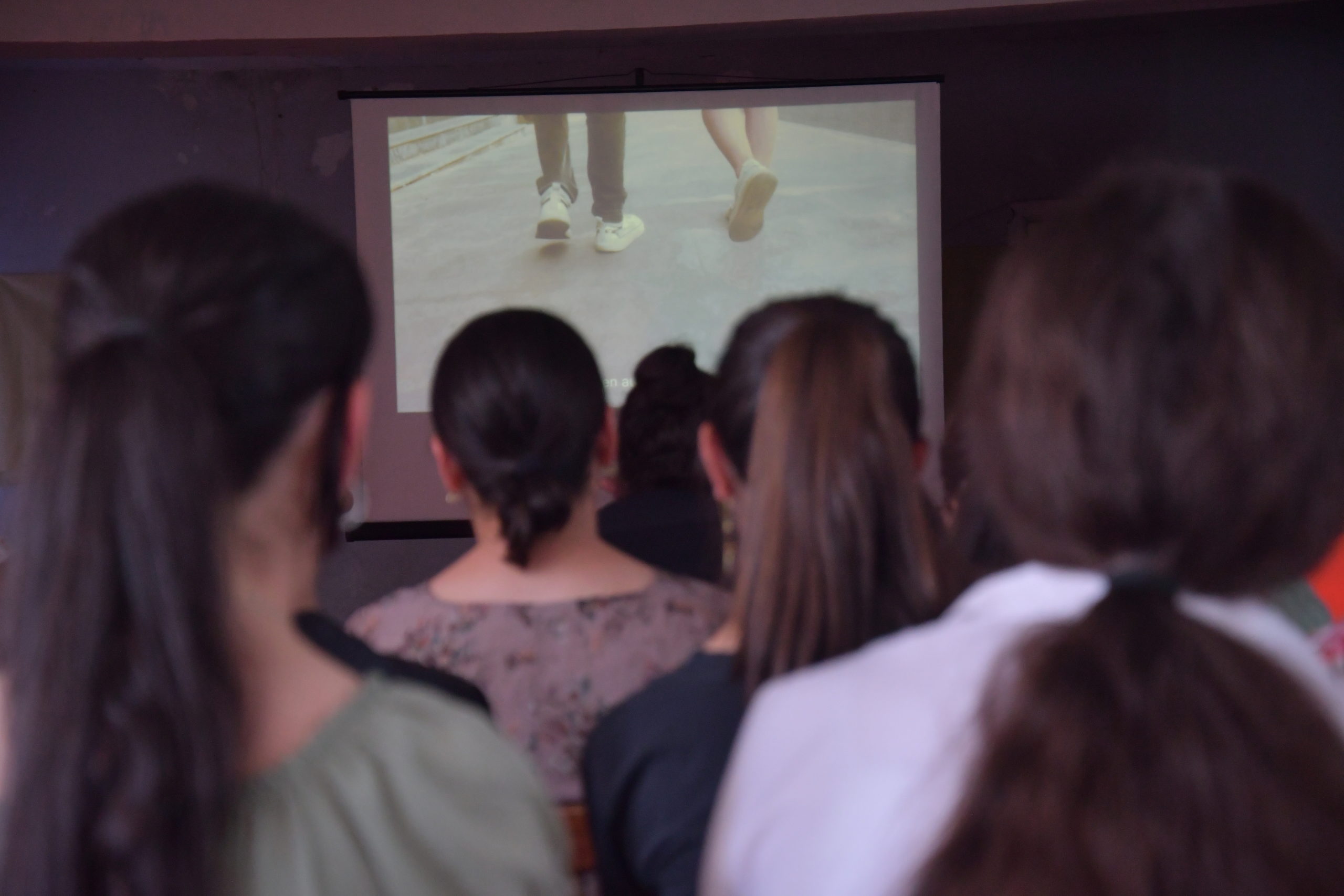 The workshops in each city consisted of four days-worth of meetings with young local enthusiasts, online discussions with Armenian film industry professionals – novelists, screenwriters, film critics, film directors, cinematographers, photographers, and other creative professionals. The short films produced during this project were also screened as a part of these workshops.

Top photo: 15-year-old Lucie Azoyan from Sisian on the set of her film “At Zorats Karer”.