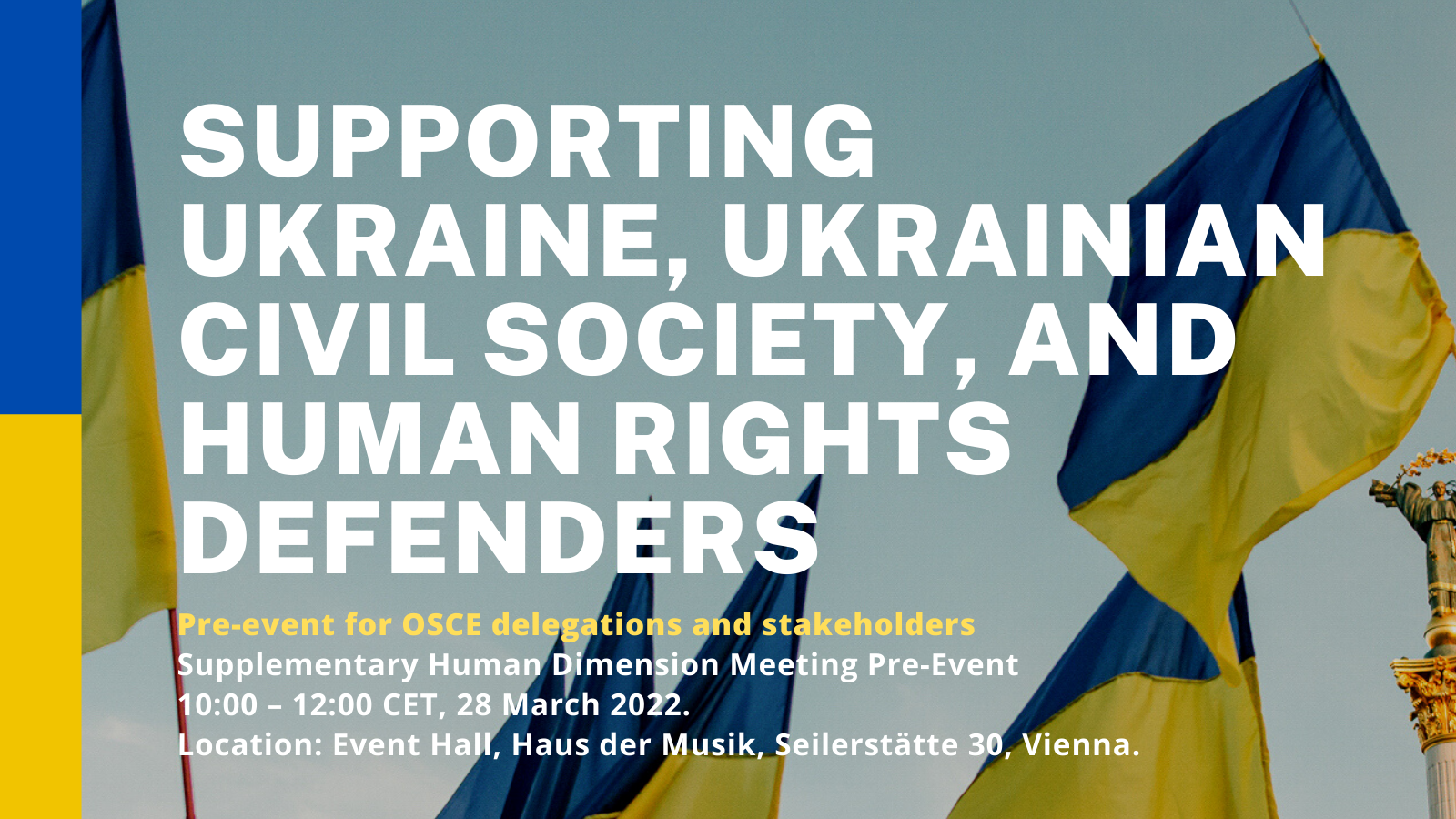 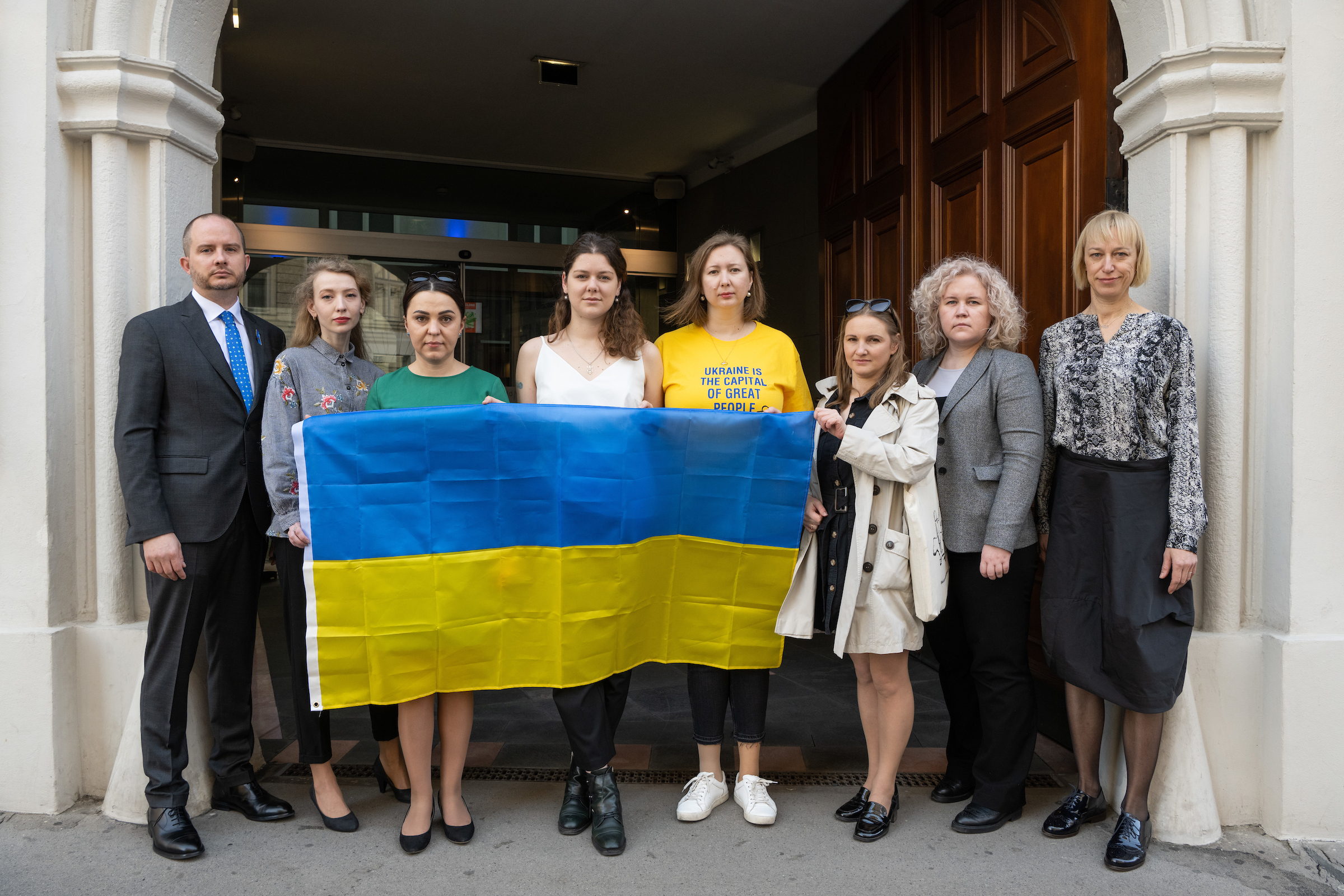 This photograph and more from the event can be downloaded here.

The large-scale military escalation of Russia’s war against Ukraine on 24 February 2022 is a challenge to European security and the liberal international order erected since the end of the second World War. Three weeks later, credible reporting from independent civil society actors and UN Special Procedures highlights abductions and arrests of Ukrainian activists, human rights defenders, volunteers, journalists, and political leaders in areas partially occupied by Russia; religious persecution by Russian forces in occupied regions; indiscriminate attacks on civilian targets, including hospitals, by the Russian military; and, actions to hinder the delivery of humanitarian assistance to those affected by the war. At the same time, Russia’s war against Ukraine has forced human rights defenders living in Ukraine, including Belarusian human rights defenders, to flee fearing reprisal by Russian forces.

In response, the delegations of 45 OSCE participating States invoked the Moscow (Human Dimension) Mechanism to “address the human rights and humanitarian impacts of the Russian Federation’s invasion and acts of war, supported by Belarus, on the people of Ukraine, within Ukraine’s internationally recognized borders and territorial waters”.

This civil society-led event, held prior to the start of the Supplementary Human Dimension Meeting, will provide the opportunity for timely updates on the human rights and security situation in Ukraine resulting from Russia’s invasion. It will also focus on next steps following publication of the  Moscow Mechanism report in early April, as well as key steps OSCE participating States can take to support Ukraine, Ukrainian civil society, and human rights defenders.

The event was organised by