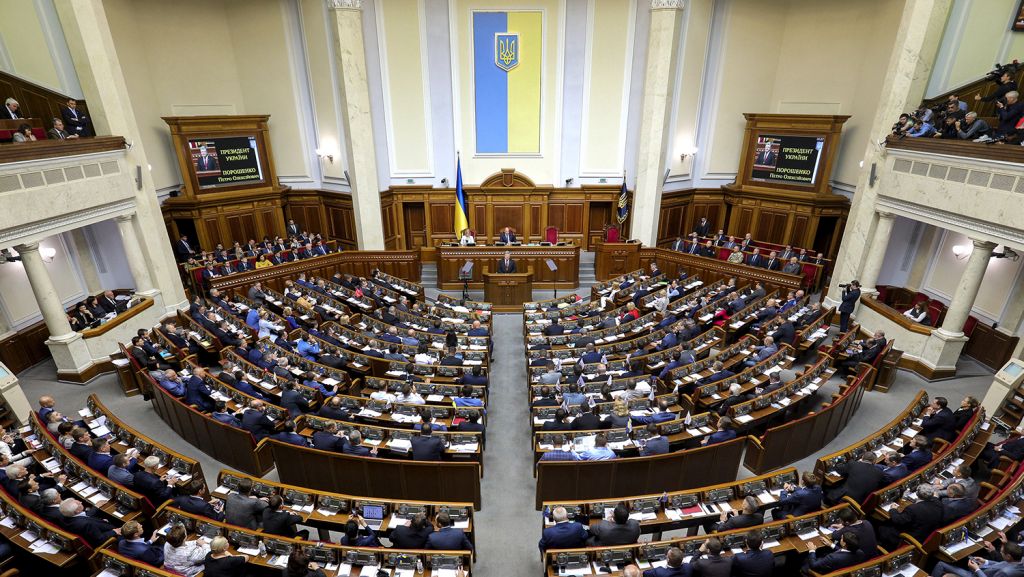 Two proposed laws introduced in Ukraine would oblige non-governmental organisations (NGOs) to publically publish detailed online reports on their employees and funding, which organisations have labelled as “disproportionate interference” in their activities.

In a joint statement, several Ukrainian NGOs have stated that these laws would “burden all non-governmental organisations and individual entrepreneurs, enterprises, institutions and organisations that provide them with services with an unjustified obligation to file additional tax reports”.

Organisations that fail to meet the requirements of these new laws would be faced with the loss of their non-profit status. “The punishment in form of the abolition of a non-profit status of non-governmental organisation is pronouncedly punitive in nature and is nothing more than the introduction of a tool for selective pressure on the non-governmental organizations indisposed towards the authorities”, continued the joint statement.

“Beyond the burdensome and invasive nature of these new measures denounced by Ukrainian civil society, the context in which they are taken indicate a growing pattern of the Presidential Administration to control Ukraine’s civil society, as these legislative steps come right after the previously adopted legislation targeting human rights defenders working against corruption,” commented Florian Irminger, Head of Advocacy at the Human Rights House Foundation (HRHF).

Ukrainian law currently obliges NGOs to submit numerous other reports to the state tax authorities and other government agencies. If these draft laws were adopted, they would amend the existing laws to include that organisations with an annual budget in excess of US$18,500 would be required to report detailed information about their funding and staff.

These reports would then have to be published on the websites of both the NGO, and the tax authority. They would include information such as the list of donors that contribute more than US$3,000 annually, the names of the 10 staff members with the largest salaries, the total amount of money the organization pays consultants, the names of consultants who receive more than US$3,000 annually, as well as consultants who are funded with foreign government assistance to do work for NGOs, to publish the names of donors funding their work, and the amount they receive.

Human Rights Watch (HRW), Amnesty International and Freedom House joined efforts in urging the Presidential Administration to withdraw the proposals. The organisations urged the government to introduce changes to the anti-corruption legislation as a stand-alone item to lift the filing requirement for anti-corruption activists.

Laws 6674 and 6675 were introduced just months after the Ukrainian Parliament passed legislation already hindering NGO independence and autonomy, presented as anti-corruption legislation. The Presidential Administration argues that laws 6674 and 6675 are a way to address some of the most controversial measures of the so-called anti-corruption legislation, and were introduced to “to ensure public transparency of the financing of the public associations and the use of international technical assistance”.

Ukraine co-sponsored the resolution on human rights defenders adopted by the United Nations General Assembly in December 2015, thereby committing itself to ensuring that procedures governing the registration and funding of civil society are transparent, non-discriminatory, expeditious, and inexpensive. Ukraine further committed to implementing “sustainable public policies or programmes that support and protect human rights defenders at all stages of their work in a comprehensive manner.” In line with these commitments, 31 NGOs of Human Rights Houses called on the Presidential Administration to ensure that reporting requirements placed on human rights defenders and their organisations do not inhibit functional autonomy, in line with international standards.

In their letter of 5 April 2017 to President Poroshenko, the 31 NGOs of Human Rights Houses wrote that “in any country, governments must show restraint in obliging civil society to follow public transparency measures, and rather leave such measures to the initiative of non-governmental organisations themselves, as a way to prevent harming organisations working on sensitive issues.”

“The legislation is, in fact, a further step to undermine the legitimacy of human rights organisations. It suggests they are less legitimate than other actors in Ukraine. That is unacceptable. We urge the Presidential Administration to withdraw the draft legislation and call upon Ukraine’s international partners to make their requirements towards Ukraine on freedom of association clear, as we will at upcoming opportunities, such as the Human Rights Council session in September 2017,” concluded Florian Irminger.

ICNL analysis of the draft laws

The International Center for Not-for-Profit Law (ICNL) prepared analysis on the draft laws which can be read here.