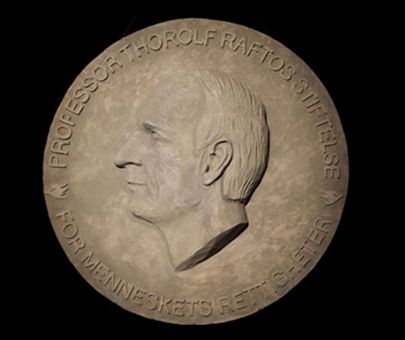 Brave fighters for human dignity at Rafto Symposium in Bergen

Severe retributions for being homosexual

Sexual Minorities Uganda, SMUG, represented by Frank Mugisha, is the 2011 Rafto Prize laureate. Their vision is a liberated Lesbian, Gay, Bisexual, Transsexual and Intersex (LGBTI) people of Uganda, which they have worked towards achieving since their foundation in 2004.  Many people in Uganda have the belief that homosexuality is an abnormal, disgusting and sinful act and that all sorts of retribution against homosexuals is acceptable. For homosexual people who live in the rural areas, they risk being lynched if it is discovered that they are homosexuals. Even after I accepted myself and understood my sexuality, and now live a life as a homosexual man out of the closet, there are still people in this world who think that I am abnormal and that I can be changed, said Frank Mugisha in his keynote address.  Mugisha recognises that the progress of SMUGs work is long-winded and demands personal sacrifice; “We put forward our fights and struggles with so much sacrifice. The fruits of these struggles may not be witnessed during my generation or your generation. We may never enjoy the results but the generations to come will enjoy these freedoms. For me that is good enough.”

Recently a member of the Ugandan parliament introduced a bill that would sentence a homosexual person to death in what the law called a “serial offense”. “If people still think that someone should be put to death simply because they are different, it beats my understanding how inhuman this person can be”, said Mugisha.

If the bill goes through, Uganda will be criminalizing same gender relations as a punishable offense. This is unfortunately not a new idea as over 50 countries in the world today considers being homosexual a crime that in some cases are punishable by death.

Mugisha: We still have more work to do

Activists, human rights defenders and every person concerned about freedom, dignity and the pursuit of happiness for all, we still have more work to do to advance human rights especially Lesbian, Gay, Bisexual and Transgender rights. Now is the time to reaffirm our values and our commitments, to the struggle for dignity, respect and human rights for all, Mugisha said as an appeal to the audience.

A parade of laureates

The second session of the symposium displaced a parade of Rafto Prize laureates that were distributed in two panels to discuss “The Past and the Present of Human Rights” and “Future Human Rights Challenges.” The laureates were in high spirits and grateful for the opportunity to meet each other in person.

am thanking everybody who are here, those who organized this conference, and those who are defending human rights”, said Sidi Mohammed Daddach, the 2002 Rafto Prize laureate. During his address to the audience, he stated a demand from the people of West Sahara to end the conflict that has lasted since 1975 between them and the Moroccan authorities, thus reminding us of one of the many “forgotten” conflicts in the world today.