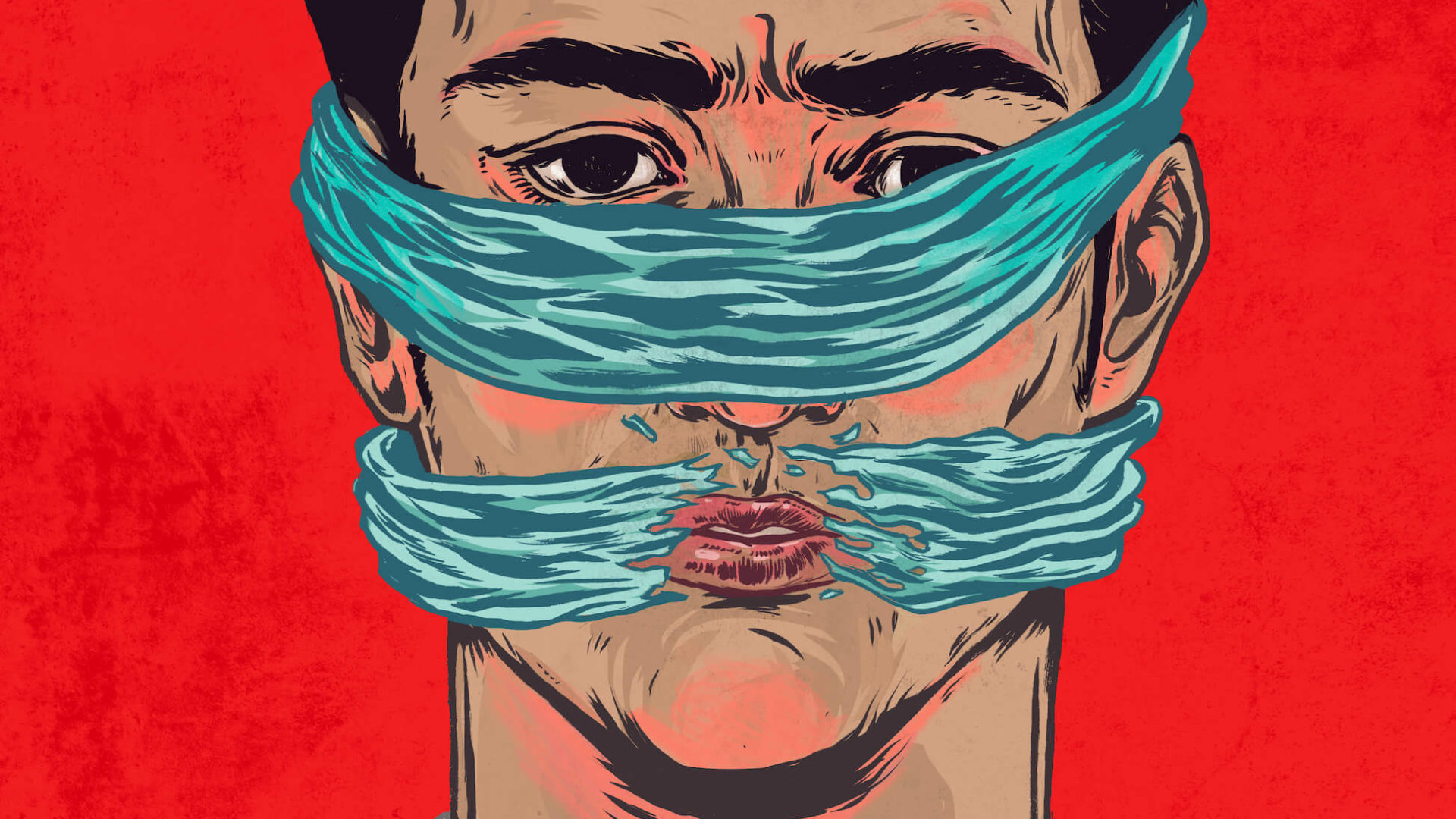 On this World Press Freedom Day, we call on the Russian government to uphold its responsibility to protect and defend freedom of the press. In 1998, the Russian Federation signed the European Convention on Human Rights, which guarantees the right to freedom of expression for all citizens and the right  “to receive and impart information and ideas without interference by public authority and regardless of frontiers.”

Russian independent media, and investigative journalism in particular, is under grave threat. From the very beginning of his presidency Vladimir Putin has cracked down on independent media through different means: legislative restrictions, change of ownership, fines  and criminal charges. These policies have led to a complete change in the Russian media landscape, which is now dominated by outlets controlled by the state or Vladimir Putin’s long-time friends.

The major TV channels belong either to the state directly (like RT and Rossiya) or the National Media Group controlled by Yuriy Kovalchuk, who the U.S. Treasury described as, “the personal banker for senior officials of the Russian Federation including Putin.” The ownership of major Russian newspapers and online media has also changed in the last decade leading to resignations of key editors and reporters and censorship in once independent outlets.

The past few years have seen a resurgence of investigative media with new organizations doing some of the best work ever done by Russian media.

However, in the past few months, attacks by the Kremlin on what remains of the independent media have escalated.

Attack on Roman Anin and IStories

On April 9, officers of the Federal Security Service led by an investigator from the Investigative Committee of Russia raided the apartment of Roman Anin, the prominent Russian investigative reporter and founder of IStories, an online independent media outlet. Anin has led numerous groundbreaking investigations into organized crime and corruption in Russia and has received prestigious Russian and international awards for his stories. All digital devices, notebooks, sim-cards and documents were seized from Anin’s apartment and IStories offices were also searched. None have been returned. After a seven hour search, Anin was taken to the Investigative Committee for interrogation. Anin is currently considered  a witness in the case, but that status  could  change any day to a suspect and defendant, which could ultimately result in a four year prison sentence.

The pretext for the raid of Anin’s apartment and the offices of IStories was a criminal case started five years ago following the criminal complaint by Olga Rozhkova, ex-wife of Igor Sechin, the head of the state controlled oil company Rosneft and one of the most powerful man in Russia. Rozhkova accused Anin of using photos from her Instagram account without her permission for a story about the luxurious yacht St. Princess Olga.

Documents from the criminal case show that Russian security services used this case as a pretext to put Anin under surveillance for the last several years, which included interception of his phone calls and online communications, hacking of his email and other forms of surveillance.

These draconian actions in response to Anin’s use of a readily available Instagram photo amount to a violation of Anin’s freedom of expression and harassment of the media by the state.

On April 14, law enforcement raided the office of independent student magazine DOXA and the apartments of its four editors Armen Aramyan, Natalia Tyshkevich, Vladimir Metelkin and Alla Gutnikova as well as the apartments of two of the editors’ parents. After the raid, these editors were detained and taken to the Investigative Committee for interrogation.

Aramyan, Tyshkevich, Metelkin, Gutnikova were later charged under Article 151.2 of the Russian criminal code (“involvement of minors in hazardous activities”), which carries a potential sentence of three years in prison. The evidence is based on a video published by DOXA in January 2021. The video emphasizes the unlawful threats of expulsion made by universities’ administration to students before the winter protests supporting Alexey Navalny. DOXA previously removed the video at the request of the Federal Service for Supervision of Communications (Roskomnadzor), but later appealed the order.

On April 23, the Russian Ministry of Justice proclaimed Meduza, the biggest independent online news outlet in Russia, as a “foreign agent.” Recently introduced by Russian legislators, this status imposes a number of irreversible restrictions on a media outlet which — if not followed — can further lead to huge fines, blockage of the media’s website and criminal prosecution of its reporters.

This decision by the Russian authorities was later condemned by the European Union which stated, “the so-called ‘foreign agent’ law contributes to a systematic infringement of basic freedoms, and restricts civil society, independent media and the rights of political opposition in Russia.”

“It is extremely concerning that Russian authorities continue to restrict the work of independent media platforms, as well as individual journalists and other media actors. It goes against Russia’s international obligations and human rights commitments,” the EU further stated.

These attacks, in addition to more than a dozen restrictive laws adopted by the state against the freedom of expression in the last decade, show that the Kremlin intends to silence independent media outlets and deprive Russian citizens of truthful information. Today on World Press Freedom Day, we, the undersigned, stand in solidarity with our Russian colleagues from IStories, DOXA, Meduza and other independent Russian media, who withstand unprecedented pressure and nevertheless continue their hard work by telling the truth and holding power to account.