Home
/
Latest
/
HRC51: statement at ID with Independent Commission of Inquiry on Ukraine 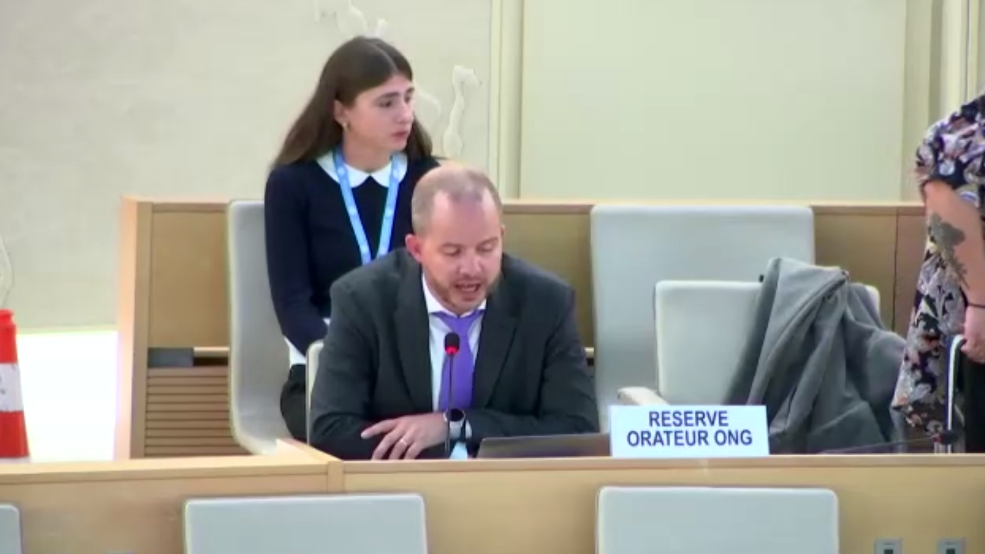 HRC51: statement at ID with Independent Commission of Inquiry on Ukraine

On 23rd September, Human Rights House Foundation delivered a statement at HRC51 highlighting the human rights situation in Ukraine following the full-scale Russian invasion, with a particular focus on the situation for enforced disappearances as reported by network of Human Rights Houses member, ZMINA. The statement was delivered during the Interactive dialogue with the Independent International Commission of Inquiry on the situation of human rights in Ukraine stemming from the Russian aggression.

We acknowledge the gravity of the update from the Commission and thank it for its work.

Since February 24th, Ukraine has witnessed an incredible rise in the rate of enforced disappearances, as Russia has instigated the practice as a method of intimidation and suppression of resistance.

ZMINA, one of our partner organizations and a member of Ukraine’s 5 a.m. coalition has documented at least 311 cases of enforced disappearances of Ukrainians in the newly occupied territories with victims,
including local officials, journalists, volunteers, teachers, religious and cultural figures, activists who did not agree with the occupation and members of their families.

Of those 181 people have been released, but 118 are currently missing or held in Russian captivity. In reality, the actual numbers are likely to be far larger, ZMINA has also documented at least 12 cases of people who have suffered enforced disappearance and died as a result of torture at the hands of Russia, either in captivity or shortly after release as a result of their treatment.

In addition, we continue to have grave concerns for the countless numbers of Ukrainian civilians who are being forcibly transferred from Ukraine to Russia, including deportation of children and family separation.

And we highlight the thousands of Ukrainians held in Russian filtration camps and the reports of their appalling conditions and treatment.

It is essential that the Commission of Inquiry be given every assistance document and collect evidence on such cases.

We asked the Commission of Inquiry what is the assessment of Ukraine ratifying the Rome Statute and would ratification aid the process of accountability?