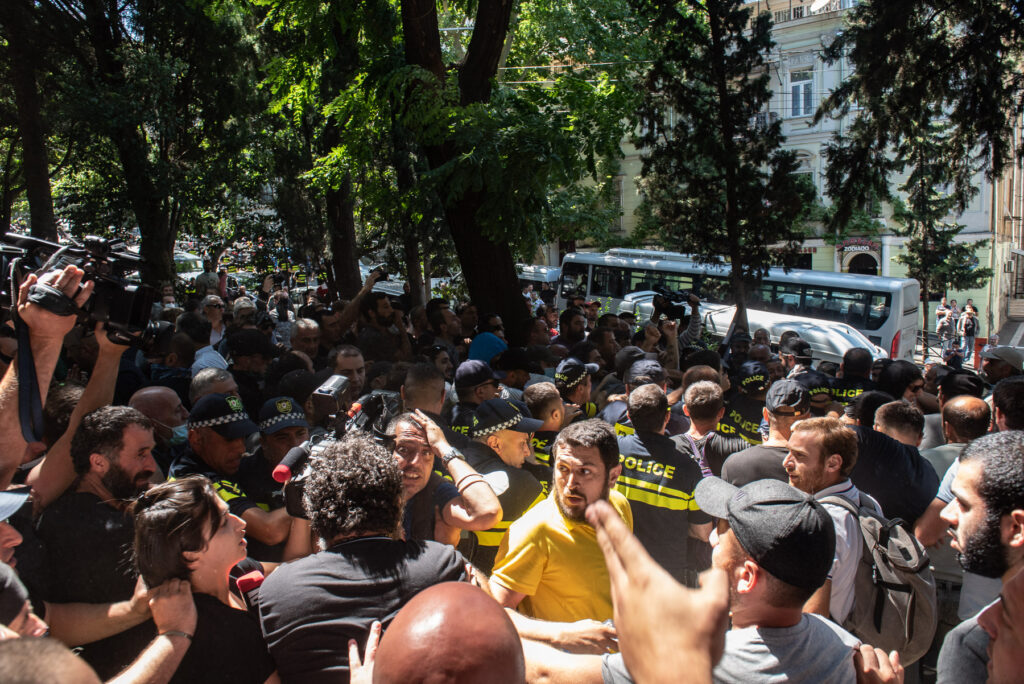 HRC47: Statement on human rights in Georgia and violence against Tbilisi Pride

On 8 July 2021, Human Rights House Foundation delivered a statement to the UN Human Rights Council on on human rights in Georgia and violence against Tbilisi Pride.

We were shocked at the violence perpetrated against the LGBT+ community and their supporters around the 5 July March for Dignity organized by Tbilisi Pride. The violence was also directed at journalists and other human rights defenders and organisations, including the Human Rights House Tbilisi which saw an incendiary device thrown into its courtyard by a violent mob.

We condemn this violence against human rights defenders doing legitimate work.  But we also condemn the Georgian authorities’ failure to prevent it, despite repeated warnings by Georgian and international civil society organisations of threats and intimidation made by far right and nationalist campaigners.

We call upon Georgia on such occasions to ensure the safety of event organisers and participants and protect their rights to freedom of expression and assembly.

Finally, HRHF and Human Rights House Tbilisi extends an offer of assistance to Georgia in designing its UPR implementation plan, particularly with respect to increasing protections for human rights defenders.

Top photo: A group of journalists being attacked near the Kashveti Church on Rustaveli Avenue in connection with Tbilisi Pride arrangements. Photo: Mariam Nikuradze/OC Media.