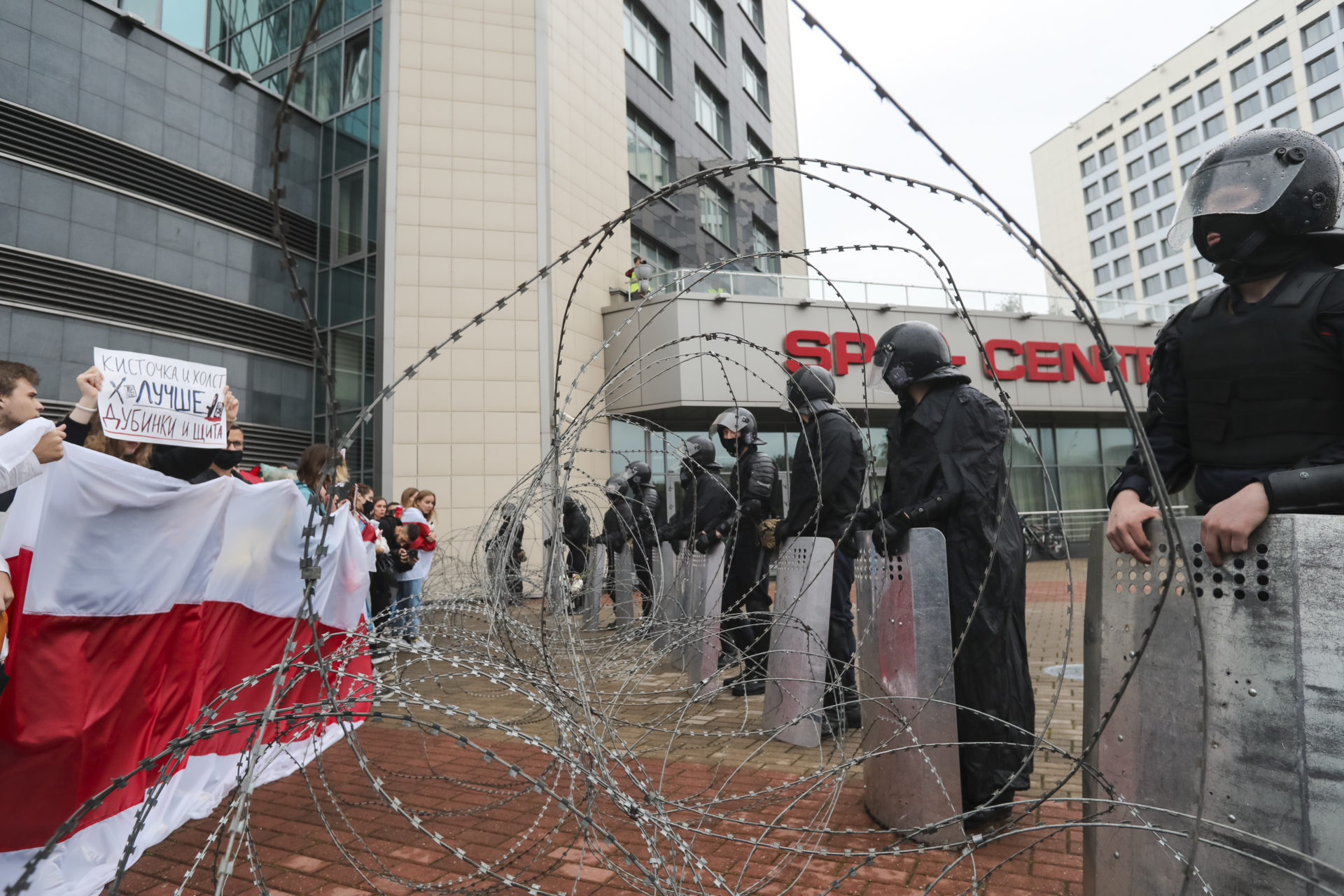 On February 16, 2021, Belarusian authorities launched what appears to have been a coordinated campaign of searches of human rights organisations and searches and detentions of human rights defenders and journalists in Minsk, Homiel, Brest, Vitebsk, Mogilev, and Hrodna. The authorities searched the offices of the Belarusian Association of Journalists (BAJ) for three hours, seized membership information and other documents and equipment and later sealed the offices. The authorities detained or targeted in police raids at least 25 human rights defenders working largely for two member organisations of the Barys Zvozskau Belarusian Human Rights House, BAJ and Human Rights Center “Viasna”.

It appears that the raids on February 16, 2021 are linked to a criminal case opened under Article 342 of the Criminal Code, which is related to the organisation and preparation of actions that grossly violate public order or active participation in them. The Interior Ministry’s Main Directorate for Combating Organized Crime and Corruption (GUBAZIK) appears to have conducted today’s actions, which were sanctioned by the Prosecutor General’s office.

Among those targeted by the authorities on February 16, 2021 include:

Today’s action is another step by the Belarusian authorities to stifle dissenting opinion, and crush the freedoms of assembly, association, and expression in Belarus. They are clearly reprisals by the authorities for organisations and individuals doing legitimate work to promote and protect human rights in Belarus. Today’s actions were linked explicitly to Article 342 of the Criminal Code and follow a deeply worrying trend of using the criminal code to target human rights defenders, including journalists.

Among those previously targeted through the use of this article include:

Attacks against other human rights defenders and associations which carry out legitimate human rights work continue and must also immediately cease.

Among those also targeted by Belarusian authorities include: