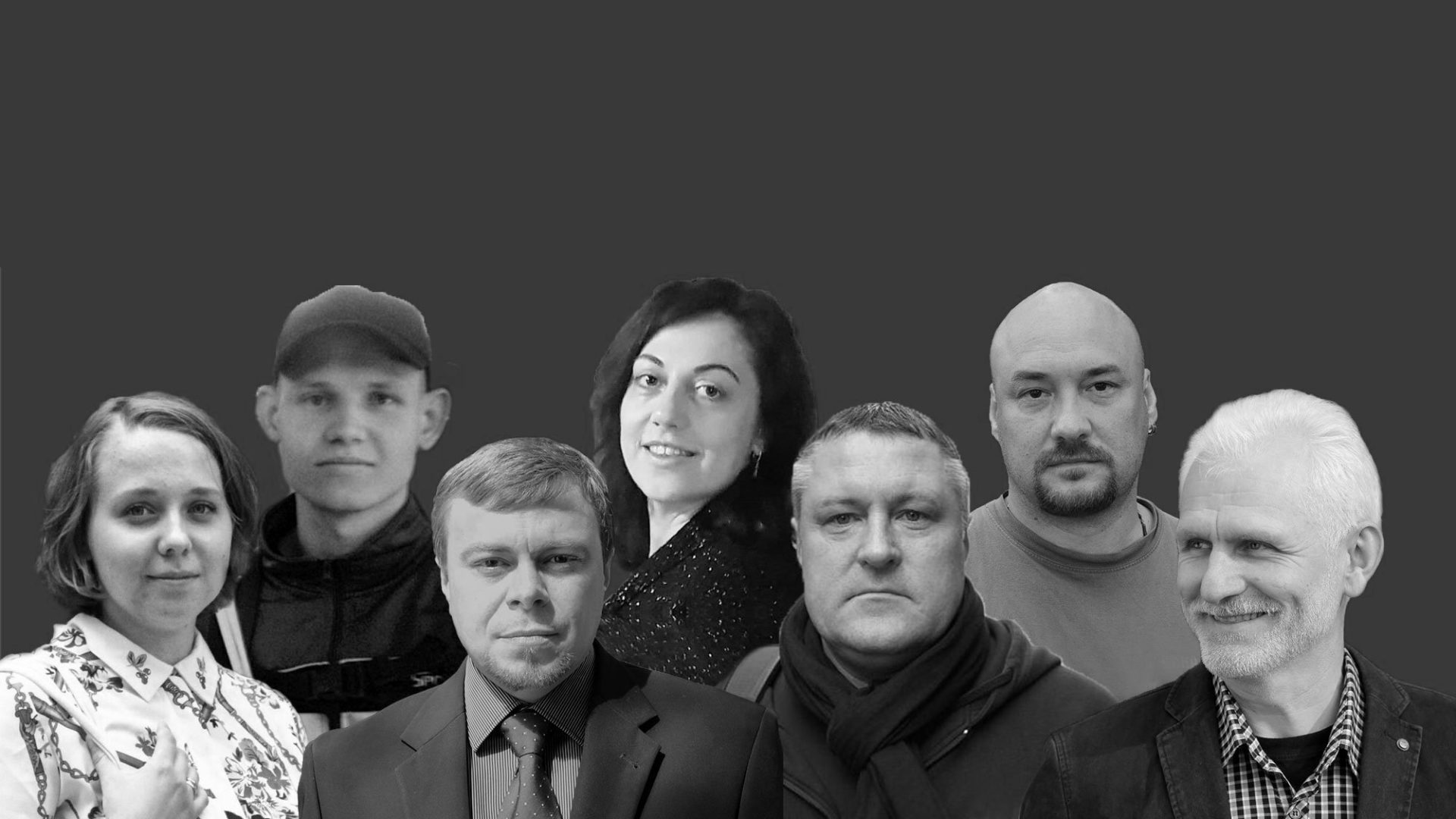 “Today marks one year since the Belarusian authorities started their shameless witch-hunt against Viasna by arbitrarily detaining Marfa Rabkova, Viasna’s Volunteers Coordinator. In the months that followed, six more members of this human rights organization were thrown behind bars and charged with unfounded criminal offences for carrying out their legitimate human rights work,” the organizations said.

The following is a list of those detained and their charges under the Criminal Code of Belarus:

Marfa Rabkova, the coordinator of Viasna’s network of volunteers, was detained on 17 September 2020, and has been in pre-trial detention ever since. She has been charged with ‘training and other preparation of people for participation in mass riots’, ‘incitement of racial, national, religious or other social hatred or discord committed by a group’, and ‘membership of a criminal organization’ and could face up to 12 years in prison.

Andrei Chepyuk, a volunteer for Viasna in Minsk, was detained on 2 October 2020 and is charged with ‘participation in mass disorder’ and ‘membership of a criminal organization’. He could face up to seven years in prison.

Leanid Sudalenka, the director of the Homel branch of Viasna, was detained on his way to the office on 18 January 2021.  Sudalenka had provided legal assistance to dozens of Homel region residents who were detained and charged for their participation in post-election protests.

Tatsyana Lasitsa, an activist who volunteers for Viasna in Homel, was detained on 21 January 2021, and is charged with ‘organization or participation in group actions that gravely violate public order’. She could face up to three years’ imprisonment.

Another volunteer of the Homel branch of Viasna, Maryia Tarasenka, was detained on 18 January 2021. She was held for three days before being released on 21 January 2021 after she agreed to sign a pledge not to leave the country.

All three members of Homel branch of Viasna, Leanid Sudalenka, Tatsyana Lasitsa, and Maryia Tarasenka, face charges of “organizing, financing, training and preparation of actions grossly violating public order and financing such activities” under parts 1 and 2 of Article 342 of the Criminal Code. If convicted, they could face up to three years of imprisonment.

On 16 February 2021, Belarusian law enforcement officers raided Viasna branches in Minsk, Homel, Mahilyou, Vitsebsk, Brest, and other towns, as well as the homes of staff.  In March 2021, the Belarusian Investigative Committee, an agency responsible for criminal investigations, opened a criminal case into Viasna’s activities under Article 342 of the Criminal Code (“organizing and preparing actions that gravely violate public order or active participation in such actions”).

Finally, on 14 July 2021, following raids on more than a dozen major Belarusian civil society and human rights organizations, including Viasna, by Belarusian law enforcement officers, Ales Bialiatski, the chair of Viasna, Valiantsin Stefanovich, a member of the Viasna Board and vice-president of the International Federation of Human Rights, and Uladzimir Labkovich, a Viasna lawyer, were detained. They have all been charged under Article 342 and Article 243(2) (“tax evasion”) which carries a maximum sentence of seven years.

The reprisals against Viasna are just a part of a broader crackdown on civil society in Belarus. On 22 July 2021 alone, the Ministry of Justice ordered the closure of 53 organizations.  At present, more than 200 civil society organizations have been shut down or are in the process of being closed down.

“Alyaksandr Lukashenka’s government openly assaults peaceful protesters but tries those who defend them in secret. Its sham ‘trials’ are kept out of sight, to hide the absurd charges, avoid public witnesses and save itself profound embarrassment. The authorities pressure lawyers representing peaceful protesters not to speak, and information is sparse. Even so, one thing we can be certain of is that these seven human rights defenders are innocent of all charges, and we demand their immediate and unconditional release,” the organizations said.

There are concerns that none of the Viasna staff members or volunteers will face a fair trial. Uladzimir Labkovich, for instance, was not given access to his lawyer for several days after his detention. There are also concerns about the detention conditions, as the majority of human rights defenders have not been allowed any phone calls or visits from family members and their correspondence is often blocked.

The joint campaign #FreeViasna, demanding the immediate release of the Viasna seven, calls on the Belarusian authorities to:

Founded in 1996, Viasna is a leading human rights group in Belarus and has been actively monitoring and documenting human rights violations following the August 2020 disputed presidential elections. Viasna has faced harassment and interference from the Belarusian authorities throughout its existence. In 2003, the authorities deregistered the organization, and despite numerous attempts to re-register, Viasna has been forced to continue its work without official registration. In 2011, the Chair, Ales Bialiatski, was sentenced to four and a half years in prison on tax evasion charges and served almost three years of his sentence before being released in an amnesty in 2014.