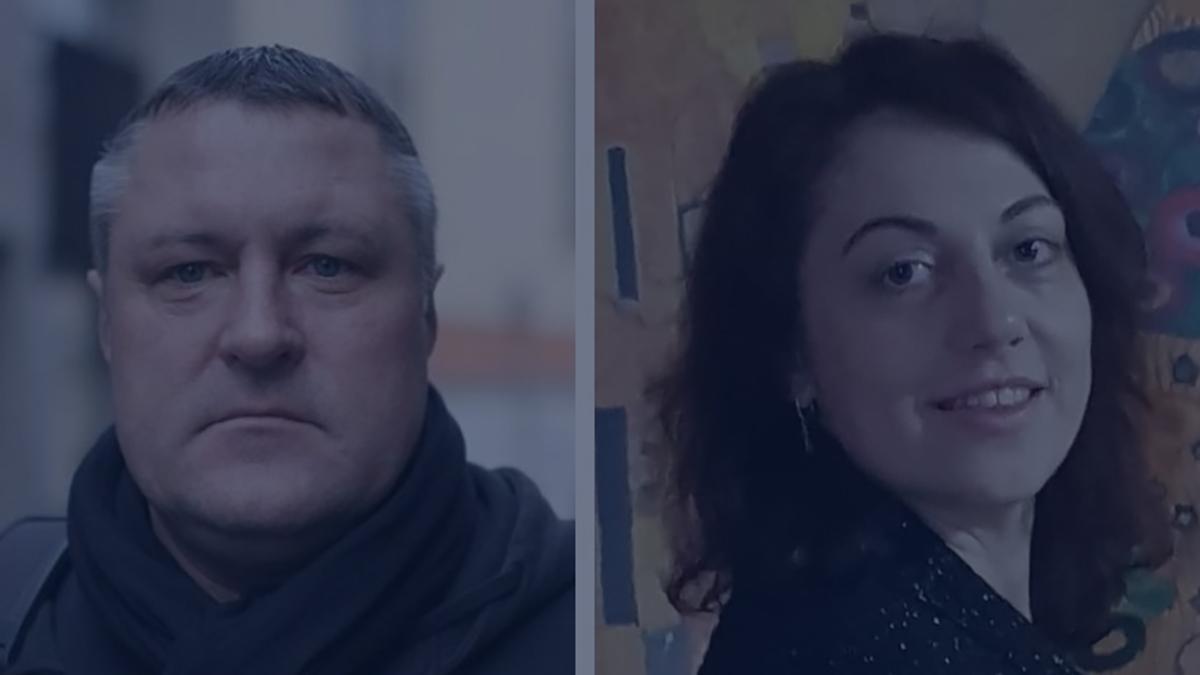 Human Rights House Foundation and 17 other international and Belarusian organizations call on Belarusian authorities to immediately annul the outrageous verdict and drop all charges against Leanid Sudalenka and Tatsiana Lasitsa, sentenced today to 3 and 2.5 years in prison, as well as five other members of Viasna who are currently in jail on politically motivated charges.

On Wednesday, November 3, the Centraĺny District Court in Homieĺ delivered the verdict in the politically motivated criminal case against two human rights defenders with the Homieĺ branch of Viasna, a leading Belarusian human rights group. The court sentenced the head of Viasna’s Homieĺ office Leanid Sudalenka and Viasna’s volunteer Tatsiana Lasitsa to three and two and a half years in prison, respectively.

18 international and Belarusian organizations call on Belarusian authorities to immediately annul the outrageous verdict and drop all charges against Sudalenka and Lasitsa, as well as five other members of Viasna who are currently in jail on politically motivated charges.

“Politically motivated prosecutions of Viasna members and volunteers are part of the ‘purge’ of Belarusian civil society declared by Aliaksandr Lukashenka and his government. Belarusian authorities’ targeting of Viasna in particular is no doubt designed to punish the organization for its outstanding and courageous human rights work over the course of 25 years.”

On October 13, the prosecutor’s office requested three years’ imprisonment for Sudalenka and Lasitsa on charges of “organizing, financing, training, and preparation of actions grossly violating public order and financing such activities.” The charges were backed by absurd “evidence,” such as Sudalenka’s Facebook post offering to buy firewood for the family of someone accused of “mass rioting” in connection with the peaceful protests of 2020.

Sudalenka and Lasitsa have been in pretrial detention for over nine months, having been arrested on January 18 and 21, respectively. Their trial began in early September and was held behind closed doors.

On January 18, authorities also detained Viasna’s volunteer Maryia Tarasenka in connection to Sudalenka and Lasitsa’s case. She was released under her own recognizance three days after the arrest. Tarasenka left Belarus after prosecutor’s office requested two and a half years imprisonment for her in October.

The other five Viasna members currently behind bars on politically motivated criminal charges are Ales Bialiatski, the founder and chairman of Viasna, Valiantsin Stefanovic, Viasna deputy chairman, Uladzimir Labkovich, a lawyer and coordinator of the group’s campaign “Human rights defenders for free elections,” Marfa Rabkova, coordinator of Viasna’s network of volunteers, and Andrei Chapyuk, a volunteer for Viasna in Minsk.

The human rights defenders’ conditions of detention raise serious concerns: reports indicate they have been subjected to degrading and cruel treatment and their correspondence is often blocked. On October 13, Marfa Rabkova’s husband was allowed to see her for the first time in 13 months and reported she had been asking for but was denied medical care.

Around 100 Viasna human rights defenders and volunteers, as well as their family members, have also been interrogated and designated witnesses in criminal cases against their colleagues. At least seven have been designated suspects.

Belarusian law enforcement continues regular interrogations in connection with the criminal cases against Viasna employees, including activists of other civil groups and initiatives.

The criminal investigations against Viasna members and other human rights defenders are taking place in an atmosphere of secrecy; trials are not open to the public and lawyers are forced into signing overly broad non-disclosure agreements under threat of disbarment. On October 12, the Belarusian Ministry of Justice arbitrarily suspended Natalia Matskevich, Marfa Rabkova’s lawyer, from performing professional duties pending a disciplinary action against her.

On September 17, 23 international and Belarusian human rights groups launched a campaign #FreeViasna, demanding the immediate release of the jailed Viasna human rights defenders. We continue calling on the Belarusian authorities to: