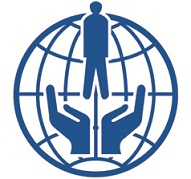 HRIDC statement on the dispersal of LGBT organization Identoba’s demonstration

Human Rights Centre condemns the dispersal of a march organized by the organization Identoba in observance of the International Day Against Homophobia and Transphobia.

Identoba demonstrated against the negative attitudes toward, and stigma applied to the LGBT community in Georgian society. On Rustaveli Avenue, in the center of Tbilisi, the marchers were blocked by protesters disagreeing with Identoba’s message.

Despite the fact that Identoba informed the police in advance about possible threats to the march, authorities were unable to maintain order and defend the peaceful demonstrators. A group of civilians, largely made up of members of the Union of Orthodox Parents, blocked the road in front of the peaceful demonstrators and attacked them verbally and physically. Human Rights Centre finds it alarming that patrol police at the scene reacted late and, when they did, arrested the victims rather than the perpetrators. Levan Berianidze and other members of Identoba – Guram Demetrashvili, Magda Kalandadze and Gvanca Dzerkorashvili who tried to block the road as a sign of protest – were all arrested by the police.

Human Rights Centre is concerned by the inadequate reaction from the police and by the fact that Georgian citizens were deprived of the right to express their opinion freely.

Although the Georgian constitution defends every citizen’s right to gather in a public place and express her or his opinion freely on any issue, the Georgian government failed to protect this right during Identoba’s demonstration.

We urge Ivane Merabishvili, the Minister of Interior of Georgia, to identify and hold accountable those police officers responsible for maintaining public order during the demonstration, who failed in defending citizens’ right to freedom of expression, leading to the escalation into violence.

We urge Murtaz Zodelava, the Chief Prosecutor of Tbilisi, to investigate the circumstances of the dispersal and hold accountable those responsible for the verbal and physical abuse directed at the participants in Identoba’s demonstration. The Chief Prosecutor should keep in mind the recent amendments made to the criminal code, under which crimes based on religious, ethnic, sexual orientation or other forms of discrimination are considered grave offenses.

We also urge all Georgian citizens to refrain from spreading hatred in the country, and respect the rights of sexual, religious, ethnic and other minority groups, their opinions and peaceful forms of expression.