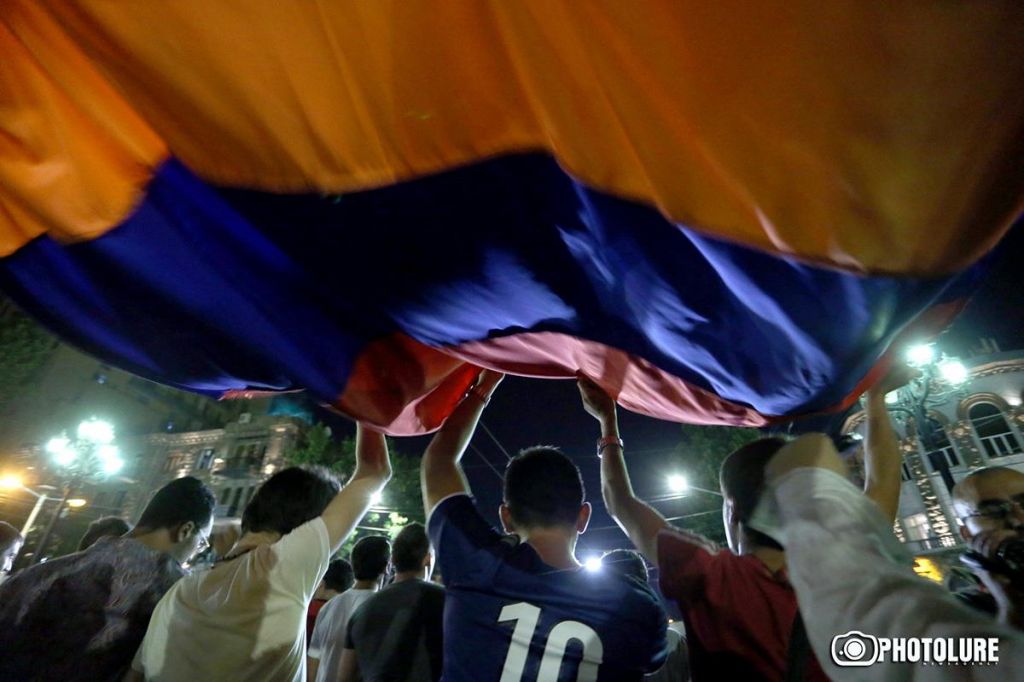 Members of Human Rights House Yerevan have issued a joint statement condemning police activities against peaceful citizens, and calling on the police and security services, as well as other stakeholders, to act to ensure the rights and freedoms of citizens are respected and protected.

On July 17 in the morning the occupation of Grand Patrol Service station by “Sasna Tsrer” group was followed by persecutions of peaceful civilians by police officers in the streets.

Human Rights House Yerevan condemns the activities of the police against peaceful civilians on 17th and 18th July: in particular illegal detention, torture, keeping more than 3 hours without defining the status, in places not supposed for detention.

Only during July 17th Armenian Police detained more than 140 people in Yerevan, Gyumri and Vanadzor, including at least one minor. It is noteworthy that more than 100 residents of the city were taken to the 1,033 unit of police troops, in some cases keeping people there from 6 to 30 hours. The public has become aware of a case where the family of a civil activist was taken and kept in the police to force the activist to come to police. With these actions the police violated the RA [Republic of Armenia] law and a number of international treaties.

During these days the police, without providing reasonable suspicion, restricted the exercise of freedom of movement, rights to peaceful assembly of citizens, rights to freedom of expression, thus depriving people of their fundamental right to freedom.

Under the circumstances, resolving the political situation by use of weapons and at the cost of victims from any of the sides is unacceptable; and the whole responsibility is on the ruling regime.

Joint to the statement: