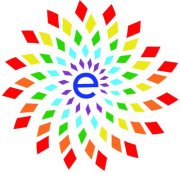 One would think that the authorities had learned from the discussions that surrounded the Eurovision Song Contest that such restrictions and violations do not pass unnoticed, and do not reflect positively on the country’s image, Engesland adds.

In an open letter to the secretariat and delegates of the 7th Internet Governance Forum currently meeting in Baku, Expression Online Initiative – which consists of several Azerbaijani freedom of expression organizations including Norwegian Helsinki Committee partner Human Rights Club, the Azerbaijan Media Center and the Institute for Reporters’ Freedom and Safety – express concern over restrictions imposed by the IGF secretariat.

These restrictions include the exclusion of local freedom of expression organizations – despite the IGF main principle that guarantees the equal participation of all stakeholders – and attempts at denying Expression Online Initiative the right to distribute reports dealing with freedom of online expression in Azerbaijan, despite the fact that these reports are of direct relevance to the Forum.

The Expression Online Initiative is writing to express serious concerns regarding violations of UN main principles that continue to take place during the seventh annual Internet Governance Forum (IGF) in Baku. These violations have included: restrictions on freedom of expression and freedom of association; failure to guarantee equal rights for every participant; and discriminatory practices against local civil society organizations and their representatives.

The Expression Online Initiative is a consortium of Azerbaijani freedom of expression organizations including the Human Rights Club, the Azerbaijan Media Center and the Institute for Reporters’ Freedom and Safety.

In early July 2012, the coalition sent an official request to the IGF Secretariat to make arrangements for a booth at the IGF village. Despite the fact that we sent several follow-up emails, the Secretariat failed to respond until the week before the IGF. At that stage, the Secretariat agreed to provide a booth for the Expression Online Initiative. Then, two days before the event, the Secretariat informed Expression Online that no booth would be available, stating that “preference is given to international organizations.” This statement contradicts the IGF main principle that guarantees equal participation of all stakeholders. As stated in the “IGF Background Note” from 2010, “the IGF serves as a laboratory, a neutral space, where all actors can table an issue. (…) Its UN mandate gives it convening power and the authority to serve as a neutral space for all actors on an equal footing.”

Furthermore, the Secretariat tried to prevent distribution of the Expression Online Initiative’s reports Searching for freedom: Online Expression in Azerbaijan and The Right to Remain Silent: Freedom of Expression in Azerbaijan ahead of the 7th Internet Governance Forum. The IGF coordinator told our representatives “You are not allowed to distribute these reports within IGF premises.” Our attempt to distribute these reports, which examine issues in Azerbaijan which are directly relevant to the IGF, were perceived by the Secretariat as an attempt to “attack one of the stakeholder group,” i.e. the Azerbaijani government.

It is worth mentioning that Secretariat staff did attempt to assist the Expression Online Initiative. They suggested that we seek permission from the Azerbaijani government, specifically the Ministry of Communications and Information Technologies (ICT Ministry), to distribute the report. The Secretariat’s IGF Coordinator said “If your government does not find the content insulting we will provide you with the booth and allow distribution of those two reports.” The Expression Online Initiative considers this requirement to seek permission from the authorities to be an undue exercise of influence from the IGF host country.

The matter of the booth was not an isolated incident. Expression Online representatives faced other instances of discriminatory treatment. For example, one representative experienced particular difficulty in attempting to register for the IGF. A representative of UN security subjected him to extensive questioning about his motives for attempting to register and handed his personal ID card to the local authorities. In particular, they asked him whether he planned to stage a protest at the IGF, a question which was again asked by the host country-appointed registration staff.

Representatives of the online television station Obyektiv TV, which is affiliated with the Expression Online Initiative, also experienced discriminatory treatment in seeking to register its correspondents for the IGF. Although they were eventually registered, the host country-appointed registration staff attempted to prevent their registration. As grounds for potential refusal, they claimed that the Azerbaijani ICT Ministry did not consider Obyektiv TV to be a media outlet.

It should be noted that the registration staff are members of an Azerbaijani pro-governmental youth organization which has a vested interest in interfering with who can attend the IGF.

The Expression Online Initiative calls for an immediate investigation into these and other reports of violations of rights and discriminatory treatment, and public clarification about the relevant procedures for registration and dissemination of materials.