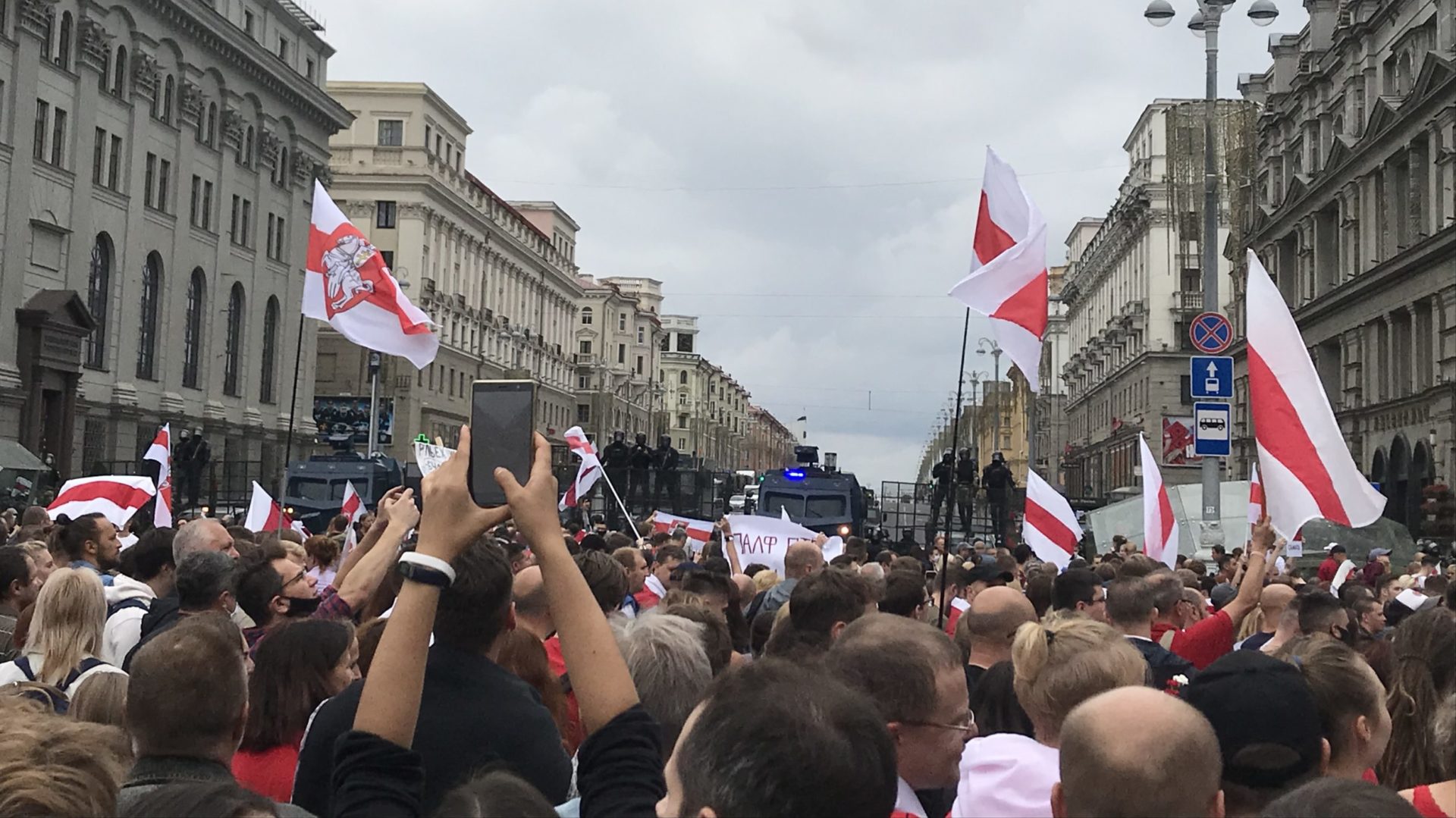 Belarus: Living in an endless August

“Crimes against humanity are being committed in the centre of Europe right now, in the 21st century, all because Belarusians want free and fair elections.”

This interview can be read in Belarusian here.

“I think the crisis in Belarus started with the reaction to the State’s approach to the COVID pandemic.”

“While Lukashenka called the pandemic a psychosis, it was civil society that raised money to provide doctors with personal protective equipment, because they did not have it at all. So if there is any positive here, it is about the solidarity we’re seeing.”

As protests in Belarus have continued to make headlines across the world since the 9 August 2020 presidential election, the face of this movement has been unmistakably female. In this interview, Human Rights House Foundation speaks to Victoria Fedorova about her experiences before and during the on-going crisis. This interview has been edited for length and clarity.

“The Belarusian authorities have a long history of human rights violations, often connected with Presidential election cycles. But in the summer of 2020, Belarus experienced not only a human rights crisis, but crimes against humanity. In connection with these elections, people were detained, beaten, tortured, and forcibly taken out of the country. Fired from their jobs, expelled from universities. No one expected this level of repression.”

“By late 2020, people were hiding protesters in their apartments every Sunday so they would not be detained and beaten by police. It was hard to see these new events unfold, people were compelled to hide other people.”

“Today, the situation is only getting worse. A wave of repressions began against human rights defenders, in particular the International Committee for the Investigation of Torture, in which I work. Many were forced to leave the country, including myself. I want to return to a free and safe Belarus, where human rights and the dignity of everyone are respected.”

“The number of political prisoners already exceeds 350 people; trials of peaceful protesters take place almost daily. The torture has not ended – in the isolation wards, inhumane conditions are deliberately created for those who are detained for political reasons.”

We don’t know what the State may do next to preserve Lukashenka’s power.

“There are thousands of cases: victims describe beatings, prolonged stress positions, electric shocks, and at least one case of rape. Despite thousands of complaints to the Belarusian Investigative Committee, not a single criminal case has been initiated. We see no reaction of State bodies to any of these facts. And not a single person suspected of committing torture has been suspended from their duties. Lukashenka’s General Prosecutor, who is also the head of the Ministry of Internal Affairs, did not make any public statements condemning torture.”

“I don’t think about the next day, and I don’t feel that today is April 2021, because it is as if we are living in an endless August. We don’t notice the changing of the seasons, we notice only the repression, the new detentions, the new torture cases.”

It is very important that the situation in Belarus remains on the agenda of the world community. Everyone can help – share news about Belarus on social networks, inform local politicians, local businesses.

“It is very difficult to work and also to live, because we human rights defenders are too part of society, we’re not just what we do. Of course, I have emotions, especially in the evening. It is depressing to see people suffer. And also of course it is depressing to see that our protests have been going on for eight months now and we don’t see the main result that we want, which is new elections.”

“The point of no return, which we passed already back in August, was the mass torture of people and of course protesters being killed. And I believe that society, the protesters – and me of course – understand that if we stop now, and if Lukashenka remains in power, a significant number of people, especially the most economically active including IT professionals, will simply leave the country. And if Lukashenka remains in power, then we will have a wave of repression, some kind of North Korea in the centre of Europe, and nobody will investigate the crimes committed against peaceful citizens. And perpetrators will remain unpunished.”

We cannot stop the protests because we owe it to all the victims, to all the people who died, to go on. And we have a lot of victims.

“We cannot go back, and we cannot accept some kind of dialogue with that person who holds the office of President. I can’t say that he’s the President, because he is not.”

Victoria Fedorova is the Chair of Legal Initiative, a member of the Belarusian Human Rights House. focusing on rule of law and human rights.