Home
/
Latest
/
Moscow Mechanism report on Ukraine: Next steps for the OSCE 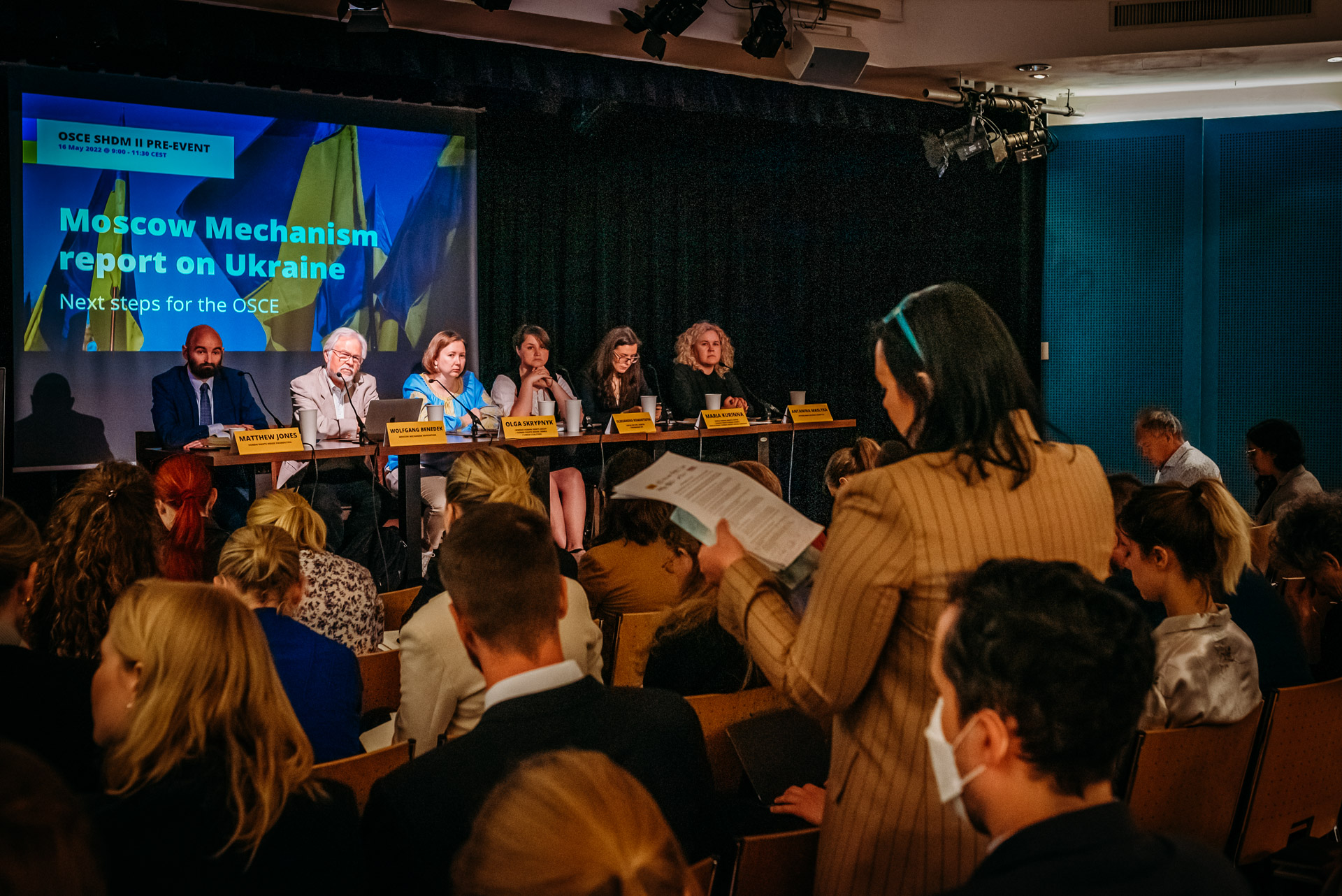 Moscow Mechanism report on Ukraine: Next steps for the OSCE

On 16 May 2022, Human Rights House Foundation and several Ukrainian and international partners hosted “Moscow Mechanism report on Ukraine: Next steps for the OSCE,” a pre-event for OSCE delegations and stakeholders ahead of the Supplementary Human Dimension Meeting.

*- 5:00am Coalition is a coalition of Ukrainian human rights organisations organised in March 2022 to document human rights violations and war crimes resulting from Russia’s renewed invasion of Ukraine.

**- Euromaidan SOS is a volunteer initiative coordinated by the Centre for Civil Liberties, originally formed in 2013-2014 to provide legal assistance to victims of Euromaidan and reconstituted in 2022 to provide assistance to people affected by Russia’s invasion of Ukraine and document warm crimes.

On 3 March, 45 OSCE participating States invoked the Moscow Mechanism in order to “address the human rights and humanitarian impacts of the Russian Federation’s invasion and acts of war, supported by Belarus, on the people of Ukraine, within Ukraine’s internationally recognized borders and territorial waters.”

Three experts were appointed to report on the situation, specifically to 1) Establish the facts and circumstances surrounding possible contraventions of OSCE commitments, and violations and abuses of international human rights law and international humanitarian law; 2) Establish the facts and circumstances of possible cases of war crimes and crimes against humanity, including due to deliberate and indiscriminate attacks against civilians and civilian infrastructure; and to collect, consolidate, and analyse this information with a view to presenting it to relevant accountability mechanisms, as well as national, regional, or international courts or tribunals that have, or may in future have, jurisdiction.