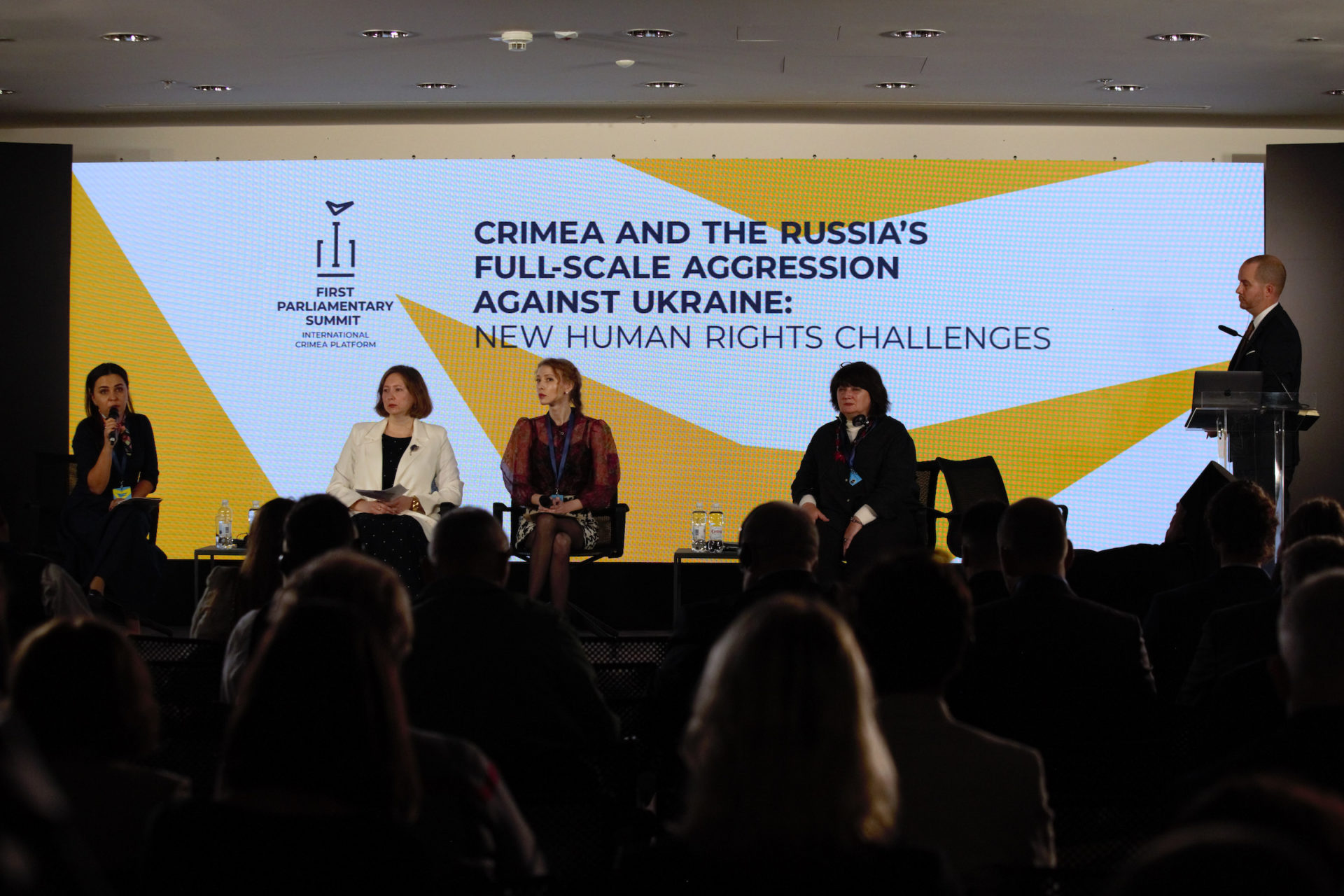 On 24 October 2022, Human Rights House Foundation co-organised a side event ahead of the start of the First Parliamentary Summit of the International Crimea Platform. The event focused on the deteriorating human rights situation in occupied Crimea following the launch of renewed Russian aggression against Ukraine in February 2022.

In the eight months since the start of Russia’s renewed invasion of Ukraine, occupied Crimea remains a location of severe human rights violations and increasing militarisation by Russian authorities. As of September 13, 2022, at least 140 citizens of Ukraine have been deprived of liberty due to politically and/or religiously motivated criminal prosecution. Increasingly draconian laws limiting the freedoms of assembly, association, and expression and opinion in Russia continue to be applied in occupied Crimea.

This side event will take place prior to the start of the First Parliamentary Summit of the International Crimea Platform. It allows an opportunity for civil society organisations to share new wide-ranging research and documentation on human rights violations in Crimea as well as the human rights implications for increasing militarisation of the peninsula.

The panel will focus on the following key questions: