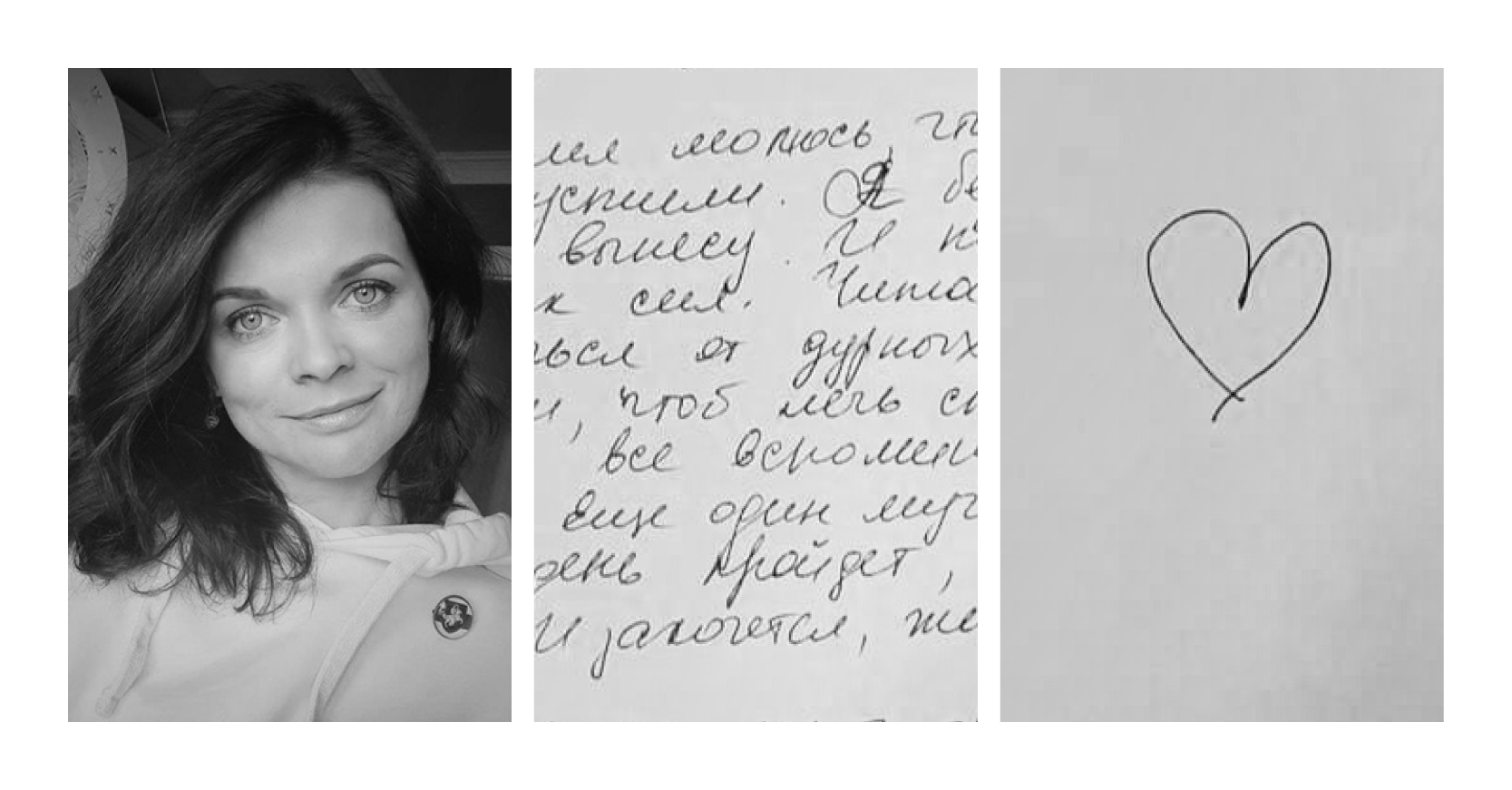 Volha Takarchuk runs a political vlog with almost 37,000 subscribers. She was detained several times after the August 2020 election, but on the morning of 19 May her apartment was searched, some of her belongings were seized, and she was detained. She has remained in prison since then.

When Volha’s parents tried to deliver a food package to her on 8 June, they were told that she had been placed in solitary confinement for allegedly violating the “rules of procedure”. They were not told what the alleged violation was. In her letter below, Volha refers to the effects that her “lockup” had on her.

Volha’s reference to having received a “parrot – dracula and BMW” are understood to be a response to the contents of Elena’s (the person she is corresponding with) letter. She also refers to her two young children, who she says she cannot bear to be without. By now, she has already missed both of their birthdays.  Read more about Volha Takarchuk and other Belarusian political prisoners here.

Elena, hello. I received your parrot – Dracula and the BMW 🙂 Thank you, it was very interesting to read all that. At least it distracted me a little from my bad thoughts.

I’m doing so-so. I’ve been transferred to another cell, the same one I was in the first days I spent here! The girls here are much nicer than in my previous cell, so it’s easier to be here. There are a lot of people here older than myself, so they help me out and look out for me. But somehow it doesn’t really help. The days pass and nothing changes. At least, the lack of news makes it feel that way.

My lawyer said again that if they don’t extend the investigation, (and God forbid they don’t), then the trial will only happen, at the earliest, in mid-August, what with all this rigmarole. Which means I won’t be able to make it to the kids’ birthdays. Matvei will be 8 on 5 August , and A will be 4. That’s what I’m going through. I just keep crying and crying. No sedatives help.

Other than that, things are improving here. During the heatwave, I was pretty ill. And the consequences of incarceration were taking their toll. My blood pressure skyrocketed, my head was aching, and I was constantly dizzy. I was so weak that I couldn’t stand. I had a terrible earache another day. Now I’m doing better. I was prescribed pills for the blood pressure, and they put absorbent cotton wool with alcohol in my ear. 🙂 Overall, I’ll live.

I’m constantly praying that they let me go home from the trial. I can’t bear to be without my children anymore. I’m at the end of my tether. I read all the time to distract myself. And wait for night to come, so I can go to bed. Before I fall asleep I think of Lolita’s song: “One more agonising day will come and go, I’ll want to live…”

I keep waiting for the day when I want to live again. You wrote that I need to smile. I know that, but it’s just so hard here. Everything has become meaningless without the children, life is miserable, and there is nothing positive at all!!! So even with joy and a smile, I’m still having a dreadful time. There’s no clear mirror here (probably a good thing), but what I can see in the one we’ve got scares me. My eyes are grey, lifeless, completely empty. My skin is grey, and the bags under my eyes almost reach my chin!

I’d terrify you 🙂 But, unfortunately, that’s just the way things are. Write to me. And thanks for all your support!