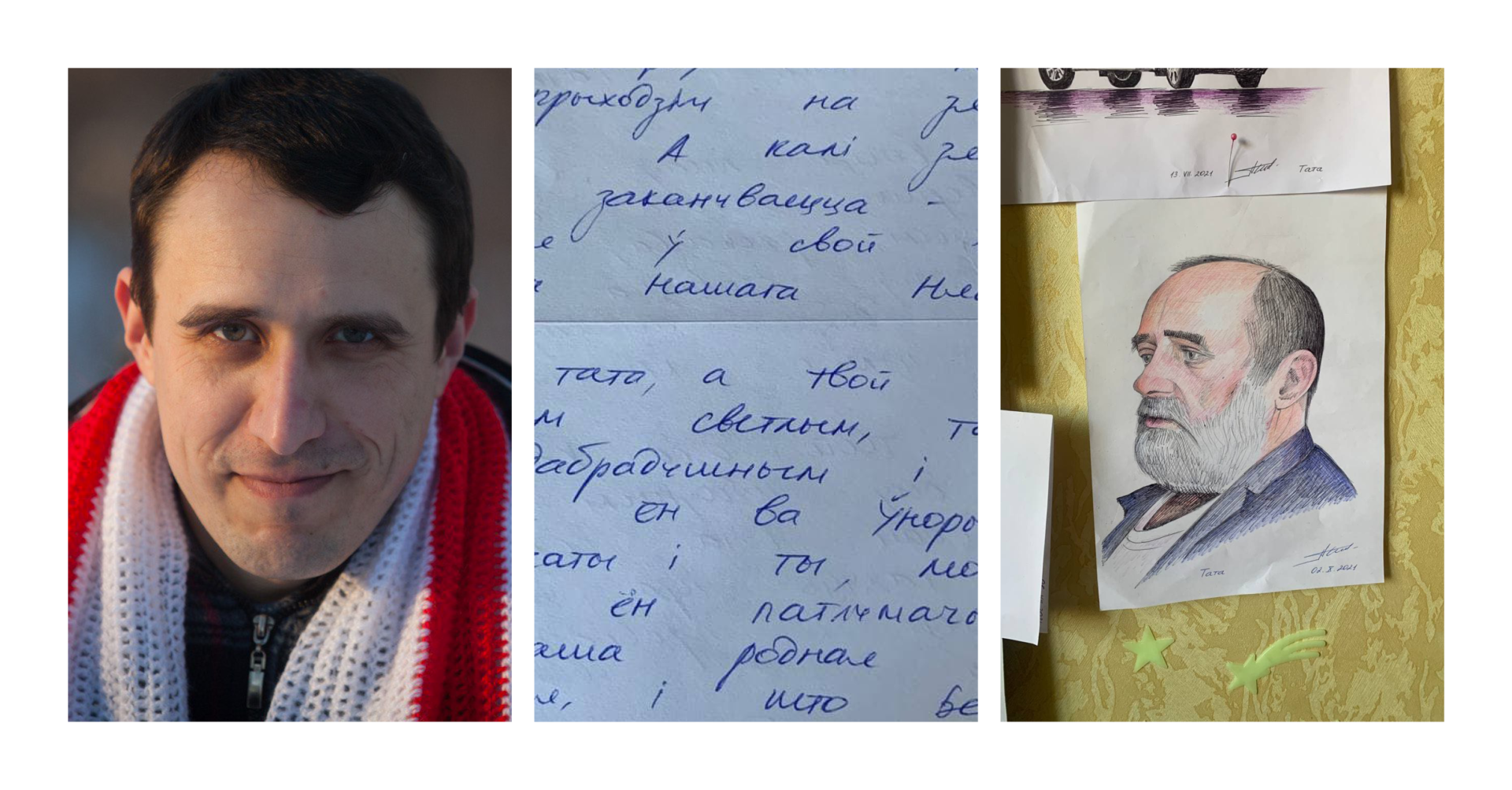 As a writer, Pavel has won prizes for his books of essays Letters from the Forest and Belarusian Depth, both of which he wrote while previously in prison. In 2020, he was nominated for the European Parliament’s Sakharov Prize, which recognises individuals or groups who have dedicated their lives to the defence of human rights and freedom of thought, but the nomination was withdrawn in light of his homophobic views.

The letter below is from Pavel to his four-year-old son, Francišak. In the letter, he is trying to explain the death of “Grandad Kostya”. Kastus Seviarynets, Pavel’s father and Francišak’s grandfather, was a journalist and writer who died from Covid-19 on 1 October 2021. Pavel was not allowed into the intensive care unit to visit him in the days leading up to his death or to his funeral in the days after. In the letter, Pavel refers to his “beloved Unoritsa”, a village in south-eastern Belarus, where his father is from and where he went on holiday as a child. Below is a picture of the portrait of Kastus that Pavel refers to.

I am writing to you from the town of Shklov. My dad – your Grandad Kostya – has gone to the Lord. God created us all – and we come to Earth from Heaven. And when earthly life ends – we go back to our eternal home, to our Heavenly Father.

My dad – your grandfather – was a man of light, talent, kindness and generosity. He was born in Unoritsa, where you, my son, were conceived. It was he who explained to me that our mother tongue was Belarusian and that Belarus should be independent. He looked after me together with Granny Tanya – my mother – [who] fed, clothed, raised and educated me. He took all of us children to football matches, took us to [pick] mushrooms – and, of course, in summer he sent us to our beloved Unoritsa. When he came home, he would ring the bell cheerfully and cheerfully – “Ding-Ding-Dong-ding,” and we would all pick up: “There’s Dad! Dad is here!”

Grandpa Kostya wrote very good poems. He helped others a lot and talked about Belarus, taught people to take life easy, cooked well and compiled books for children. In short, your grandfather – Kastus Seviarynets – was a wonderful man. You should know that. So many people have good words to say about him and have seen him off to heaven. I send you his portrait – and thank you for praying for Grandad Kostya!

Hugs, kisses, love you very much Francišak! Take care of mummy and pray to God!