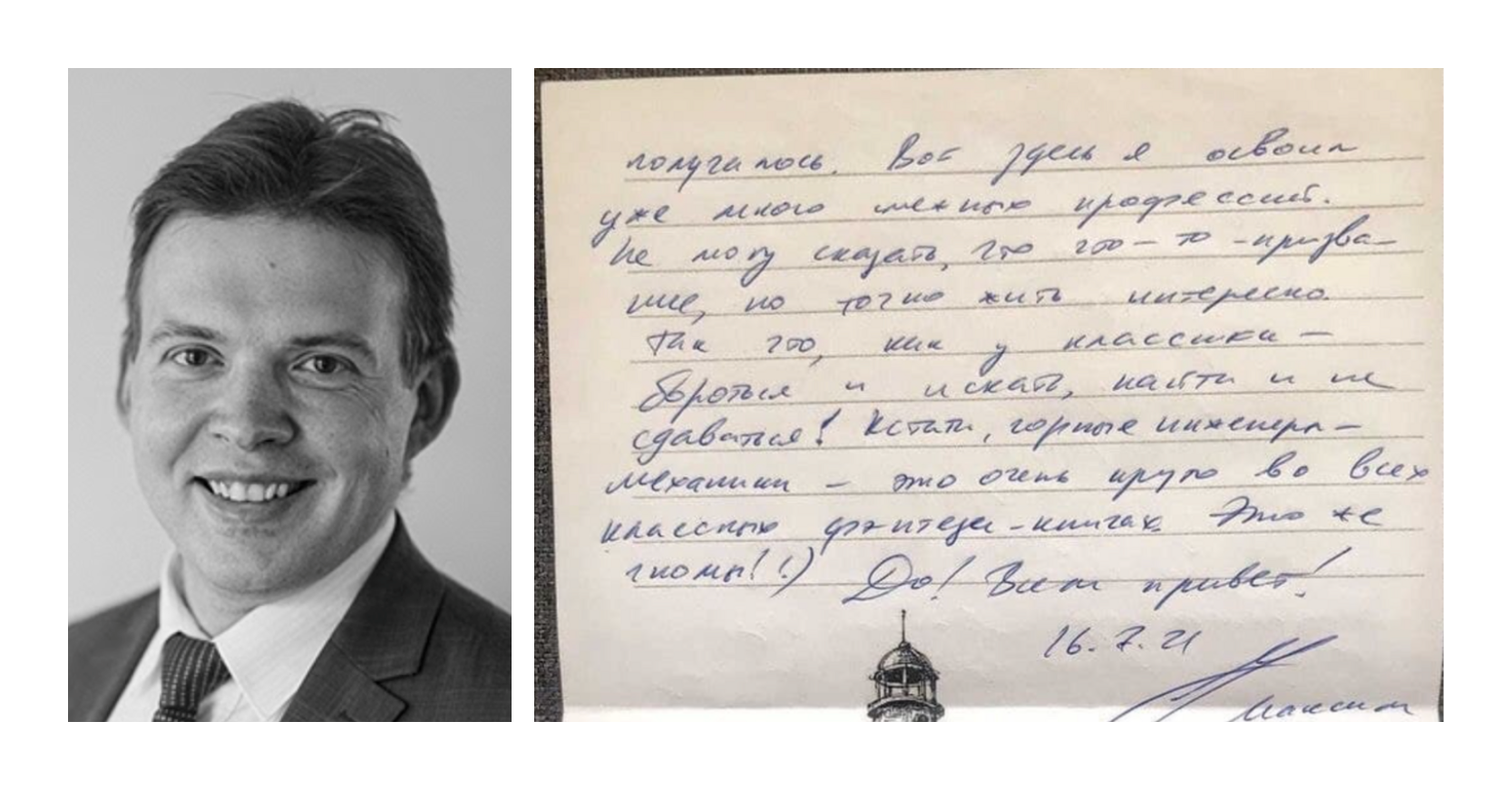 In May 2020, Maxim joined the team of opposition figure and then presidential nominee Viktar Babaryka to provide legal assistance to his team. Maxim later represented Sviatlana Tsikhanouskaya and Maria Kalesnikava, with whom he has since stood trial. He faces up to 12 years in prison on charges of calling for “actions aimed at causing harm to the national security of the Republic of Belarus.”

While in prison Maxim has been writing and sending poems to his family. In November 2020, a poem he sent to his father, Alisksandr Znak, was almost completely censored by the authorities.

An extract from the most recent letter to his father, dated 9 August 2021, is also shared below.

It’s despicable to judge in secret.

Did I call publicly? To revolt? I?

At least accuse me publicly.

Conspiracy? With whom, how and when?

Why a secret trial in another house?

A secret trial is forever:

That kind of thing doesn’t sink in the Summer, either.

An extremist group? That’s a lie!

Unless the ghost of the bloody Troika

And, hiding his name,

An expert in black balaclava shame.

It worked. Here I have already mastered many allied professions. I can’t say that something is a vocation, but it’s certainly interesting to live in. So, like the classic – to struggle and to seek, to find and not to give up! By the way, mining mechanical engineers are very cool in all the cool fantasy books. They’re gnomes 😉 Do! Hi all!

My thoughts on the court hearing is that it will save us quite a bit of time. So lots of positives. If the trial was open you would need to attend many long hearings to understand exactly what’s going on. Instead, there is just one piece of news and everybody knows the result. Savings!