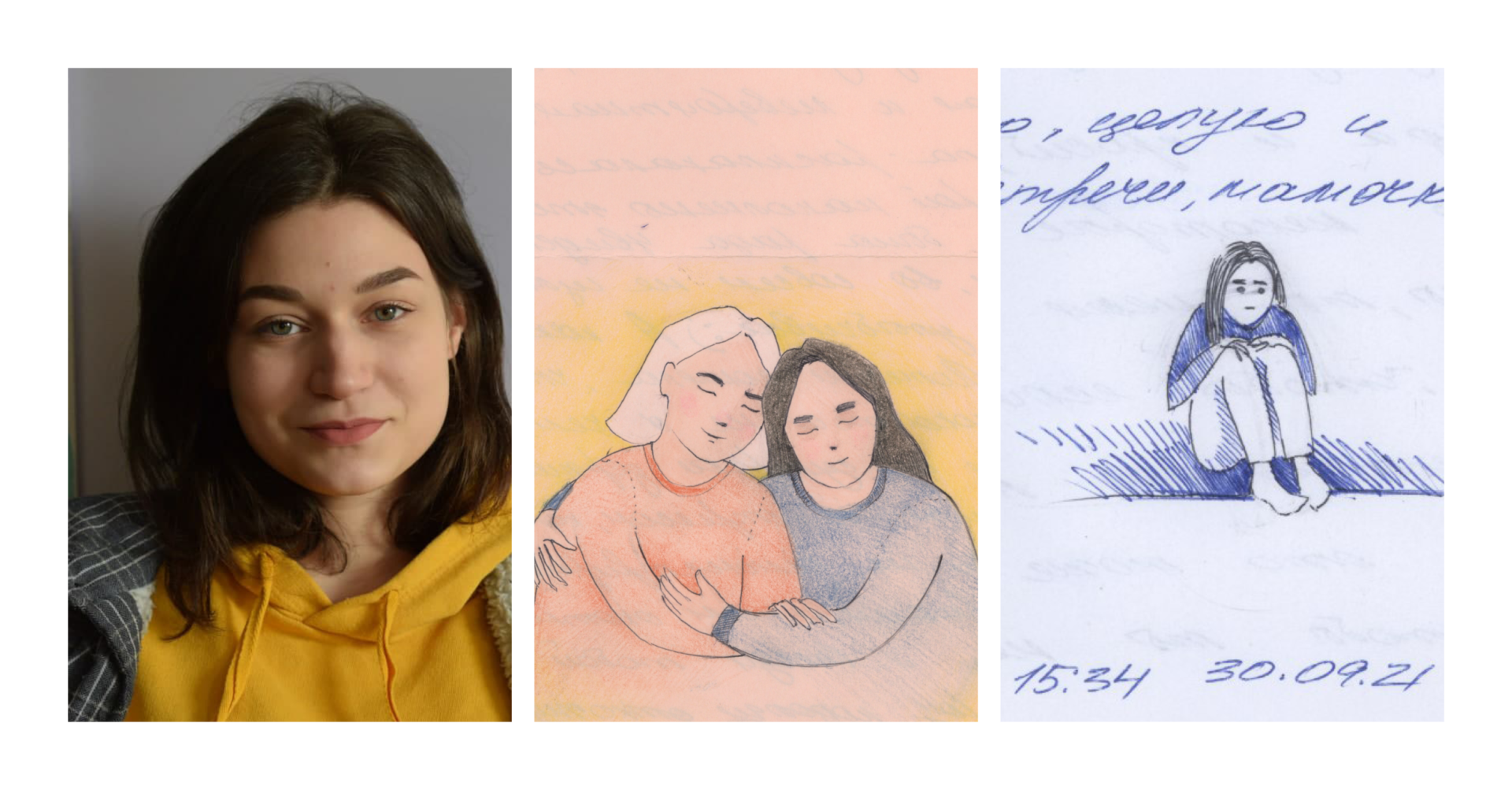 Maria Kalenik is a 23-year-old student of the Belarusian State Academy of Arts. She was detained on 12 November 2020, accused of organising and participating in group actions that gravely violate public order. Her apartment was searched, and she was held in the KGB pre-trial prison. On 16 July 2021, she was sentenced to two years and six months in prison in a case known as “the student case”, which involved 12 defendants. Ksenia Syramalot, whose letter was previously published, was one of her co-defendants in the case.

The letter below was sent by Maria to her mother ahead of Mother’s Day, which is on 14 October in Belarus. Maria refers to photos of her mother, which seem to have been professionally taken during a “photoshoot”, and expresses her wish to see all the photos. Prisoners are only allowed to have two photographs with them at any one time, hence why all the photos couldn’t be sent at once. Maria also refers to a recent time that she saw her mother during a visit she made to the prison. Certain prisoners are sometimes allowed visits from their relatives, but this is very rare. Maria’s love and admiration for her mother is evident in her letter, and she says she feels better after seeing her.

The note below the letter is the sign-off from a letter she sent to her mother in September. You can see the original letter, which has a little drawing of a woman sitting alone on the floor, in blue below.

Happy Mother’s Day to you!

I am so grateful to you for being there, always around, even if I don’t see you for a long time. I feel your love and care in every postcard, in every package, in every letter and in the words from our meeting. You are very beautiful and the photos from your photoshoot only highlighted your incredible beauty and femininity. They promised they’d send me second batch of photos and I’m so looking forward to it! I’m sure the photoshoot convinced you that you are special and unbelievable! I burst into tears when I saw it, just with the love that I have for you 🙂

I was really happy to see you, you haven’t changed at all, just more smiley 🙂 And after talking to Dad and Pauline, I realised that I had nothing to worry about, you’re very strong and you handle stress super well, even though you never really displayed your worries. I believe [Dad and Pauline] willingly!

I admire you so much and I feel much better for a long time after seeing you, because I understand that we will see each other again after some time and we have to wait again, but soon it will be over and we will be together again.

I put an orchid in the envelope, it was sent to me by a very nice woman who happens to know you 🙂

Let’s pretend that I gave you a bouquet, which you will keep better than I did in prison. Mammy, I love you very much and I miss you very much. And thank you for everything.

I’m sending you kisses and a big hug ❤️

Love you very, very much, kisses and hugs! See you soon, Mammy ❤️

Waiting for the letter! I’m so looking forward to it.