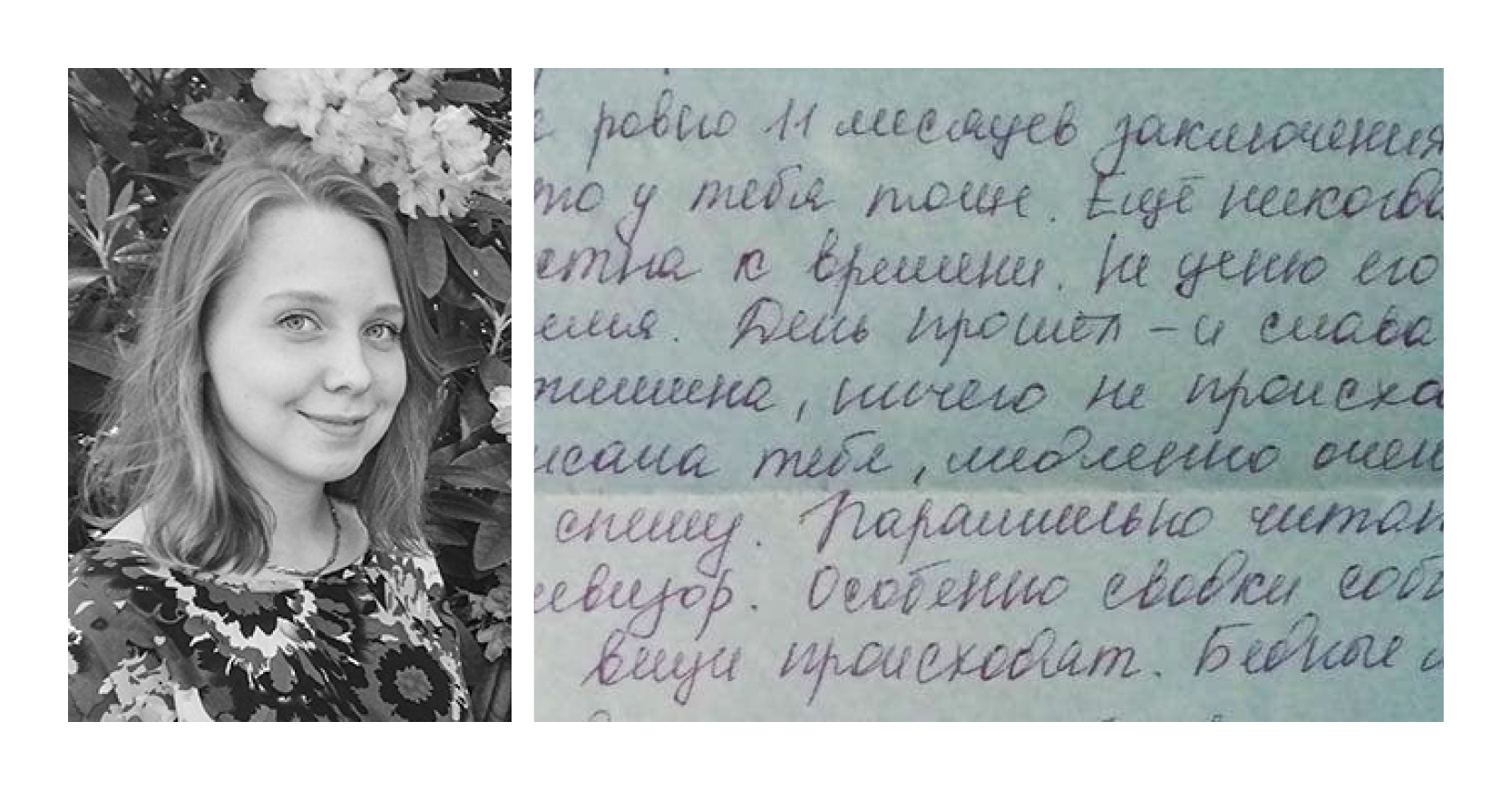 Marfa Rabkova is a human rights defender and a coordination of the volunteer service at the Human Rights Centre Viasna. She took part in the campaign “Human Rights Defenders for Free Elections”, which saw over 1,500 observers register for election monitoring during the 2020 presidential election. Rabkova was detained on 17 September 2020.

The campaign sought to evaluate the elections according to international standards of free and democratic elections, and to inform the Belarusian public and international community accordingly. As the numbers of detainees grew from August 2020 onwards, Marfa personally took the time to bring dozens of food parcels to political prisoners.

In September 2020, she was detained, becoming a political prisoner herself. The 26-year-old stands accused of training citizens to participate in riots or financing such activities and is facing up to 12 years in prison. In July 2021, it was reported that she fainted in jail. The poor prison conditions, including the lack of drinkable water, food, fresh air, and hygiene products were said to have contributed to her weakness.

Below are extracts from her letter to her husband, Vadim, from 17 August 2021. In the letter she says she has been reading the works of Ivan Turgenev, a 19th century Russian novelist.

Today is exactly 11 months since my imprisonment. Time is flying. Hope it’s the same for you. I’ve never been so ruthless with time. I don’t appreciate it at all, and what’s to appreciate. A day has passed – and thank God for that. In terms of my daily life, everything’s quiet as before, nothing much is happening. I read Turgenev, as I wrote before, I’m reading it very slowly. Basically, I am in no hurry. At the same time I read newspapers and magazines, and watch a bit of telly. Especially the reports from Afghanistan, terrible things are happening there. I feel so sorry for those poor people.

A lot of joy and happiness. That’s all I’m longing for. At the moment, my life is all black. I thought I’d reached the bottom. But I was wrong, it wasn’t the bottom. I don’t think that life can still surprise me with another hardship, because how can it be worse? But my head tells me that it can get even worse. And in this pitch darkness there is a single ray of light. This is you, my hope for a future life. After all, isn’t it going to get better? Isn’t it, Vadim? Will it end someday? Sorry to ask you such questions. Please write to me with something uplifting. I really need it.