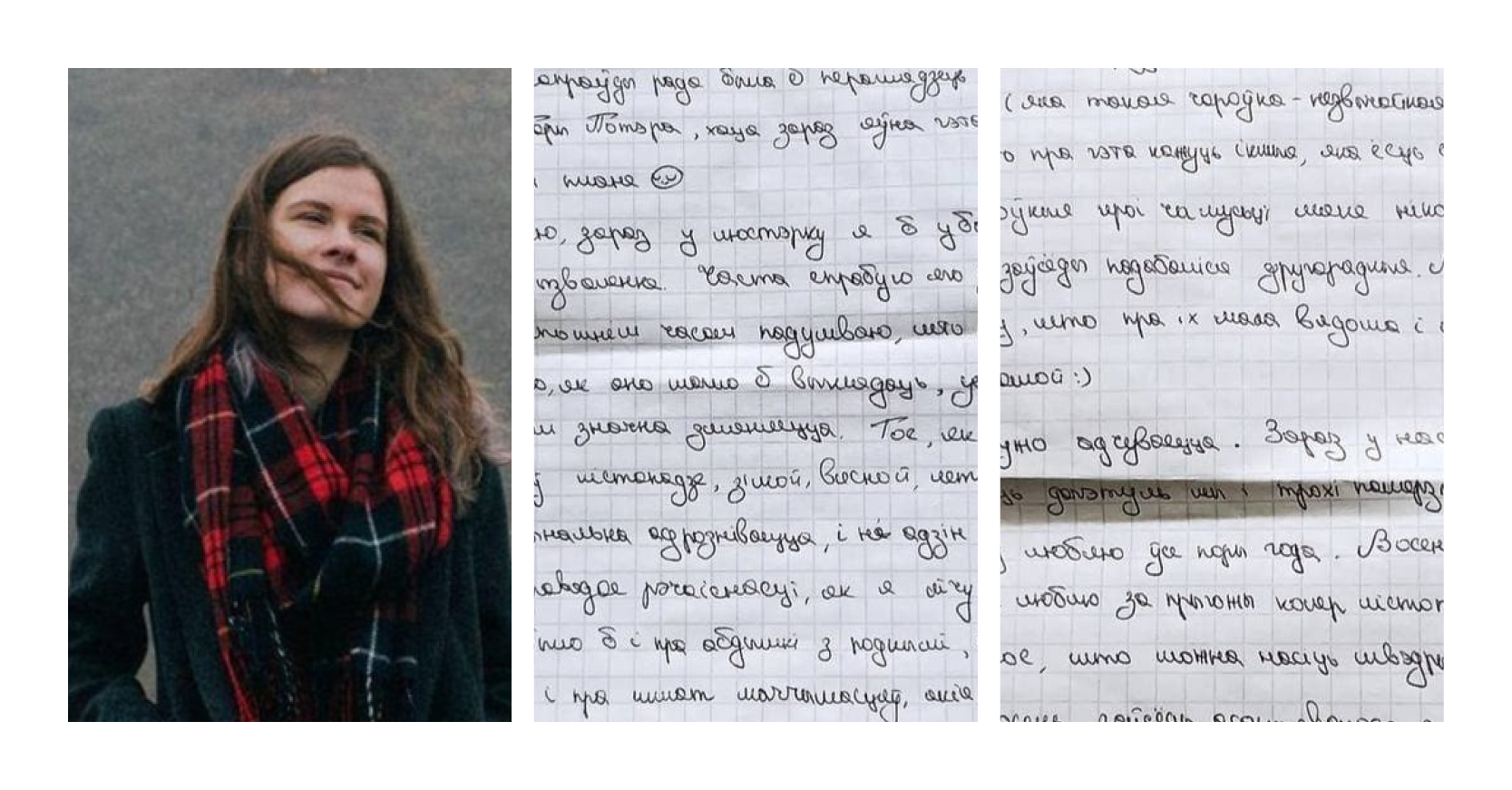 In the letter below, Ksenia is replying to her pen pal, Diana. Diana and Ksenia have never met in person as they began exchanging letters after Ksenia was detained in November 2020. Diana and Ksenia have been discussing the Harry Potter series in their letters. When Ksenia says she thinks she would “see [her] release in the mirror now”, she is referring to the Mirror of Erised, which features in the Harry Potter series. The Mirror of Erised is said to “show not your face but your heart’s desire”.

This week I received your letter #28 from 24.08. I haven’t received the Harry Potter style letter yet, but thanks anyway for both. Yes, I’d really enjoy revisiting or re-reading Harry Potter, although it’s clearly not at the forefront [of my mind] right now 🙂

I think I would see my release in the mirror [of Erised] now. I often try to imagine it, but I’ve been thinking lately that I don’t know at all what it would look like: things change quickly and significantly at times. The way I imagined it in November, winter, spring and summer is radically different, and none are quite the same as I think they are now. It would be about cuddling with your family and friends, and the many opportunities that open up in front of you again.

In Harry Potter I like Fred and George Weasley (because they are smart and funny, well, in short), Remus Lupin (he is humble, intelligent and responsible, a good teacher and an example of how a werewolf remains more human and understanding than some people), Luna Lovegood (she is so magically extraordinary and doesn’t care what others say – she is herself).

The main characters never appealed to me for some reason, I’ve always liked the secondary characters. Maybe also because little is known about them, and you can make up your own mind 🙂

Yes, autumn can already be felt. It’s not cold at the moment, although we were a bit cold before that. I love all seasons in my own way. I mostly love autumn for the beautiful colour of the leaves and also for the fact that you can wear jumpers and coats 🙂 So far, I have always associated autumn with the beginning of school, but now I don’t even know 🙂 What do you like most about autumn?

I’m okay. I’m mostly writing letters or reading books nowadays. Sometimes drawing, sometimes exercising, and eating and doing different chores. Lately I’ve been reading classics. There is simply no demand for them [in the prison library], as no one wants to read them in such a place, so they are usually available. I’ve noticed that a lot of classics are about significant events in history or the action takes place in the background of significant events, so now I often transfer everything to modern times.

Thank you for the poem and the pictures! I especially liked the drawing with the hourglass and the stars. I love everything so starry-moonish, it makes me feel like I’m living in such a magical world.

Thank you very much for the letter!