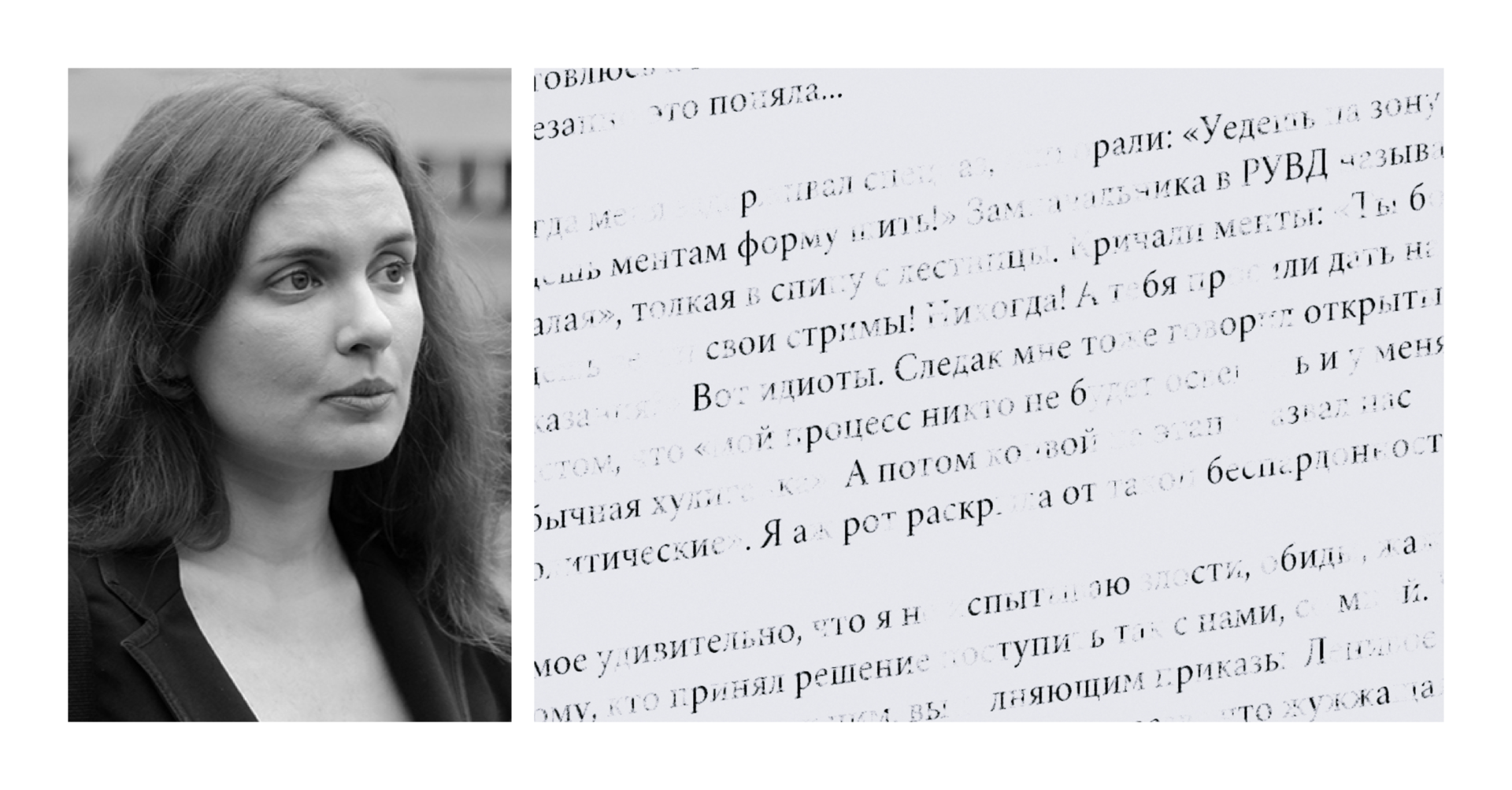 Katsyaryna Andreeva is a journalist for the independent media outlet Belsat, who has been detained since November 2020. In the months before her arrest, she had been covering the nationwide protests that surrounded the August presidential election.

On 15 November 2020, Katsyaryna and her colleague, camerawoman Darya Chultsova, were conducting a live video broadcast from an apartment overlooking The Square of Changes in Minsk. The journalists were broadcasting clashes between security officials and the defenders of a memorial to the protester Roman Bandarenka, who had died some days earlier after having been beaten by law enforcement officers.

While they were broadcasting, approximately ten law enforcement officers forced their way in and arrested them. Two days later, Katsyaryna was found guilty of participating in an unsanctioned protest and sentenced to seven days of administrative arrest. But on 20 November 2020 she was placed in pretrial detention for two months after a court charged her with “organising and preparing actions that grossly violate public order”. On 18 February 2021, she was found guilty of “disrupting the work of public transport”, and sentenced to two years in prison. During the trial, images of Katsyaryna and Darya behind bars circulated widely in the international media at the time.

Below are extracts from Katsyaryna’s letters to her husband, Ihar Illyash, a Belsat reporter who has also been detained on multiple occasions in the past. Katsyaryna tells her husband that one of the guards referred to her as a “political” prisoner and is therefore fully aware of their complicity in the regime’s repression. She seems to use the image of “round glasses […] under the boot” to refer to a repressed intelligentsia. She says she will not allow the image to become a symbol for the present. In the final extract, she refers to the Soviet singer Mark Bernes’s 1943 song, “Dark is the Night,” which is about homesickness and devotion to a loved one.

Extracts from letters from Katsyaryna Andreeva to her husband Ihar Illyash:

I often dream about a certain editorial office – like a composite image of all the places where I worked. I walk around the office, turning on and off my computer and my recorder… I am preparing for some kind of press conference. I miss my work so much! I have suddenly realised that…

When I was detained by the Special Forces, they yelled: “You’re going to prison for seven years. You’ll be sewing uniforms for cops!” The deputy head of the police department used to call me “auntie”, “little one”, pushing me in the back down the stairs. The cops shouted: “You’re not going to do your live broadcasts again! Never again! Were you asked to testify against me?” What idiots. The investigator also told me openly that no one would report on my trial and that I was a “common hooligan””. And then when we were being transferred, the convoy guard referred to us as “political”. I was so shocked by his shamelessness that my mouth fell open.

The most surprising thing is that I do not feel anger, resentment, or a desire for revenge towards those who made the decision to do this to us – to me. What do I feel? Pity for them following orders. A lazy irritation that could only be caused by a buzzing fly. Poor, poor little people… They must live with all this, and my life is not spoiled half as much as they would like it to be.

I’ve always thought that something like this could happen to us. My whole life has been leading up to it. And perhaps I haven’t had a period of being as in tune with myself as I am now. I think the task I set myself in November – not to become embittered, not to sink, to preserve my ego – has so far been successful. I promised myself that I would not let round glasses, cracked on the tarmac under a boot, become symbolic of the era. No, no, no, not this time. The Belarusian intelligentsia will not allow history to repeat itself any further.

My love! The night is dark, as the Mark Bernes’s song goes, but the dawn will be sunny and beautiful. And we shall meet it together, holding each other with tears of happiness… To never part again.