Although winning for the seventh time the title of B&H Women’s Football Championship, women’s football team SFK 2000 from Sarajevo still does not have sufficient or any attention and support from the state, society or media in Bosnia and Herzegovina. CURE Foundation tried to stress this issue by making the problem of SFK 2000 the subject of 8th X-PRESS Session.

The 8th X-PRESS session was  held on September 13th as one of the activities of the PitchWise Festival 2009, organized by CURE Foundation.

The aim of X-PRESS sessions is to provide equal and fair approach to media for all social categories in B&H society. Therefore, the 8th X-PRESS session was devoted to the situation of women’s football in Bosnia and Herzegovina, and lack of media interest and attention, despite of the successful results this team is achieving.

State Champions for the seventh time

SFK 2000 was founded in 2000, on the initiative of Samira Hurem, the club trainer, and as of 2001 already, SFK Girls have started to achieve results and win prizes. They started to compete in 2001, and two years after, the trophy of the state Women’s Football Championship is placed in their closets. Since 2003 they participate in the Champions League of UEFA and now they are 17th on their list.

„When i see our results, that we are on the position 17 on UEFA list, I say to myself that we do not belong there, having in mind our conditions for training, work etc. We work beyond any level of imagination, in comparison to the clubs that we’re playing against and winning them over! I guess that’s because we do not give 100% of our capacity when we’re out on the field, but we go beyond that“,  says Ivana Vlaic, the captain of the SFK 2000.

No conditions for training

“After having women football team FK Sarajevo shut down, in which we have played until then, we came to the idea to offer those young girls an opportunity to continue training football. So I decided to stop playing and start training”, says Samira Hurem, one of the best ex Yugoslavia football representatives.

However, the conditions to do so weren’t any. SFK Girls face with the problem of not having a field to play or train on. The girls were dressing up outside, were playing in the parks. But the will and ambition to play in Champion League, were what kept them strong.

Just recently the municipality of Novi Grad and Novo Sarajevo, along with football schools Novi Grad and Football Team Zeljeznicar, have offered their fields for them to train, so they do manage to work with the same tempo and quality now. But still the problem of funding remains the same. Associations and teams that are not achieving such results as SFK 2000, are being funded regularly with large amounts of money, while women’s football teams are not being financially supported at all or very poorly.

“I don’t know what are the criteria for that, it’s still very unclear to me. But I guess, as with everything in this country, even for this, you have to be I guess, “buddies” with people responsible for sport funding in B&H”, adds Samira. 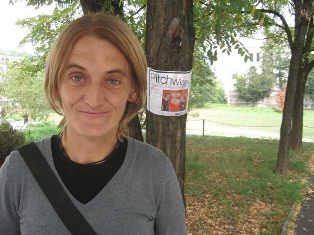 “I remember my mother was working as a school teacher, and she was hiding from her colleagues and friends that I train football. It’s such a ridiculous attitude, because some of our girls already have their families. So it is quite possible for a woman in B&H to be a great football player, and in the same time be successful as mother and wife, also”, chuckles Samira, one of the best football representatives in B&H.

According to the words of Ivana Vlaic, the captain of SFK 2000, it’s hard to be a woman in Bosnia and Herzegovina who besides that, wants to and plays football. „I could easily go to, let’s say, Germany, as every our girl has a possibility to do that. There I would have my field, children to work with and my job would only be to train them. But then, I would not have anything to fight for. And if you live in B&H you have to fight a lot, for yourself, your rights, for the rights of people around you.. so I think that’s the  reason that is keeping me here. I don’t know whether it is logical or not, but that’s the way it is“, says Ivana. 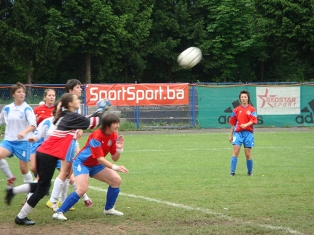 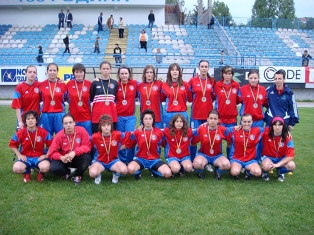 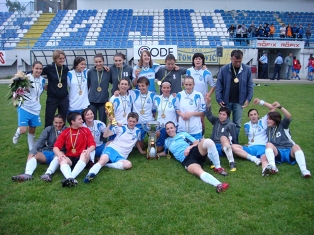 Women and football in B&H