Writers and freedom of speech campaigners expressed relief on Friday that the UK government has finally relented and agreed to abolish the offences of seditious libel and criminal defamation. The Ministry of Justice’s move comes after a long campaign by free speech organisations, their advocates, and opposition politicians.

Writers and freedom of speech campaigners expressed relief on Friday that the UK government has finally relented and agreed to abolish the offences of seditious libel and criminal defamation. The Ministry of Justice’s move comes after a long campaign by free speech organisations, their advocates, and opposition politicians.

The laws, which date from the time of the Star Chamber, made criticism of the Monarch or the Government a criminal offence, and were used to silence political dissent. Like the law of blasphemy, they fell out of use in the twentieth century – but their existence in the UK does no favours to the right to free expression worldwide.

In March this year, campaigning groups English PEN, Index on Censorship and Article 19 urged the government to abolish these offences. Amendments to the Coroners & Justice Bill were tabled in the House of Commons by Dr Evan Harris MP, and then again in the House of Lords by Lord Lester of Herne Hill, before the Government eventually accepted the case for abolition and promised to get rid of the laws themselves.

The proposed removal of these offences in the UK clears a path for campaigners to argue for their abolition overseas. Bringing the issue to debate, Lord Lester of Herne Hill said:

"Across Europe and the Commonwealth, similar offences exist and are used to suppress political criticism and dissent. If our Parliament takes this step, it will be an example elsewhere and might also encourage the European Court of Human Rights to adopt a robust position in reviewing such laws and their operation.” 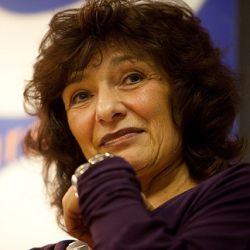 “Thomas Paine would be pleased to know that 217 years after his conviction for seditious libel, the law which criminalized his ground-breaking Rights of Man, is at last poised to be repealed. The debate in the Lords on 9th July, led by Lord Lester and following on Evan Harris’s amendment in the Commons, marks an historic moment in our right to speak and think freely. Criminal libel has no place in a vibrant democracy.”

“It may be decades late in coming, but the acceptance by the Government that our retention of these repressive laws causes much more harm than good is welcome. The UK must set an example to the world in getting rid of anti-speech offences.”

“We are delighted that the government accepts our case for abolition.  This news will be of comfort to the hundreds of writers around the world who have been persecuted for criticising their governments. Time and again, we have found that sedition laws in the UK provide a convenient excuse for regimes around the world to retain their own oppressive laws. Abolition in the UK removes that excuse, and is a great symbolic victory for our shared human right to freedom of expression.” 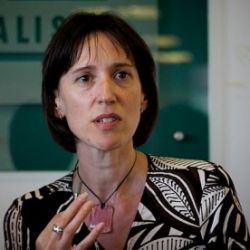 “We are well rid of these insidious laws. Every month, we receive reports from around the world of governments using sedition and defamation laws to suppress legitimate criticism.  In many cases, just the threat of prosecution is enough to scare journalists and campaigners into silence. I hope that the removal of these laws in the UK will inspire other countries to follow suit.”

Writer and broadcaster Will Self said:

“In amongst the fast-growing leylandii of political correctness, with their multiple fronds of legislation blocking out the light of day, there stands that hoary old oak seditious libel. This has always been a shape-shifting law, capable of being employed as a cudgel against satirists, incendiarists, malcontents and revolutionaries alike. A mature democracy, with a tradition of open government and freedom of speech, has no need of such ancient Star Chamber inquisitions. Of course, Britain is none of these things entirely, but the repeal of Seditious Libel would take us in the right – rather than the correct – direction.”