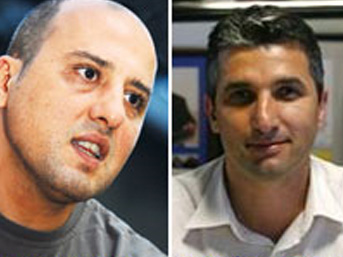 Two well-known Turkish writers and journalists Ahmet Şık and Nedim Şener, along with eight other writers and journalists, were detained last week. Şık and Şener were both formally charged with being members of the Ergenekon organisation, and taken to Metris Prison in Istanbul to await trial. Both are believed to be detained for their research into and writings about the Ergenekon investigation under which over 200 people are being tried on allegations of involvement in coup plots.

Kaya Genç, Turkish novelist and journalist, says that for many journalists and opinion leaders who supported the Ergenekon investigations from the beginning, Ahmet Şık and Nedim Şener’s arrests on 6 Marc are absurd and plainly wrong.

English PEN considers that the two men are held solely for their writings and calls for their release. 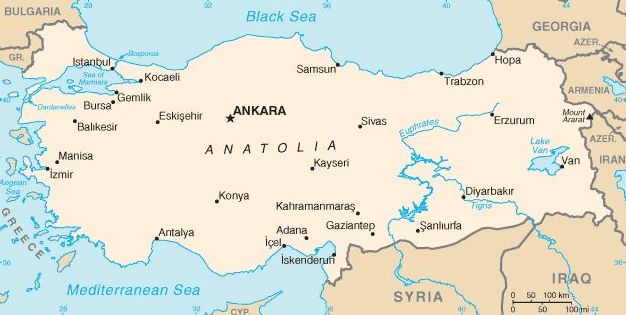 It would supposedly uncover the misdeeds of Turkish state officials who were part of an alleged ultra-nationalist plot that planned to overthrow the ruling AKP government and introduce martial law.

For more than a decade Şık and Şener, both self-proclaimed human rights reporters, have reported on the Turkish state’s human rights violations.

The majority of the violations they have documented since 2000 were committed by military forces, whose high-ranking members are still waiting trial in the Ergenekon case.

For many journalists and opinion leaders who supported the Ergenekon investigations from the beginning, Şık and Şener’s arrests are absurd and plainly wrong. It would be like Carl Bernstein and Bob Woodward being imprisoned for taking part in the Watergate scandal.

Prominent opinion leaders
Nedim Şener is the winner of the 2010 Oxfam/Novib PEN Freedom of Expression award and was named World Press Freedom Hero by the International Press Institute in 2010. He was tried and acquitted in 2010 for his book that implicates the Turkish security forces in the 2007 murder of the Turkish Armenian newspaper editor, Hrant Dink.

He has since written two other books on related issues Red Friday – Who Broke Dink’s Pen? and Fetullah Gülen and the Gülen Community in Ergenekon Documents.

It is thought that Şener’s arrest is linked to his research into suggestions that the Gülen movement, an Islamic organisation that promotes inter-faith dialogue, holds undue influence in the Ergenekon investigation. Earlier this year Şener reported that he had received death threats following comments suggesting that the police accused of negligence during the inquiry into Hrant Dink’s death were also linked to Ergenekon.

Police are said to have seized the draft manuscript of a book by Ahmet Şık, who, like Şener, has written books investigating Ergenekon. He too is said to have looked into the alleged affiliation of police to the Gülen movement. He is already on trial for ‘divulging state secrets’ in two books on Ergenekon, co-authored with journalist Ertugrul Maviolgu; the trial opened in October 2010 and, if convicted, he faces over four years in prison.

Şık’s articles led to Ergenekon investigation
Since June 2007 there have been a series of arrests of leading figures in the military, politics and police force, as well as writers, academics and journalists. Now numbering over 200, they are accused of membership of the neo-nationalist organisation Ergenekon.

Its aim is said to be to overthrow the government and it is linked to several assassinations, including that of Hrant Dink. There have been concerns about the conduct of the investigation. The trials opened in October 2008 and are likely to go on for several years.

Commenting on the recent raid, Ertugrul Mavioglu pointed out that it was Şık’s articles, entitled ‘Coup Diaries’ published in 2007 in Nokta magazine, that had led to the opening of the Ergenekon investigation itself.  PEN Turkey has joined the protests against the arrests.

Eight other writers and journalists arrested
Others arrested on 3 March include:

Yalçin Küçük, a writer, historian and academic, known for his strong secularist, left wing views. He was arrested January 2009 in the Ergenekon case, and freed pending trial.

Dogan Yurdakal, author of a book on the Turkish intelligence services.

Arrests provoked widespread protests
While the arrests on 3 March of Ahmet Şık and Nedim Şener, who were among ten journalists and writers taken into custody last Thur 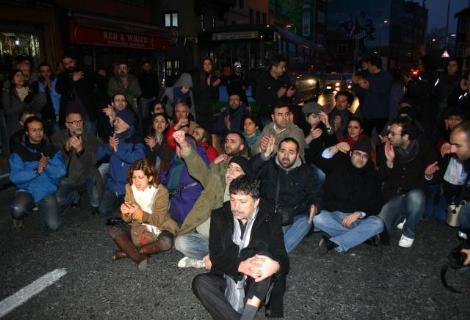 sday, provoked widespread protests and various sit-ins in İstanbul, there were also some journalists who seemed to disagree with the outrage.

They asked the public to wait for the evidence to be produced by the prosecutor, Zekeriya Öz, who may eventually connect findings from previous arrests, implicating these journalists as accomplices of the Ergenekon organisation.

There were more than 3,000 protesters who attended the march, many of whom are known to be deeply suspicious of each other’s ideas, uneasy about walking alongside their ideological polar opposites.

Some of the protesters expressed their concerns at a crackdown on secularism and republican values while others feared a right-wing wave of raids against socialists.

Many democrats who have supported the government over the last decade now fear a loss of credibility for the Ergenekon case that started with the findings of journalists.

Two of those journalists are now in Silivri Penitentiaries Campus, alongside retired generals and military personnel, waiting for their trial, date unknown.

The European Commission expresses concern at the arrests

Hurriyet on the support from journalists

Writer: we have very little impact on culture without free speech