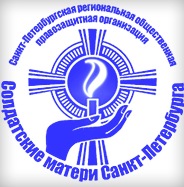 The NGO Soldiers’ Mothers of Saint Petersburg recently denounced the deaths of Russian soldiers in Ukraine and the silence of the authorities in this regard. The NGO specifically denounced that families and the soldiers themselves were not informed correctly. This public acknowledgement of Russia’s direct involvement in Ukraine was punished by the authorities in Moscow by labeling the NGO “foreign agent.”

Soldiers’ Mothers of Saint PetersburgElla Polyakova, Head of the Soldiers’ Mothers and member of the Presidential Council for the Development of Russian Civil Society and Human Rights
(© Caucasian Knot: http://www.kavkaz-uzel.ru/articles/248292/) Together with the human rights group Civilian and Army on 25 August submitted an appeal to the Russian Investigative Committee to investigate deaths of nine contractors from the Russian Federation in Ukraine.

In her interview with Dozhd’, Ella Polyakova, Head of the Soldiers’ Mothers and member of the Presidential Council for the Development of Russian Civil Society and Human Rights, told that these were contractors from Dagestan, paid 250’000 RUB (about 5’800 EUR), and who then travelled to Ukraine from Russia. In the same interview she also tells that hospitals are overfloded in Rostov and in the South, and that they have information on who the killed contractors are, who the injured soldiers are, and that they have asked the Investigative Committee to look into these cases. This information was also widely reported in Western media.

Furthermore, a so-called “Cargo 200” is bringing throughout Russia dead soldiers back to their parents for burial. It is a car-wagon with unknown number of dead soldiers.

As a result, on 29 August 2014, the Ministry of Justice of the Russian Federation forcefully included Soldiers’ Mothers of Saint Petersburg in the official registry as a “foreign agent,” although the representatives of the organisation told that they have not received any foreign grants since May 2014. Kommersant.ru in an article on this said “all the statements from [the] representatives [of the NGO] on the alleged deaths of Russian troops in Ukraine with reference to ”own sources” is nothing more than citation of publications from Ukrainian propaganda information resources.”

“It is indeed frightening to see that Russian authorities once again use their abusive legislation to silence those raising critical issues, critical to the government” said Ane Tusvik Bonde, Regional Manager for Eastern Europe and Caucasus at the Human Rights House Foundation (HRHF).

More information on the Soldiers’ Mothers of Saint Petersbourg registration as foreign agents is available on the news portal Caucasian Knot (in Russian).

Since 1991, the Saint Petersburg regional human rights organization Soldiers’ Mothers of Saint Petersburg has been actively engaged in uniting public efforts to protect the lives, health and civil rights of draftees, service members, and members of their families, and to offer legal, social, and psychological assistance to the citizens of Russia.

United Nations alarmed by killing of civilians in Ukraine

Intense fighting, including the use of heavy weaponry by both sides, in densely populated areas of eastern Ukraine, has increased the loss of civilian life, with an average of around 36 people being killed every day, says the 5th report issued by the Office of the High Commissioner for Human Rights on the human rights situation in Ukraine.

The report produced by the UN Human Rights Office documents a wide array of serious human rights abuses committed primarily by the armed groups who have seized control over a large part of the Donetsk and Luhansk regions in eastern Ukraine since mid-April. It also documents violations committed by Ukrainian forces in their efforts to recapture territory, from which armed groups are conducting operations and in which they have located military objectives.

According to the report, civilians fleeing the intense and prolonged fighting in eastern Ukraine have been targeted and killed; others have been prevented by the armed groups from leaving the cities of Luhansk and Donetsk as the Ukraine Government tightened its blockades around the two main strongholds of the armed groups. Supposedly “safe” corridors established by the Ukrainian forces to enable residents to flee from these cities, traversed areas where the fighting was ongoing. Civilians using these corridors were subsequently killed or injured.

Although more than half the population of Luhansk and Donetsk cities have now left, not enough was done in time to evacuate people from the areas of fighting, the report says, especially those most vulnerable such as institutionalized children, older people and people with disabilities. The evacuation of many children to other parts of Ukraine was blocked by armed groups.

Anti-terror laws in Ukraine are threat to democracy Press conference in Kyiv (15 August 2014) by members of the Human Rights House KyivPresident Petro Poroshenko decided to sign the set of laws voted by the Ukrainian parliament on 14 August 2014, which are seen as “anti-terror” legislation, whilst they include violations to basic guarantees of fundamental freedoms. This will affect all Ukrainian citizens.

As stated by Florian Irminger, HRHF’s Head of Advocacy and Geneva Office, at a press conference in Kyiv on 15 August, “a country cannot create law allowing its government to rule outside of law. You will not have a secure Ukraine if you do not secure fundamental rights.”

Member and partner NGOs of the Human Rights House Network on 26 June 2014 wrote to  President Petro Poroshenko of Ukraine calling upon him to to extend the mandate of the International Criminal Court investigations (taking into account events in Crimea and Eastern Ukraine) and to ratify the Rome Statute. “We still expect full cooperation with the Court” said Florian Irminger.