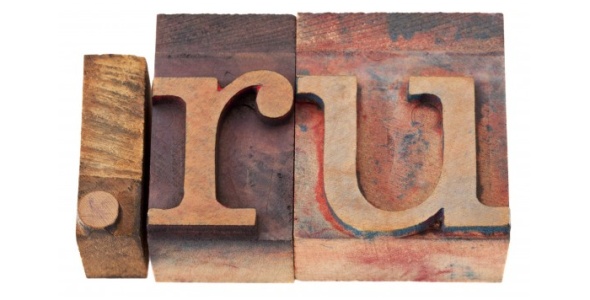 Russia’s Parliament has recently passed a number of new bills aiming to restrict freedom of action of civil society and to silence critical voices. Last week the Russian State Duma adopted a new law which limits freedom of information on the Internet.

Human Rights House has already written about new Duma’s laws on unsanctioned rallies and funding of civil society groups. These changes in Russian legislation are threatening as they are setting out new restrictions on non-governmental organisations, freedom of expression and public demonstrations.

On 11 July 2012 Russian Parliament (State Duma) adopted a bill that will establish a central register of banned websites. The new law is designed for child protection, but experts say the real aim of the bill is to take control over the country’s civil society and opposition initiatives burgeoning in social networks.

The bill was hurried through the legislature in one week. In order to come into force, the bill requires the endorsement of the parliament’s upper chamber and

the approval of Russia’s president. Because it was composed by senior officials from the four major political parties, the draft law is likely to be passed quickly.

The Law 89417-6, among other measures, would create a list of prohibited websites, sites containing content harmful to children or with extremist content, which would be enforced through measures including Domain Name System (DNS) and Internet Protocol (IP) address blocking.

Index on Censorship informs that the draft law would allow websites to be blacklisted without judicial oversight – it merely requires law enforcement authorities to notify a hosting and/or telecom access provider.

The provider then informs the website owner they must delete the controversial content. If the content is not removed within 24 hours the provider blocks not just the URL of the particular material but the whole website’s IP address and domain name. If the provider doesn’t block the website, it shares responsibility with the website’s owner.

Committee to Protect Journalists (CPJ) remarks that the Bill 89417-6 demonstrates everything that is wrong with such kind of legislative.

“Rather than fixing old legal problems, as the government claims, it exacerbates them, and to the extent it mirrors other countries’ laws, it demonstrates just how much Russia is diverging from accepted international norms of human rights”, says CPJ.

According to the organisation, the new bill raises more questions and opens more loopholes than it addresses. Will the blacklist be secret? If so, how will websites be able to appeal being included? If websites do not appeal within the three-month timeframe, will they remain on the blacklist permanently? Will sites that do not contain age ratings be subject to bans by the courts? Will that include foreign news sites that may be unaware or unw

illing to comply with Russian labeling requirements? Will a single page be sufficient to ban an entire site or IP address?

If Russia’s lawmakers are seeking to imitate other countries’ laws in the area of child protection, they have failed to learn key lessons. Russia’s compulsory prohibitions suffer from many of the same potential problems as the current U.K. system–enforced secrecy, arbitrary blocks, technical challenges, and a limited effect on the actual issue of child pornography.

CPJ concludes: “Add to that the dangers of handing such power to censor the Net to a centralised and unaccountable government agency, allied with an administration increasingly unfriendly to dissent, and you are left with a law that will do little good, and probably much harm”.

The principle of internet censorship is not a new one to the Russian authorities. For some five years now, regional and city prosecutors have been busy implementing regional court decisions that required providers to block access to forbidden sites.

Up until now this has been done unsystematically, so that sites blocked in one region remained accessible in others. The Register, which is to be compiled by a special federal organisation, will probably remove this problem.

According to Andrei Soldatov, a Russian security services expert, for the first time the Kremlin will have at its disposal the facilities for blocking access to internet resources across the whole of Russia.

In an article published on OpenDemocracy, Soldatov states that after the Arab Spring, the Kremlin gave serious thought to developing facilities for averting “enemy activity” on the Russian internet. The problem has been under discussion since the summer of 2011 at various levels. It seemed, however, that the security services were unable to devise an effective strategy to deal with the problem.

Prostest through the internet a challenge to authority

The security services were used to dealing with threats of a more traditional nature and were confused when faced with a protest organisation with no centre, but instead working through the social networking sites. According to Soldatov, the Russian security services were especially powerless to deal with websites based on servers outside of the country such as Facebook and Twitter.

The text of the draft law states that the Register will list not only domain names and URLs, but individual page selectors too. To block sites, providers will have to buy expensive DPI (deep packet inspection) equipment, which enables the provider to split the traffic into separate streams, dividing up audio, video, images and spam.

With this equipment a provider will be able to block requests for, and from, specific addresses; the provider will also be able to turn off individual services — for example, to completely block internet-telephony such as Skype, which has so far been difficult to monitor.

DPI will address the problem of Facebook, which is a source of irritation for officers of the Russian security services, according to Soldatov.

Once it has been set up, this nationwide system for filtering Internet traffic will always be available, ready for use against anyone deemed dangerous by the authorities.

It is clear that since Mr. Putin’s return to the President’s office, the new wave of repressions started in Russia. It is hard to know whether it is only the beginning. Past experience shows that the Russian authorities apply these kinds of laws selectively to crack down on inconvenient voices that criticise policy, advocate for justice or fight corruption, Human Rights Watch says.

Russian authorities aim to control independent media ahead of election?