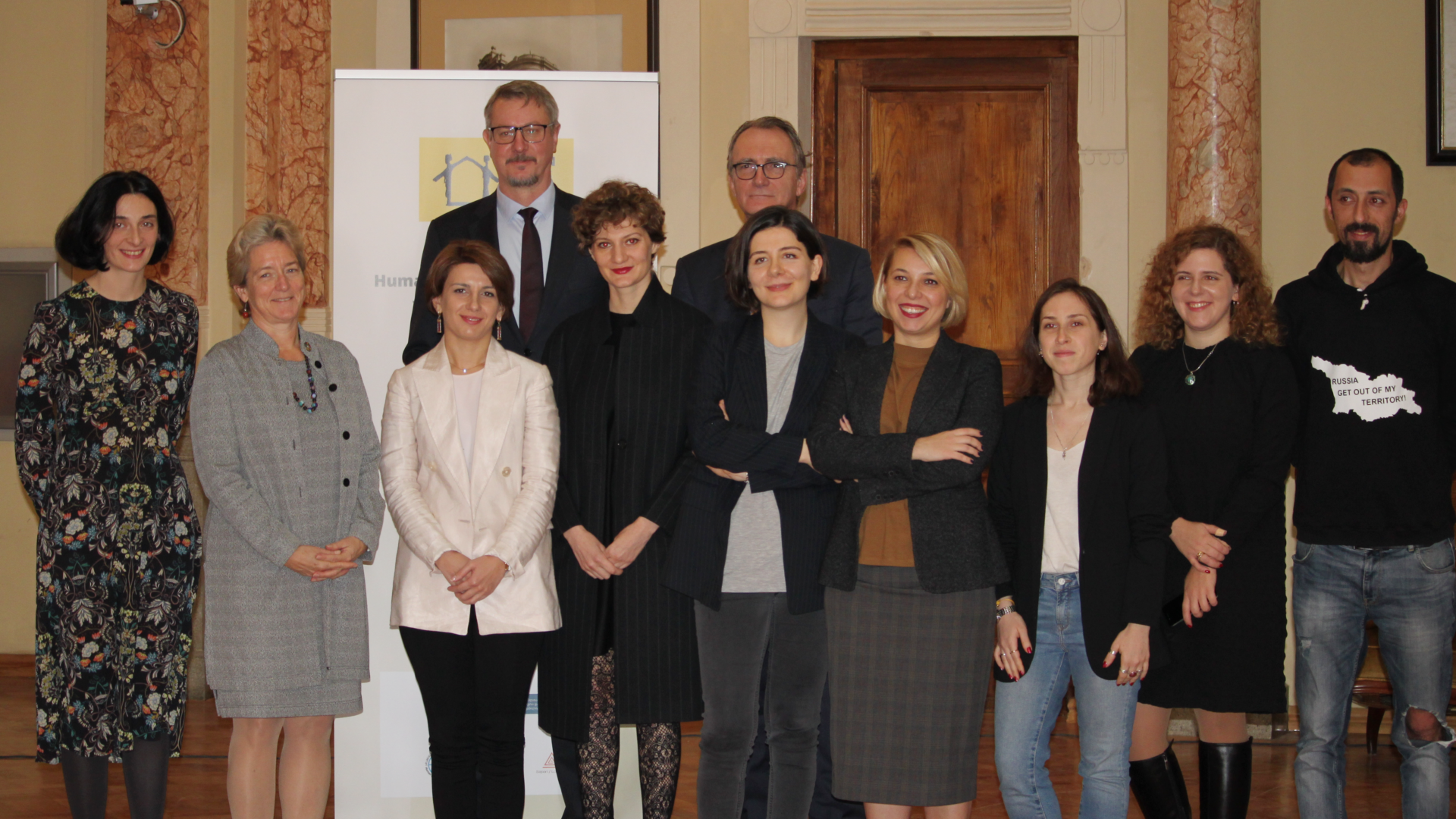 Promoting the importance of human rights defenders and their work in Georgia, Human Rights House Tbilisi (HRHT), on behalf of its member organisations, organised the first celebration of International Human Rights Defenders Day in Georgia.

The reception was held at the Parliamentary Library of Georgia on International Human Rights Defenders Day, 9 December 2018, which recognises the important role of human rights defenders in improving societies and contributing to peace and democracy.

Moderating, Baia Pataraia, chairperson of Human Rights House Tbilisi and director of Sapari, highlighted that protecting human rights defenders is one of the strategic priorities of HRH Tbilisi. She specifically raised the House’s activity in speaking out against defamatory statements made by government officials against NGOs in recent months.

Human rights defenders Giga Makarashvili and Tozu Gulmamedova spoke about their activism and challenges they face, raising issues such as the government exceeding its power and of early marriage among ethnic minorities.

International standards for the protection of human rights defenders are recognised globally, including the standards enshrined in the UN Declaration on Human Rights Defenders. Yet, activists and human right defenders face increasing threats and persecution worldwide, including in Georgia, where they often face defamatory statements from government officials or face hostility from society, particularly in the case of activists for LGBTIQ rights.

Tamar Chugoshvili, the first Vice-Speaker of the Georgian Parliament, spoke about the role of human rights defenders in strengthening democracy: “Human rights defenders have contributed greatly to the democratic development of our country and I want to thank them for their work and most importantly, show my support to them. We have good examples of coherence, constructive relationships, criticism and good sense of comprehension.”

Ketevan Abashidze (HRHF Human Rights Officer for Eastern Europe) presented booklets and posters from HRHF’s Rights of Defenders project, which promotes principles and standards that protect and empower human rights defenders. The project was developed for the 20th anniversary of the UN Declaration of Human Rights, based on

Carl Hartzell, Ambassador of the EU to Georgia, expressed his sincere appreciation for human rights defenders for their daily work that sometimes puts them under threat. He indicated that the EU supports national human rights institutions in Georgia, in particular assisting the Public Defender’s office and providing grants for small human rights NGOs.

Indeed, one of the 16 international standards promoted in Rights of Defenders specifically calls for political leaders to publicly support human rights defenders.