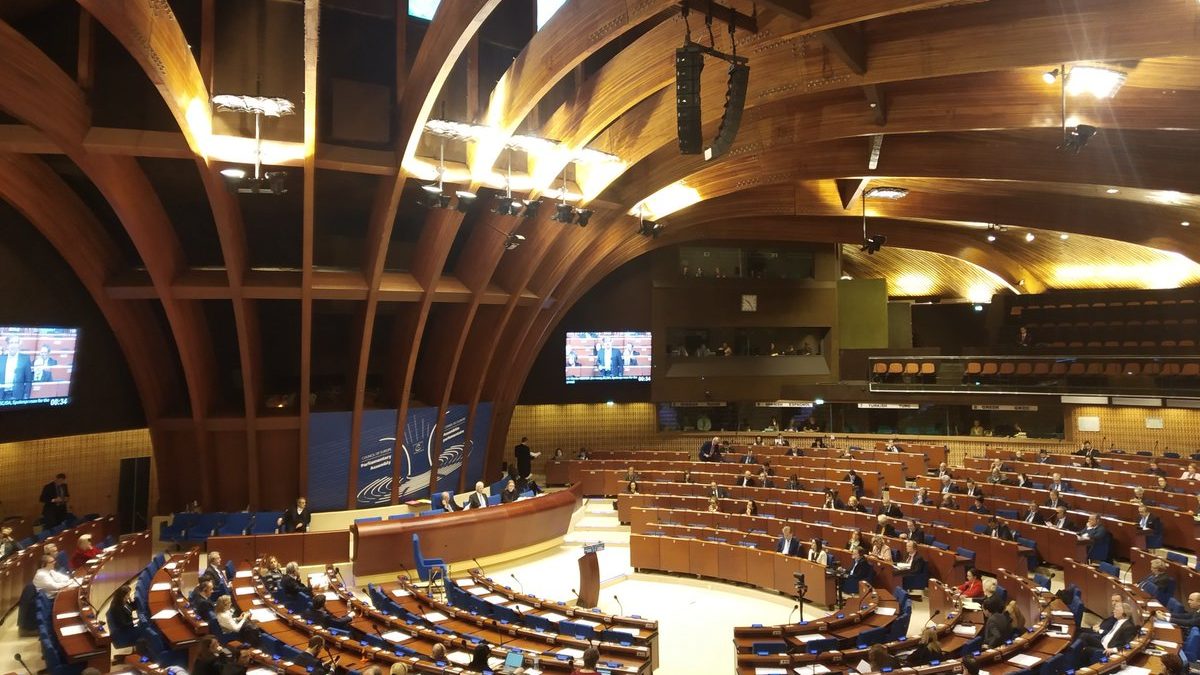 Geneva & Warsaw, February 2, 2020: The Helsinki Foundation for Human Rights – Warsaw (HFHR) and Human Rights House Foundation (HRHF) look forward to the swift and effective implementation of the monitoring procedure launched by the PACE on 28 January 2020.

The Helsinki Foundation for Human Rights – Warsaw (HFHR) and Human Rights House Foundation (HRHF) welcome the resolution by the Parliamentary Assembly of the Council of Europe (PACE) on 28 January 2020, to place Poland under its monitoring mechanism. HFHR and HRHF look forward to the swift and effective implementation of the monitoring procedure.

This is the first time in more than two decades that the human rights body has subjected an EU member to such monitoring and represents a rebuke of actions by the Polish government since 2015 to rollback important human rights protections.

The monitoring procedure entails regular visits by two rapporteurs, who conduct an ongoing dialogue with authorities and plenary debates to ensure that a state’s progress and problems are honestly assessed. Currently, the monitoring mechanism is applied to eleven countries including among others Turkey, Albania and Georgia.

“Human rights defenders have been sounding the alarm for years concerning the Polish government’s on-going attack on the rule of law. We welcome this recent action by the PACE; however, a robust monitoring mechanism must be put into place immediately. Together with our Polish partners, we call on PACE for a swift and effective appointment of the co-rapporteurs, and the immediate organisation of their first visit to Poland,” commented Dave Elseroad, Head of Advocacy, Human Rights House Foundation.

Addressing the future rapporteurs, Małgorzata Szuleka, of Warsaw-based Helsinki Foundation for Human Rights said, “During this monitoring process, we expect close cooperation by PACE with Poland’s independent civil society and the institutions in the country that still remain independent, such as the office of the Ombudsman.”

At the end of 2015, Poland’s governing majority started the process of undermining the position of independent institutions such as courts, the prosecutor and the media. The process started with attacks on the Constitutional Tribunal. Legal changes made by Poland’s parliament weakened the tribunal’s ability to serve as an effective check and balance on the government and represented an opening attack against the rule of law.  The attacks triggered near-immediate attention of all international organizations, including the Council of Europe. and the PACE ordered the Monitoring Committee to prepare a report on the functioning of democratic institutions in Poland.

Meanwhile, the Polish governing majority adopted almost 20 pieces of legislation regulating the activities of the courts. “These changes widened political control over the courts and started Poland down a path which led to last week’s condemnation by the PACE of the Polish government’s actions,” reflect Szuleka. In last five years in Poland, the changes in judiciary system were underpinned by disciplinary proceedings launched against judges and smear campaigns run by public media which in some cases, according to the media reports, were inspired by top-ranks politicians including former deputy Minister of Justice.

In the face of the critical step taken by the PACE, the Polish government has an important opportunity to reverse itself and return to its position as a liberal democracy which upholds the rule of law and protects human rights.