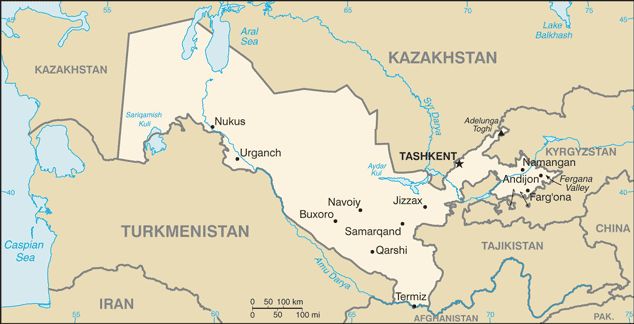 On March 16, Human Rights Center Memorial published a comprehensive report covering political repression in Uzbekistan in the period 2009-2010. It shows that country has no legal opposition or independent media, civil society and religious communities are subject to severe pressure from the side of the authorities. Political repression is an inherent part of government policy and torture is practiced systematically.

The 142 page report itself is currently available only in Russian language, but the Norwegian Helsinki Committee has translated the summary of this important report by Director of Memorial’s Central Asia Programme, and one of the leading specialists on human rights in Uzbekistan, Vitaliy Ponomarev.

Several thousand political prisoners
Governed for the past 22 years by the former communist leader Islam Karimov (below), Uzbekistan remains one of the most repressive states in the world. The number of political prisoners in Uzbekistan is considerably higher than in all the other former Soviet republics put together.

The practice of mass-repression introduced and sanctioned by President Islam Karimov in 1990s continues to this day. Several thousand political prisoners are held in Uzbekistan’s prison camps. The majority of these persons have been sentenced in dubious cases related to terrorism, Islamic extremism and illegal religious activities.

More than 1200 people are currently wanted by the 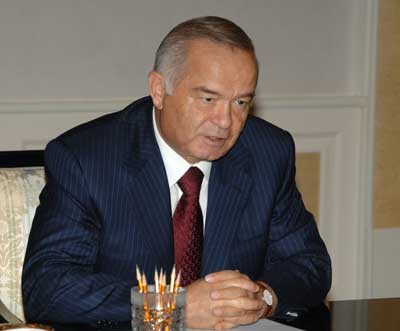 authorities on similar charges. The level of repression in Uzbekistan increased noticeably in the same period, probably exceeding even the high levels of repression in the period between 2004 and 2006.

Too wide definition of “terrorism”
The Criminal Code of Uzbekistan, which was adopted in 1994, contains provisions that are incompatible with the freedoms set out in the International Covenant on Civil and Political Rights of 1966. In particular, any religious activity not sanctioned by the government is criminalized.

Strict punishment is set out (up to 15 years imprisonment) for “extremism” and participation in “forbidden organizations”, in spite of these two terms having no basis in national legislation. This opens up for arbitrary interpretation of the terms. The definition of “terrorism” is unnecessarily wide, extending the circles of people who may be charged with this crime.

The provisions regarding defamation and insults against the people and president of Uzbekistan can be used to punish individuals who express opinions critical of the regime.

As in the past, the current practice in criminal cases shows that a great number of Muslims whose activities pose no threat to the social order and security are being sentenced on fabricated charges of terrorism and extremism.

Frequent procedural violations
The use of torture in 2009-2010 continued to have a systematic character. Admissions that had been coerced from suspects under pressure often served as the main evidence of guilt. Administrative arrest of 10-15 days during arbitrary detention of suspects was practiced. During investigation and trial there were numerous procedural violations. Access to a lawyer was limited.

Many political cases in 2009-2010 were considered in closed hearings, and usually only government-appointed lawyers were allowed to participate in the processes. In many cases, contact between the suspect and his family members was prohibited after the arrest. There were also numerous incidents when political prisoners (both religious and non-religious) were sentenced to renewed prison terms – usually on dubious charges of disobeying the administration of the penitentiary institution where they were being held.

Islamic associations perceived as “Jihadists”
The main enemy of the state in 2009-2010 was announced to be “zhikhodchilar” (“Jihadists”). This term, which is used as a political label, includes members of a few terrorist groups, as well as participants in various informal Islamic associations who supposedly express “radical views”, or who keep or distribute audio and video clips of sermons of well-known religious figures who are persecuted by the authorities.

Apart from the case of the terrorist attacks in Andijan in May 2009 (the attack on a road block in Khanabad and two suicide bombers) there is no information to indicate that any known foreign Jihadist organizations were involved in planning or carrying out violent acts in Uzbekistan over the past two years.

According to Memorial’s report, it is highly likely that the numerous criminal cases that were investigated in Uzbekistan in 2009-2010 contained no information of a connection between local “Jihadists” with organizations such as the Islamic Movement of Uzbekistan (IMU) or the Islamic Jihad Union (IJU).

Authorities in Uzbekistan explain their harsh measures against “extremists” with the need to keep stability and to protect society against threats of violence from radical Islamic groups. However, repression does not only affect marginal groups, but has become part of everyday life in Uzbekistan, turning into an important source of socio-political tension.

Also, the refusal of the authorities to explain to society their actions related to the fight against terrorism is evidence that authorities are themselves not convinced that this practice would gain support among the population.

In contrast to the optimistic image presented in official media, the suppression of religious and political dissent combined with the most authoritarian methods of governing, the total corruption, inefficient economy and absence of social justice helps feed into the increasingly common conviction that positive changes in society can only be brought about through the use of force. This creates a basis for the strengthening of the position of Jihadist groups. 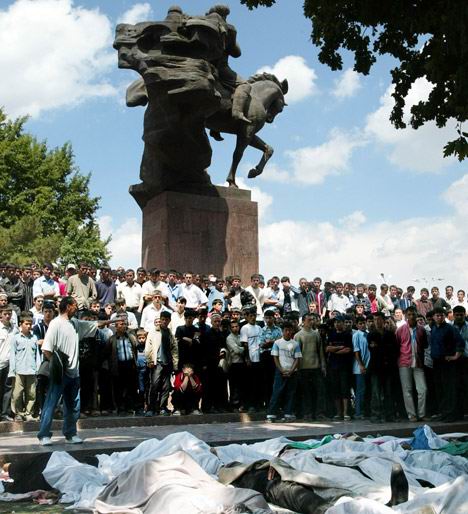 ’s report says that severe pressure on civil society continues to this day. Also, some criminal cases also bear witness not only of the authorities’ intolerance of dissent, but also of their fear that any alternative information may stimulate an inclination towards protests among the population.

The West, as well as Uzbekistan’s partners in the CIS, does not sufficiently appreciate the seriousness and the scale of the problems connected to political repression in Uzbekistan and their potentially dramatic influence on regional stability.

In contrast to the period 2002-2003, human rights dialogues raise the question of political prisoners only with reference to some 30 activists from civil society and the democratic opposition, and any releases among these are welcomed as “positive change”.

Political prisoners used as hostages
In fact, these prisoners are used as hostages in political bargaining with the West, and their places are almost immediately filled by newly sentenced prisoners. At the same time, thousands of political prisoners are still in prison or are subject to harsh and discriminating treatment because of their connection to Islam. Many of them are convinced that the international community is not taking sufficient measures to change the situation.

On 27 October 2009, while the level of repression in Uzbekistan was reaching a new high, the European Union decided to remove the sanctions which were imposed on the country after the Andijan events in 2005. This appeared as an act of approval of the repressive policies of President Islam Karimov.

The current real politik of the US and the European Union in relation to Uzbekistan is in need of reconsideration, especially in the context of recent events in the Middle East, which may be repeated in Central Asia (in the case of Uzbekistan the violent scenario seen in Libya is more likely than the head of the government resigning voluntarily, as seen in Egypt). Bearing this in mind, it is necessary that the subject of political prisoners in Uzbekistan is raised as a topic of concern and is discussed on the international level.

Some of the concluding remarks of the UN Committee on Human Rights during the 3rd Periodical Review of Uzbekistan in March 2010 are important, but insufficient steps in that direction.

International pressure needed
External factors are a key element influencing the level of suppression of dissent inside the country. It is necessary to bring about respect for the international commitments of Uzbekistan in the sphere of human rights, both on the level of individual cases, as well as on the level of legislative reform (criminal and criminal-procedural law, and laws that regulate religious activities and the fight against terrorism), the prevention of torture and observation of procedural guarantees.

Even if these measures were not to have any fast effect, they are important as a way of strengthening the idea of democracy inside the region and as moral support of those who are trying to have the cases of victims of unfounded persecution re-considered.

It is worth mentioning that in the period of active co-operation with the USA in 2001-2003, Uzbekistan annually freed up to 1000 political prisoners, something which did not cause any problems in terms of stability in the domestic political situation, but quite on the contrary, helped decrease the level of tension in society.

It is also necessary to recognize that a continued “war on Islam” under the guise of the fight against terrorism which was unleashed by Islam Karimov already in the 1990s, may have catastrophic consequences for Central Asia.

The practice of mass repression does not only clearly violate the international commitments of Uzbekistan in the sphere of human rights, but also represents a threat to social security and stability in the region, and is an inadequate response to the attempts at recruitment to terrorist groups.