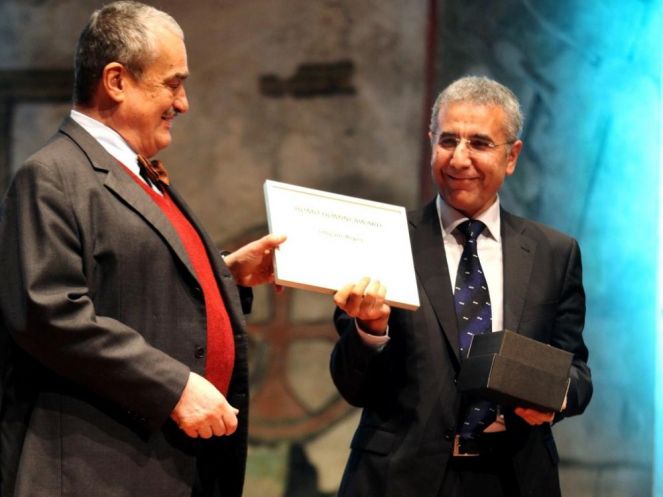 Use of unregistered grants has been at the core of the charges against human rights lawyer Intigam Aliyev. In court the defence provided rebuttal of prosecutors’ version.

The registration of the grants had been deleted from the Ministry of Justice (MoJ) website, but Human Rights House Foundation and others, working on the trial, found copies of the documents cached in the search engine Google. On Wednesday 17 March Aliyev’s attorney, Shahla Gumbatova, could present the notarized screenshots of the pages, which contain information about the due registration of the grants, and she asked to add the materials to the case files.

“Interestingly, the usually loquacious prosecutor, when it came to the adding the screenshot from the website of the MoJ, got confused and asked for some time to ‘study the petition.’ The defence has put the prosecution into a difficult position. In fact, the charges are falling apart,” Rovshan Gadjibeili, who was monitoring the trial, told a correspondent from “Caucasian Knot”. Intigam Aliyev was arrested 8 August 2014 and has been in pre-trial detention since. He was initially charged with tax evasion and illegal entrepreneurship, and in December large-scale embezzlement was added to the charges. Many other human rights activists in Azerbaijan face similar charges, including
Khadija Ismayilova, Leyla Yunus, her husband Arif Yunus and Rasul Jafarov.

On 18 March, Nils Muižnieks, the Council of Europe Commissioner for Human Rights, made his third opinion on the case of Intigam Aliyev public.

“This case relates to the institution of criminal proceedings against the applicant and his remand in custody, the search at his home and his association’s office, and his request for release on bail or replacement of his pre-trail detention by house arrest.”

The Commissioner underscores that the present case is an illustration of a serious and systemic human rights problem in Azerbaijan, where critical voices are often subject to reprisals and judicially harassed.

Today’s intervention is the second of five that the Commissioner will submit regarding Azerbaijan. The next ones will concern the cases of Rasul Jafarov, Anar Mammadli and Leyla and Arif Yunus.