Human rights activists across the Russian Federation stage protests on the 31st day of January, March, May, July, August, October, and December to focus attention on Article 31 of the Russian Federation Constitution, which guarantees freedom of assembly. The latest one was the ninth protest action of the kind which was not permitted by Moscow authorities.

Attempt to obtain the permission

Demonstrators held the rally to demand the authorities respect Article 31 of the Russian Constitution, which guarantees the right to freedom of assembly.

Asked by rock singer Yury Shevchuk on May 29 whether the authorities would permit this month’s planned gathering in St. Petersburg, Russian Prime Minister Vladimir Putin said that local authorities have no reason to forbid such gatherings as long as participants do not violate the law.

Leaders of the Other the Russian Federation opposition coalition and organizers of the planned Moscow gathering were encouraged by Putin’s remarks.

But some of them were not optimistic that the municipal authorities would comply.

Authorities routinely have denied authorization to similar rallies or intervened to prevent them. 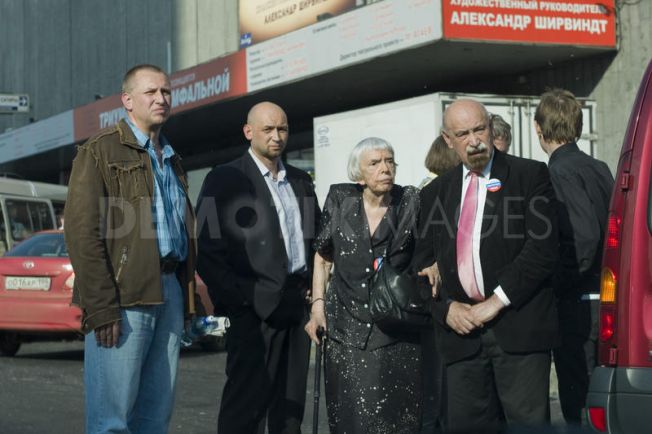 Police in Moscow and St. Petersburg have reported detaining more than 200 people at unsanctioned rallies.

Boris Nemtsov of the Solidarity movement was detained during a protest rally in St. Petersburg on May 31.

Lyudmila Alekseyeva of the Moscow Helsinki Group told she had arranged to be accompanied by a bodyguard when she attended the Moscow demonstration later in the day. Alekseyeva, who is 82, was struck on the head during a March 31 gathering to commemorate victims of that month’s Moscow metro bombings.

Most people were detained only briefly. Among arrested in Moscow were politician Ilya Yashin and Yevgenia Albats, the editor in chief of the current-affairs magazine “Novoye vremya”.

Russian opposition youth movement My (We) released a statement addressed to the Moscow city prosecutor urging him to investigate the case of journalist Aleksandr Artemyev, who works for the online news portal gazeta.ru. He was injured when police violently dispersed an opposition protest and punish the police officers involved.

Artemyev says one of his arms was broken in several places when police took him into custody. Police did not confirm that.

Russian ombudsman Vladimir Lukin said that the police acted illegally in dealing with the demonstrators. Lukin added that he has suspended a memorandum on cooperation with the Russian Interior Ministry.