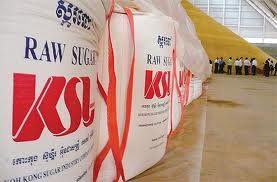 In Cambodia today, hundreds of thousands of people are being alienated from their homes, farmlands, forests and fisheries as the country’s ruling elites and foreign investors plunder the country for private profit in the name of ‘development’. In rural areas, more than 2 million hectares – 12 percent of Cambodia’s total landmass – has been granted to private companies as concessions for the development of agro-industrial plantations. Forest clearing, sand-dredging and large-scale seizure of productive land threatens the ecological balance and the livelihoods and food security of rural families. Dozens of rural and indigenous communities have been forcibly evicted and rendered homeless by land concessions in the last five years, while considerably more have faced economic displacement in the form of reduced access to subsistence farming and grazing land, and the destruction of forests that they have used for generations for collecting food and forest products.

Despite legislative protections and constitutional and statutory recognition of rights, affected and at-risk families are unable to protect their rights or seek legal recourse because of the weak and corrupt state of legal institutions in Cambodia.

Sugarcane is the one of the leading ‘boom crops’ driving the Cambodian land-grabbing frenzy today. Over the last two years, there has been a rapid expansion in the Cambodian sugar industry, with more than 80,000 hectares in land concessions being granted to private companies for industrial sugarcane production.

The land privatization described in this article is connected in one way or another to Ly Yong Phat, one of Cambodia’s most influential businessmen and a senator from the ruling Cambodian People’s Party.  Due to his connections, he and his affiliated companies have been able to flout the law at will. The Cambodia Land Law (2001) limits the size of land concessions to 10,000 hectares, and prohibits any single individual from controlling an interest in separate concessions over a surface area greater than 10,000 hectares. In a clear violation of this law, Ly Yong Phat owns or has interests in ten sugar and rubber plantations and a special economic zone totalling 86,000 hectares. His companies and affiliates have failed to respect key safeguards in the law regulating Economic Land Concessions, including respecting the land rights of legal landholders; consulting with affected communities; conducting environmental and social impact assessments before beginning operations; avoiding or minimizing harmful impacts; and respecting environmental regulations. Cambodian sugar exports to the EU currently benefit from special status under a preferential trade scheme called Everything But Arms (EBA). This initiative permits goods produced in Cambodia to be exported to the EU without import duties or quotas and, in the case of sugar, at a guaranteed minimum price. Rather than benefiting the poor, as EBA is intended, the initiative is fuelling the expansion of an industry implicated in gross human rights abuses, while perversely rewarding tycoons like Ly Yong Phat and his affiliated companies, which have dispossessed and impoverished local communities across the country.

Although there are human rights safeguard provisions within European trade regulations, the “brakes” have not been applied in Cambodia where abuses are widespread. Gross human rights abuses are in fact legal grounds for suspension of preferential treatment. EC Council Regulation No 732/2008 (the GSP Regulation) requires “the suspension of preferential arrangements, in respect of all or of certain products originating in a beneficiary country, where it considers that there is sufficient evidence that temporary withdrawal would be justified”. Among the justifications for suspension are “serious and systematic violations of principles” laid down in international human rights conventions, on the basis of the conclusions of the relevant monitoring bodies.

The UN Committee on Economic, Social and Cultural Rights and the UN Special Representative for Human Rights in Cambodia have both concluded that forced evictions and other serious human rights abuses have been committed in connection with economic land concessions, including those for sugarcane plantations. Civil society organizations in Cambodia and Europe, as well as members of the European Parliament, have written to EU Trade Commissioner Karl de Gucht calling upon him to request consultations within the Trade Committee about investigating allegations of serious and systematic human rights abuses connected to the Cambodian sugar industry.  He has thus far declined to undertake such consultations, despite a clear requirement in the GSP Regulation to do so when the Commission receives information that may justify an investigation.