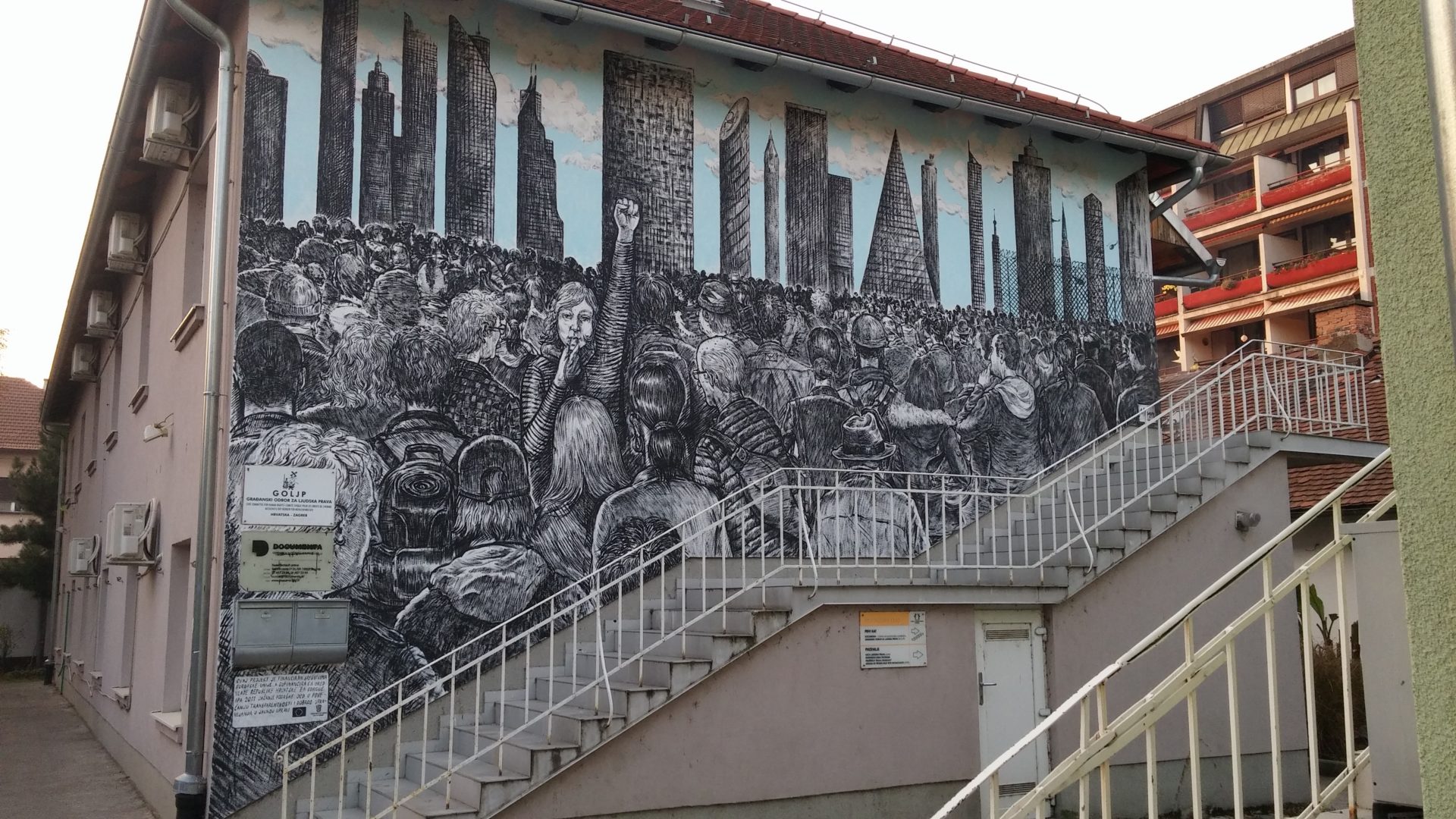 HRH Zagreb on presumption of innocence, disability rights, and whistleblowers

Human Rights House Zagreb has completed research and undertaken advocacy work to strengthen standards on the presumption of innocence, disability rights, and protection for whistleblowers.

Innocent until proven guilty? Research on the presumption of innocence

Human Rights House Zagreb has contributed a research report to the project “The Importance of Appearances: How Suspects and Accused Persons are Presented in the Courtroom, in Public and in The Media”. The project aims to support the proper implementation of EU Directive 2016/343 of the European Parliament and of the Council of 9 March 2016 on the strengthening of certain aspects of the presumption of innocence and the right to take part in the criminal proceedings (hereinafter: the Directive). It also aims to foster a better understanding of the presumption of innocence among public authorities and the public in general. The research was funded by the EU’s Justice Program, and coordinated by the Hungarian Helsinki Committee.

The presumption of innocence is one of the fundamental principles of the modern human rights system and plays a key role in ensuring the rights of persons who are in criminal proceedings. It is a legal mechanism to ensure that every person is innocent until proven guilty. The Directive requires competent state bodies and authorities to refrain from displaying suspects or defendants as already guilty, both in the courtroom and in public. Specifically, different measures of arrest, such as handcuffs, chains around ankles, head covers, and so on should be used only in cases where such measures are justified for security reasons, which are decided separately in each individual case.

Research on public perception of guilt of apprehended persons in Croatia has yielded several key findings regarding the presumption of innocence. First and foremost, it was found that participants are likely to judge an apprehended person as guilty because of the mere presence of the police. In a conducted survey, three groups of photographs were shown to three groups of people. Each group of photographs represented one restraining measure, ranging from no restraint (Group 1), to mild (Group 2) to severe (Group 3), and respondents were asked whether or not they thought the person shown in the photograph is guilty.

No matter what the measure of restraints, the results show a high level of agreement that the person in the photograph is guilty, even when no restraining measures are applied (Group 1).

The second key finding shows that not only do respondents tend to see the person as a guilty no matter what restraining measure is applied, but this perception of guilt rises as the level of force and physical restraint increases. It is clear that respondents understand this social situation not through the lenses of the concept of presumption of innocence, but as a process by which they tend to trust the police and their actions.

This notion that public perception of the apprehended person is crucial is enforced in the third finding. The research showed that respondents were more likely to see a person as guilty if they ascribed negative characteristics to them, such as them being aggressive, dangerous, threatening, repulsive or hot-tempered. These results came from a focus group that showed that a participant’s negative perception stemmed from their definition of the situation: if police are present, the person is guilty. Moreover, the focus group participants tended to see a guilty person in stereotypical ways. For example, wearing a hoodie translated – in their impression – to looking like a hooligan; wearing sunglasses translated to hiding something.

The maxim ‘innocent until proven guilty’ is incorporated in the UN Declaration of Human Rights and is one of the fundamental postulates of EU Directive (2016/343). According to the Directive, all Member States have to ensure that suspects and accused persons are presumed innocent until proven guilty under the law. The main objective of this research was to contribute to the correct implementation of the Directive and show that the manner in which a person is apprehended is crucial. Therefore, the police, but also the media who report on the arrests, should be aware of the notion that every person is innocent until proven otherwise.

End the confinement of people with disabilities, ensure the right to live in the community, provide quality support services

Human Rights House Zagreb is among five human rights organisations that sent a joint letter calling for the Prime Minister of Croatia, Mr. Andrej Plenković, to make a clear plan to end the confinement of children and adults with disabilities in institutions. The letter was sent together with Inclusion Europe, the European Network on Independent Living, the Centre for Peace Studies Croatia, and Human Rights Watch. The letter stressed the need to develop service in the community so that children with disabilities can grow up in families and people with disabilities can live independently, with adequate support.

Although it has been a decade since the Republic of Croatia ratified the Convention on the Rights of Persons with Disabilities, more than 7,800 adults and children with disabilities in Croatia live in state-run institutions, according to government figures for 2017. In addition, more than 2,000 others live in privately run but state-funded institutions, and the number of others living in long-term care in psychiatric hospitals without their consent remains unclear.

According to official data, between 2011 and 2016, the government provided support for approximately 700 people to move out of state-run institutions and into organised housing in the community. However, despite this initial progress, the process of moving people out of institutions and into community-based living has stalled.

“The Croatian government needs to move more quickly to meet its obligations under the international disability rights treaty, which it ratified a decade ago,” said Ivan Novosel, director of programs of Human Rights House Zagreb. “This includes removing all legal and societal barriers that prevent people with disabilities from taking an active and full part in society.”

Whistleblower protection is not complete without psychosocial support

For years, HRH Zagreb advocated for the adoption of a separate law on whistleblowers as a significant step towards the creation of a comprehensive and effective mechanism to combat corruption and other irregularities. In addition, HRH Zagreb was actively involved in the process of Drafting the Law on Protection of Persons Reporting Irregularities by participating in the Working Group that prepared the Draft.

However, HRH Zagreb recently expressed deep concern that the Draft Bill recently presented at the Government session was included without publishing a report on the public consultation conducted, which undermines the very essence of consulting with the interested public, produces legal uncertainty and ultimately undermines the very rule of law. In addition, the Draft Bill adopted at the Government session held on 27 September exempted the provision on psychosocial support to whistleblowers, although such provision was envisaged by the previous Draft Bill that had been published on e-Savjetovanje, a platform for public participation.

Therefore, HRH Zagreb and GONG urged the Government to correct this mistake by re-including the provision of psychosocial assistance in the forthcoming parliamentary procedure, thereby enabling the establishment of an adequate and comprehensive system for protection of whistleblowers in Croatia.

This article was published as part of the October 2018 newsletter from the Human Rights Houses and HRHF.