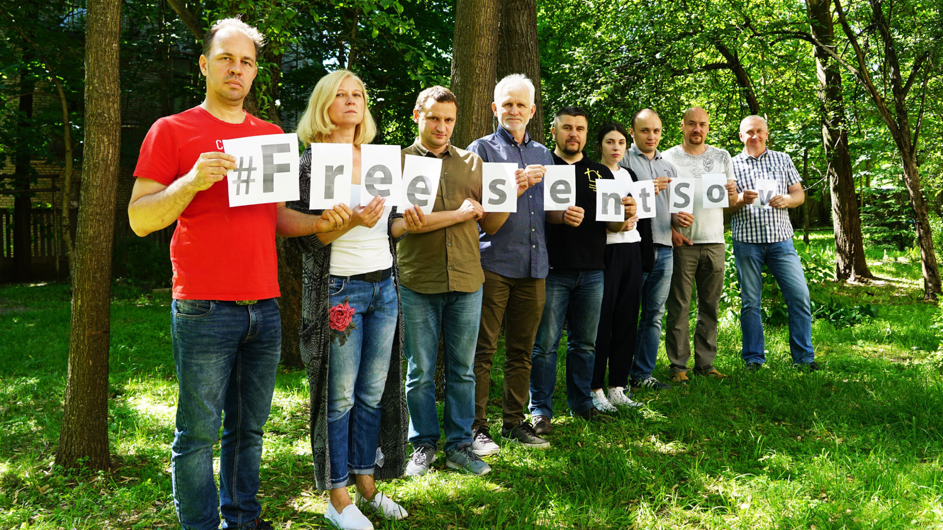 The goal of the action is to support the Ukrainian filmmaker sentenced to 20 years imprisonment in the Russian Federation. Oleg Sentsov has been on hunger strike since 14 May in protest against the illegal imprisonment.

Viasna has demanded his immediate release, while Belarusian PEN Center members signed the PEN America letter. Writers Andrej Khadanovich and Uladzimir Liankievič have translated into Belarusian two stories by Oleg Sentsov, while The Legal Initiative has filmed videos in support.

The Belarusian Human Rights House calls on everyone to draw attention to the case of Oleg Sentsov.  You can support the filmmaker by a post in social networks tagged #SaveOlegSentsov and #FreeSentsov.

Human rights organisations from across the network of Human Rights Houses have been a part of the international action for Crimean political prisoners.