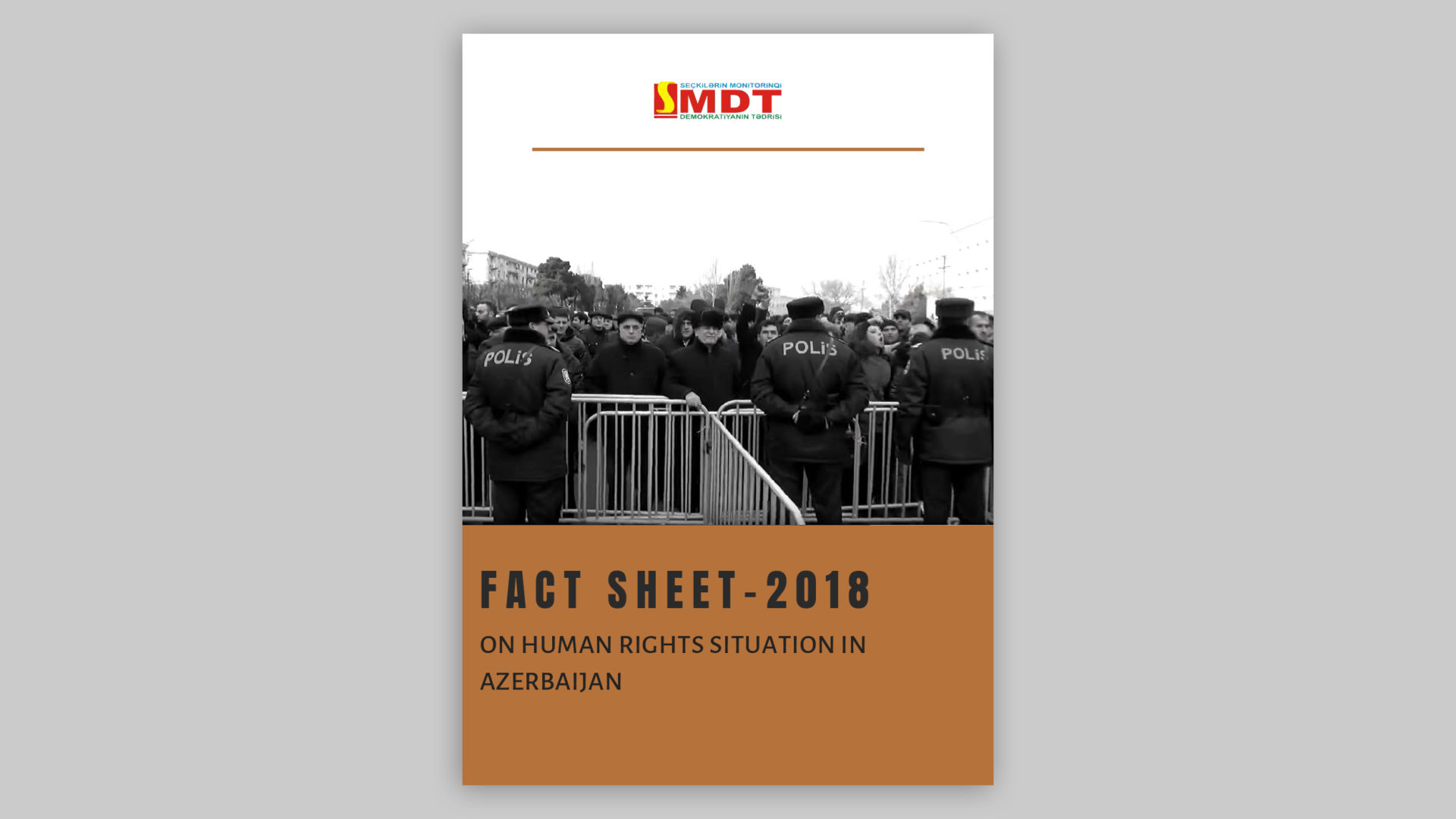 EMDS records 484 violations in Azerbaijan in 2018

Almost half of the 484 violations recorded relate to freedom of expression and the right to a fair trial, according to the Election Monitoring and Democracy Studies Centre (EMDS), member of Human Rights House Azerbaijan.

Published in January 2019, EMDS’s Fact Sheet 2018: Human Rights Situation in Azerbaijan provides an overview of violations in Azerbaijan by category, providing context and cases in each.

Freedom of expression also remained limited, according to EMDS, with 10 journalists and bloggers were behind bars. No imprisoned journalists were released. On the contrary, on 12 January 2018, the court sentenced Afgan Mukhtarli, an Azerbaijani journalist living in exile in Georgia, where he was kidnapped by the security forces, to six years in prison.

The authorities also increased the blocking of independent news websites starting in the summer of 2018, with the number of blocked news websites rising to 40.

The 97 violations to fair trial rights included lack of independence in court decisions, the inefficiency of the judiciary system, and complete reliance in cases of torture on testimonies of law enforcement officers.

Two lawyers were disbarred from the country’s Bar Association while four lawyers’ memberships were suspended. All of the targeted lawyers were among the few legal professionals defending the rights of government critics and political prisoners. Prison terms of three political prisoners – Mammad Ibrahim, Telman Shiraliyev and Elnur Javadov – were extended with new charges just a few days before the end of their sentences.

Some 32 (6.5%) of the violations recorded related to freedom of assembly. EMDS presents the case of two opposition rallies organised by the National Council of Democratic Forces, an umbrella opposition organisation, during the 11 April 2018 Presidential Election period. In this case, the police summoned around 150 opposition members across the country and the court sentenced 21 of them to 15-30 days of administrative detention.

Calls to eliminate obstacles to the operation of NGOs introduced in 2013-2014 were not addressed in 2018, find EMDS. Legal impediments to the registration of NGOs, their financing, and hefty fines remained unchanged. The authorities limited the freedom of association of opposition parties and organisations. Nine opposition members were jailed on criminal charges and 48 were administratively detained in connection with the freedom of association. In May 2018, five members of the Popular Front Party were arrested for illegally financing the party.

Report on freedom of movement and politically motivated travel bans

This EDMS report informs the public, state bodies, and international organisations which Azerbaijan is party to about legal problems and consequences created by the discriminative and discretionary application of travel restrictions. It also provides recommendations as to their resolution.

The level of travel bans imposed on independent journalists and civil society activists remained unchanged in 2018, as reported by EMDS. Activists, journalists, opposition members and human rights defenders, who were subjected to travel bans, claimed that the government used these restrictions as a measure of punishment. Domestic courts dismissed the attempts of activists to challenge the travel ban due to the political motivations behind the restrictions.

The report specifically gives the details of travel restrictions on, among others, human rights lawyers Intigam Aliyev and Asabali Mustafayev, journalist Khadija Ismayil, and chair of the Azerbaijan Lawyers Association Annaghi Hajibayli.

EMDS calls for the Parliament to improve domestic legislation to address travel restrictions, and for the government to end the practice of using travel bans as a tool of political pressure. EMDS calls for the Azerbaijani government to adhere to the requirements of relevant documents of the UN and the Council of Europe, and the case law of the European Court of Human Rights, with regard to travel bans. 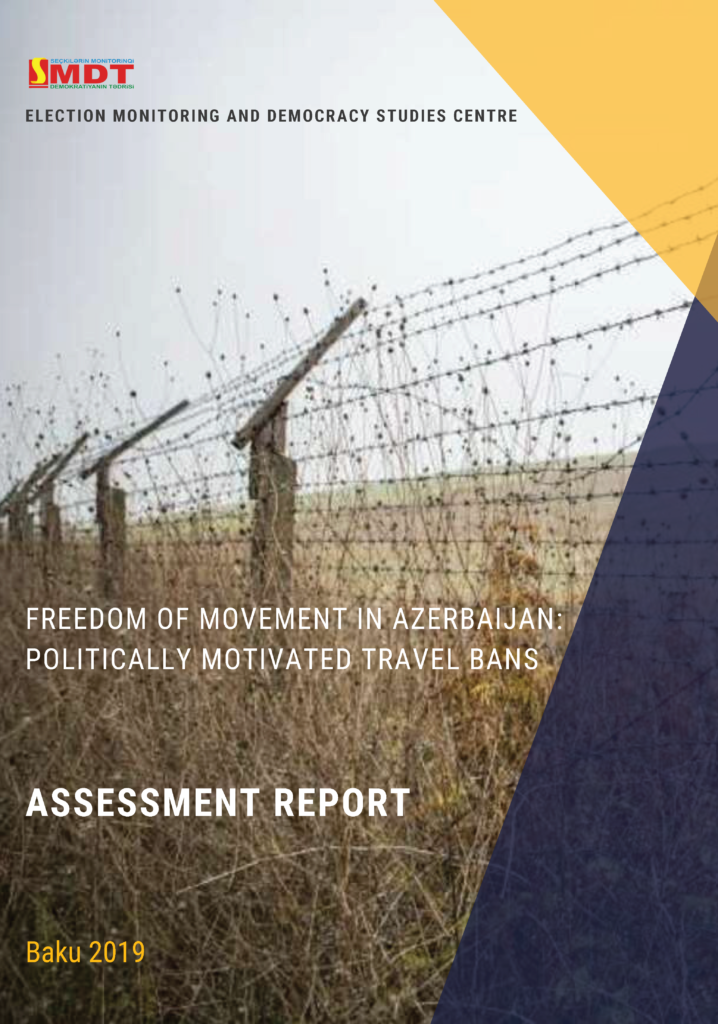