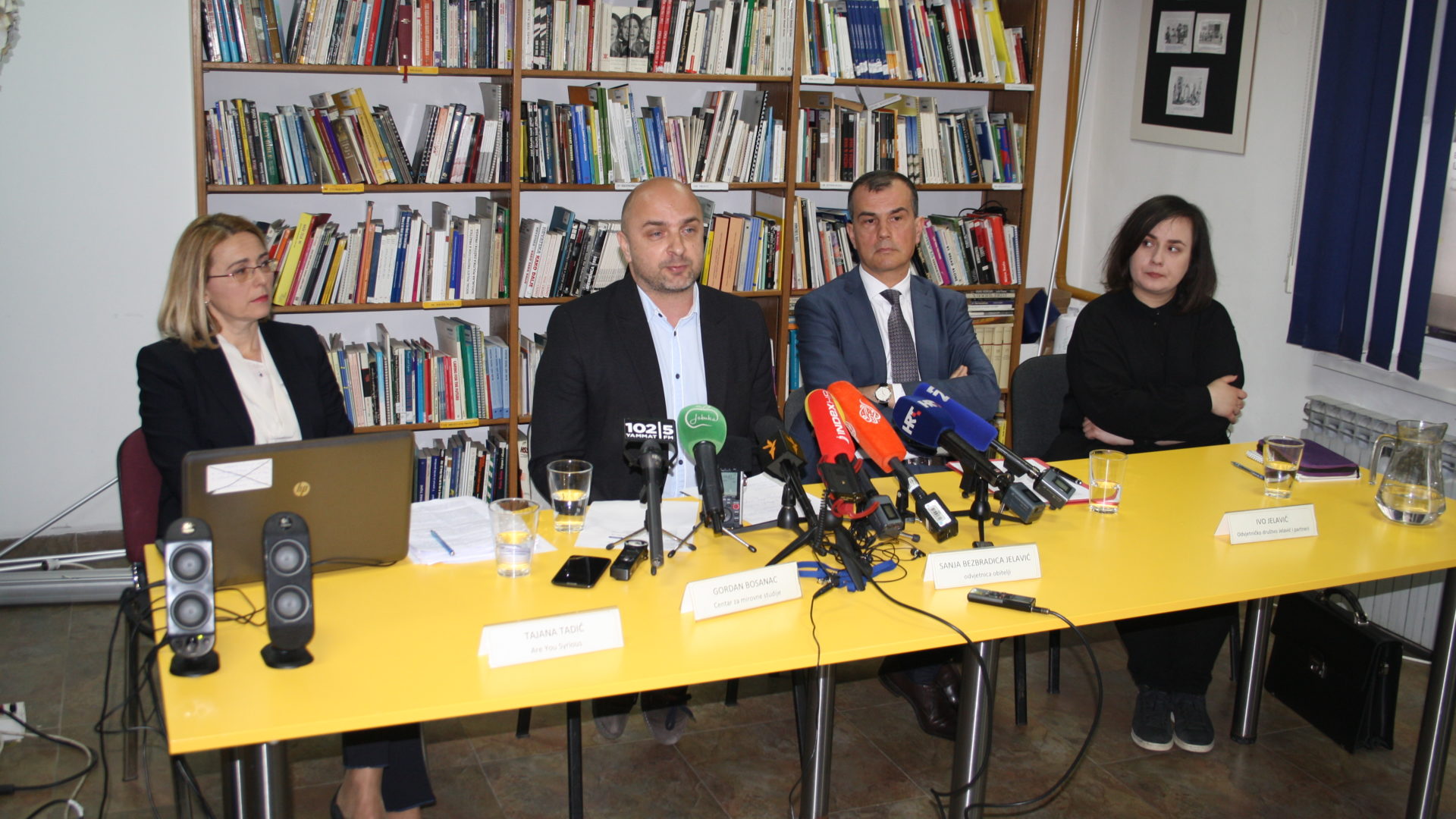 Organisations Centre for Peace Studies and Are you Syrious? (AYS), and human rights lawyers Sanja Bezbradica Jelavić and Ivo Jelavić, are concerned about pressure being put on their office, which regularly represents refugees, and on human rights activists of organisations providing legal and humanitarian aid to refugees in Croatia.

Bezbradica Jelavić represents the Hosseini family of Afghan refugees in legal proceedings in Croatia, including in criminal proceedings against the Croatian Ministry of Interior regarding responsibility for the tragic death of the family’s six-year old daughter Madina, who was hit by a train in Eastern Croatia. She reports that police are refusing to allow her access to her clients – claiming that she is not authorised to represent them, despite the family giving her power of attorney in the presence of numerous witnesses and an interpreter.

“The police – against whom the family filed criminal charges together with the support of their attorney and civil society organisations – are now leading the process of deciding whether to grant international protection to the family, and have the exclusive right of access to the family. This is unacceptable and violates the rule of law,” stressed Gordan Bosanac, from the Centre for Peace Studies and Human Rights House Zagreb.

In addition, the police announced that they would initiate misdemeanor proceedings against a volunteer of Are you Syrious? for aiding Madina’s family in an illegal border crossing, even though he clearly confirmed that he helped them after they entered Croatia, by escorting them to the nearest police station to request asylum. At the same time, the lawyers representing Madina’s family, Ivo Jelavić and Sanja Bezbradica Jelavić, have faced intimidation from the police and PN USKOK.

For this reason, Platform 112 – a network of NGOs dedicated to the preservation and promotion of the rule of law, and coordinated by Human Rights House Zagreb – expressed their support for the protection of the human rights of refugees in Croatia. They called on Croatian Prime Minister Plenković and Minister of the Interior Božinović to immediately cease the intimidation of human rights activists and lawyers, and warned that these disturbing actions violate some of the fundamental rights not only of refugees, but also of citizens of the Republic of Croatia.

Members of @areyousyrious and @CMSZagreb say the police is exerting pressure to divert attention from an investigation into the death of Madina Hussiny https://t.co/ZaP3u9ecnK #Croatia @mup_rh

Human rights organisations warn that the intimidation and attempts to discredit the power of attorney are attempts to conceal and muddle the case of Madina’s death, which the Ministry of Interior is accused of.

“In this case, it is significant that the family filed criminal charges against the MoI due to the death of their child, that the MoI lost the images from their thermal imaging cameras which are the key evidence in the criminal proceedings being brought against them, and that the MoI is now responsible for deciding on the families right to international protection, as well as on their detention and isolation,” stated Bezbradica Jelavić.

Bezbradica Jelavić filed a request to the European Court of Human Rights (ECtHR) for an interim measure, to which the Court promptly responded, urging the police to put the Hosseini family in adequate conditions while they await the decision about their application for international protection. The police are disregarding the response of the ECtHR, taking no actions and continuing to keep the family in detention, without access to the attorneys who represent them before the ECtHR and in the criminal case.

This is another instance of violations of refugees’ rights that have been detected in Croatia.

Human Rights House Zagreb, in its annual report Human Rights in Croatia: Overview of 2017, warns that unlawful pushbacks of refugees from Croatia’s territory, even after they expressed their intent to seek asylum, are a common practice at the borders with neighboring countries, but also far inside the Croatian territory.

Last year, 3,242 persons were illegally pushed back to Serbia, making Croatia the country with the highest rate of expulsions in the region. Human Rights House Zagreb cautions that this violates provisions of international and national legislation, according to which a person who expresses intent to seek asylum must be given access to a procedure for determining the merits of their application. This is regardless of the manner in which the person entered the country. Likewise, the Croatian Act on International and Temporary Protection prescribes that a person may express intent to seek asylum at the border, in any police station in Croatia, or in a reception centre. It does not prescribe places where international protection cannot be sought.

Human Rights in Croatia: Overview of 2017